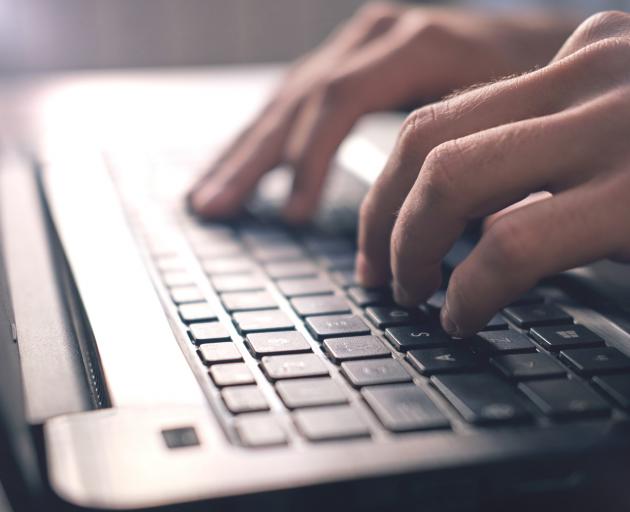 About 30 percent of New Zealanders with levels of income or education and 42 percent of people with disabilities lack essential digital skills, the report found. Photo: Getty Images
More needs to be done to address the growing digital divide, or those already disadvantaged in society will fall even further behind.

BNZ's latest Digital Skills Report estimated 700,000 adults - or 20 percent - do not have the digital skills deemed essential for modern life.

People who are on low incomes, have lower levels of education or have a disability are less likely to have the digital skills they need to get by, according to the report.

"For example, around 30 percent of people with low levels of education or low incomes are found to lack essential digital skills. For New Zealanders living with a disability, this figure jumps to 42 percent," he said.

"By not urgently addressing this digital divide, we face the threat of entrenched inequity as these people become less able to engage with society and the economy. This risk will only worsen as the digital transformation picks up pace with more of the economy, social services, and our lives in general shifting online."

Access to devices and internet was crucial, and providing lower cost options for people who are unable to afford them would help break down a barrier to digital inclusion, Conway said.

However, that would likely require a coordinated response from government, the private sector and non-government organisations.

The report also found close to 40 percent of people - or 1.3 million - do not know where to get help to stay safe and secure online.

"The idea here is that we're finding out what Kiwis can and are not so good at doing online, so we can use that to target digital skills, initiatives to where they are most needed and cover the topics where New Zealanders are at the weakest levels of digital skills," Conway said.

He said this survey was the first, which aimed to set a benchmark.

"Our intention is to rerun this work every year so as we work to improve New Zealanders' digital capability, we'll be able to track how we are going through future versions of this digital skills survey."

Conway said this survey targets the general population but there is a plan to run a digital capability report or survey across small and medium size enterprises.

"There's talk about doing one across the agriculture sector, so again just drilling down into more details and see the lay of the land in terms of New Zealanders' digital skills across different groups of the population."

Conway said more details on BNZ's work to tackle the problem will be announced in few weeks' time.