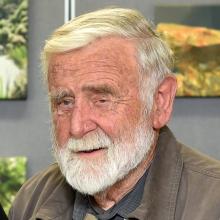 The Government has ordered an inquiry after about 4100 people in the town were hit by gastric illness, and about 500 of the cases were confirmed to be due to campylobacter.

The local council has said the contamination most likely came from cattle, sheep or deer faeces.

Prof Alan is chairman of Wise Response, a group seeking more sustainable environmental management and to ''address the risks of deteriorating water quality''.

The illness outbreak in Havelock North was ''absolutely unacceptable'' and should never be repeated, he said.

He had been ''not at all surprised'' to hear of the outbreak.

The Crown had in recent years been promoting increasingly intensive agriculture and ''business as usual in terms of economic development''.

But this outbreak highlighted a ''huge problem''.

The reality was that New Zealand's agricultural economy could flourish only if ''the environment that underpins it is sustainable''.

Many people thought drinking water just came ''out of the tap'' but sound environmental planning, practices and management were needed to ensure drinking water sources were fully protected.

The catchment area for much of Dunedin's water supply had been soundly protected within the 21,000ha upland Te Papanui Conservation Park, where indigenous tussock played a crucial role in capturing the water needed by city residents.

Many of the detailed facts involved in the recent Havelock North outbreak had yet to be fully clarified, and that would be undertaken by the planned Government inquiry.

But he emphasised that it would be a mistake to regard this illness outbreak as simply an isolated incident that could never be repeated elsewhere.

Many other areas, such as the Canterbury Plains and Waikato, where intensive farming was undertaken, were also at risk of similar problems, and such areas needed to be ''carefully managed''.

But the presence of nearby intensive agriculture and any subsequent disturbance of the ground - such as drought conditions that produced cracks, followed by flooding that allowed water to infiltrate - could damage that protective earth barrier.

Some New Zealanders were being put at risk of ''serious disease''.

He hoped that the eventual Government inquiry report would be something to be proud of, and it was ''extremely important'' that this should contribute to a deeper rethinking of the way ahead for sustainable management.