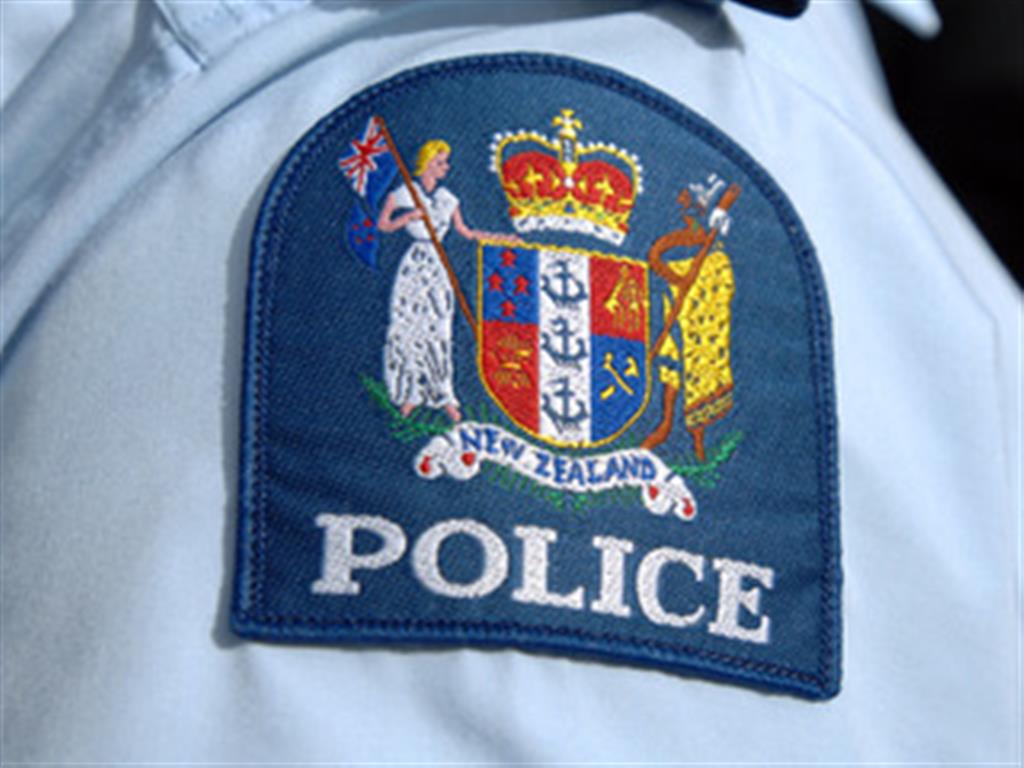 A officer has now been suspended amid sexual harassment allegations. Photo: ODT

A whistleblower warned police bosses about an alleged sexual assault involving a senior Northland officer - but no action was taken until the woman laid a formal complaint six months later.

The officer is now under criminal investigation, as well as a separate inquiry by the Independent Police Conduct Authority, after the woman laid an official complaint in April of historic sexual abuse and harassment.

The officer has now been suspended and two senior detectives flew to Australia last week to interview the complainant, who was the victim of a domestic violence case the officer investigated nearly 15 years ago.

However, the Weekend Herald  reported it was leaked a letter addressed to Police Commissioner Mike Bush and Superintendent Russell Le Prou, the Northland district commander, who were warned about the potential for a sex "scandal" involving the same officer.

Comm Bush's office forwarded the letter to the Northland District to follow up.

The anonymous letter, dated November 2015, was penned by a "serving senior officer" in Northland raising concerns about how Shannon Parker, who runs a police watchdog website, was being treated.

Ms Parker is an advocate for the woman who made the serious sexual allegations against the officer.

The whistleblower was concerned about a growing rift between Ms Parker and the Northland police district after a string of concerns she had raised about various matters, many of which were upheld.

"We have stabbed a bear and missed its artery. Now we have an angry, injured bear that we have no control over and no community with," said the anonymous officer.

"No opportunity to investigate anything, fix anything or consider our position on any allegation."

The letter writer stated Ms Parker was planning on writing a book and knew about the senior officer "having sex with a victim after being dispatched to a property".

"A data dump of scandals will induce a media storm and hit us hard," the whistleblower wrote.

"As things stand now, police won't know about it until a media request comes in or that book is published.

"Crime is up. Resources are low. Pressure is high. Negative media attention is on the rise. Complaints against police are skyrocketing. We have underestimated Ms Parker.

"Perhaps the order of the day is a chat and handshake so we can get some perspective on this long term." 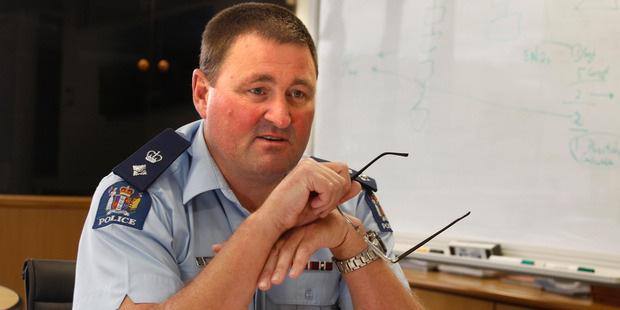 A police spokeswoman at first refused to answer questions about the "alleged" letter and treated the enquiry as a request for the letter to be handled under the Official Information Act requests.

When the Weekend Herald supplied the letter to police, the spokeswoman confirmed the anonymous letter had been received.

The sex allegation was one paragraph in a five-page letter which mostly focused on "the writer's concern for, and admiration of, Ms Parker," the police said in a statement.

No times or dates are given and neither is the name of any complainant, said police.

"Police considered that this single paragraph (a vague comment via two anonymous sources) did not provide a basis upon which to launch an investigation. No further information was forthcoming which altered that view."

The police officer was not spoken to about the sex allegation and the letter was not forwarded to the IPCA.

"Furthermore, police also had, and continue to have, doubts about the authenticity of the letter and whether it was in fact sent by any serving or past police member."

The police source who leaked it to the Weekend Herald had no doubt about the authenticity of the letter.

"Bits and pieces about the letter just kept coming out around the station. Lots of guys were told if they had any concerns they wanted to discuss to come forward," said the source.

"We all knew that was a ploy.

"No action was taken, no investigation was undertaken and no one interviewed or asked Shannon Parker because she is known for telling us what we don't want to hear."

Ms Parker said she was unaware of the letter until contacted by the Weekend Herald and confirmed several details, including the book mentioned by the anonymous writer.

She laughed at the inference she might have written the letter, as some details in the letter - such as an allegation Ms Parker was having an affair with a former high-ranking officer - were wrong.

"That would be embarrassing if that was ever made public, there's no way I would write that."

Ms Parker confirmed police had not contacted her about the allegations against the officer until she went public last month.

"It's disappointing to hear that police were notified of a potential issue involving a senior Northland officer and failed to take any steps to check the validity of the claim."

Ms Parker, who runs the New Zealand Police Conduct Association website, deals with complaints against the police from all over the country.

In her opinion, the Northland district was the most difficult to deal with.

After raising a string of concerns last year, Ms Parker said she was told not to contact Northland police and, in particular, the officer in charge of investigating misconduct allegations in the district.

Some complaints she raised, which were dismissed by the police, were later overturned by the IPCA.

"I'm not surprised by the contents of the letter as I have found any matter relating to me personally in Northland has been met with very little care or professionalism," said Ms Parker.

In response, police said Ms Parker had been treated with nothing "other than courtesy and respect by police at all times". 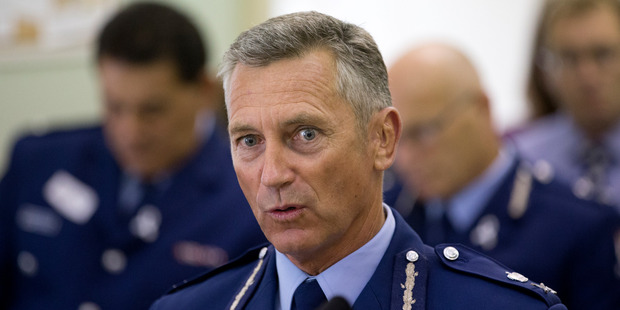 However due to the "disproportionate amount of time" spent on complaints, police said Ms Parker was told to take concerns directly to the IPCA rather than Northland staff.

Warren Young, general manager of the IPCA, confirmed police had not forwarded the letter, even after multiple investigations into the sex allegations were launched in April.

Asked whether police should have forwarded the letter, Mr Young said: "I cannot answer that question without knowing exactly who received the letter and when.

"We are making further inquiries about it."

Six months after the letter was sent to police, Ms Parker went public with the woman's complaint in April and the multiple investigations are now underway.

The Weekend Herald has chosen to not name the senior officer at the centre of the allegations at this time.

But he has been stood down pending the outcome of a criminal inquiry, an employment investigation, as well as the IPCA probe.

The Weekend Herald has obtained the woman's written statement to the IPCA, which said the alleged harassment began after the officer arrested her partner on domestic violence charges in 2002.

She received a few "kind and thoughtful" text messages but the complainant said the officer became a "bit too friendly"; buying her flowers, asking her out for dinner and giving her a nickname.

"He asked me out for dinner and wanted me to wear a red or black dress. I declined and felt a bit weird about it. He then arrived at the house with wine and pizza."

Even though the woman, who was in her mid 20s, began to feel "uncomfortable with the situation" she said she felt pressured to engage with him as he was dealing with the case against her partner.

"I didn't know what to say or do so just lay there scared and in shock.

"I was just frozen and silent. I had gone through two violent relationships and was still sorting out the mess of those.

"He was so much older than me, was meant to be helping me and I was relying on him.

"I was disgusted but a part of me felt like I couldn't say anything because he was the police and I needed his help at the time."

The criminal inquiry comes after several turbulent years in the Northland police district, including low morale, lack of staff - addressed last year after a spate of homicides - as well as the conviction of a senior detective for drug dealing.

Mike Blowers was a detective sergeant in charge of organised crime when he stole 34 grams of the Class-A drug from the exhibit locker at the Whangarei police station.

The Weekend Herald previously revealed how Northland police targeted a whistleblower before investigating the allegations against Blowers seriously.