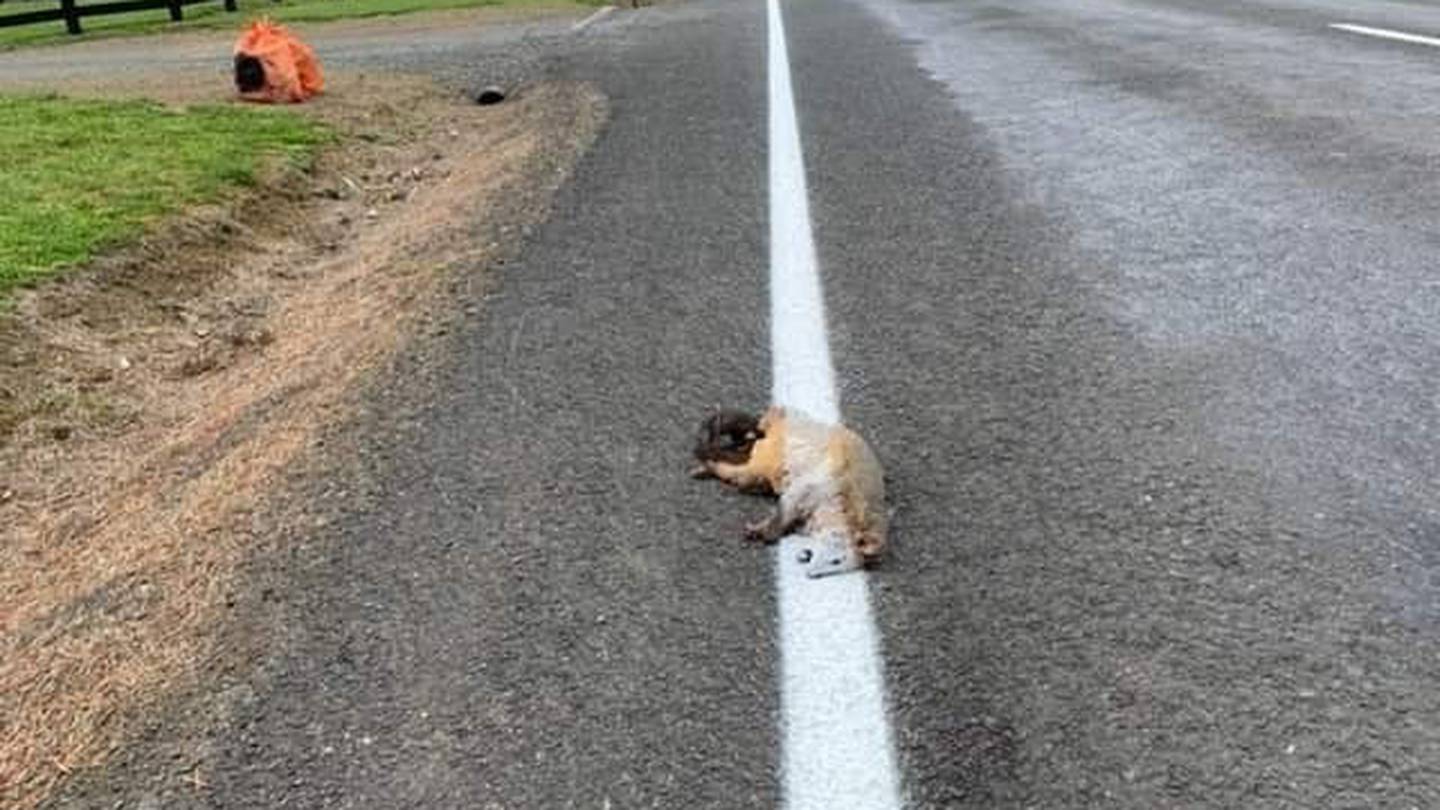 The possum was painted over. Photo: Supplied via NZH
Photos have emerged of a fresh white line painted over a squashed possum on an Auckland road, prompting questions about whether roadworkers should have moved the pest.

The photo, taken yesterday on Cape Hill Rd in Pukekohe, was posted to Facebook with the comment: "Nice new paint job on the road up Cape Hill today- you had one job".

Auckland Transport has admitted to the mistake and promised to rectify it.

Comments on the photo were split between those who were upset by it and those who could see a funny side.

One said it was "disgusting" and argued that the animal could have been moved.

"It's attention to these types of situations that leaves a good or bad impression," someone else claimed, in a comment directed to Auckland Council.

"It may be a possum, but it only takes a few minutes to bury."

Another commenter argued moving the animal wasn't worth the effort: "Screw touching that disease-ridden filth. Paint that thing and carry on."

Another comment pointed out: "To be fair he did have one job and he executed it perfectly. It's just a shame he didn't have a second job to remove roadkill first"

One comedian noted that possums are "heavy sleepers during the day".

Another said: "With animal cruelty, you have to draw the line somewhere."

An Auckland Transport spokesperson admitted to the Herald that its contractor had made a mistake in painting the pest.

"Oops sorry, we missed that on a dark country road," it said in a statement.

"We've asked our contractor to remove the possum and to repaint the line."