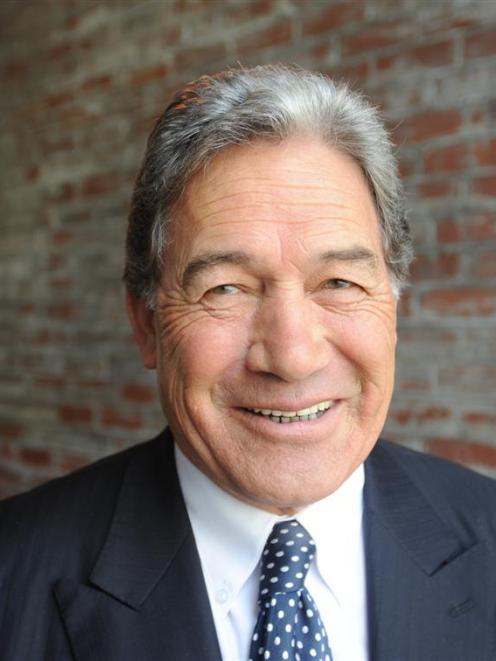 Dame Jenny, the Financial Services Council chairwoman, said yesterday the agreement was needed to enable New Zealanders to plan and save enough for a comfortable retirement.

Ageing and retirement income was again the big conversation and it could not wait, she said at the Future of Super Conference.

However, back in 1997, Dame Jenny campaigned strongly against a suggestion by New Zealand First leader Winston Peters for the introduction of compulsory super.

Mr Peters has campaigned for compulsory savings for more than a decade, and told the Otago Daily Times in a previous interview it was a tragedy National and Labour had both rejected his proposals in the past.

In 1997, Mr Peters went head-to-head with Dame Jenny over the need to introduce compulsory super.

Mr Peters' proposal was resoundingly rejected in a referendum.

Mr Peters said yesterday it was ''breathtaking'' someone such as Dame Jenny, who had limited experience of financial services, had experienced a ''Damascus-like conversion'' to superannuation.

He warned the change of heart from Dame Jenny was an ''insidious attempt'' to control the whole industry.

''No-one should be fooled. We supported KiwiSaver and that's why it exists. We supported the Cullen fund, we had the extra votes to get this across the line.

"What was National's record on this? They opposed both.''

The Financial Services Council wanted to control the millions of dollars which would pour into the industry through its proposals and NZ First would oppose it on every way possible, Mr Peters said.

''Otherwise, the pension fund collapses in the United States would be the legacy in New Zealand.''

Dame Jenny said a new retirement income policy was needed to update the 1993 agreement which was based on forecasts long since overtaken on longevity and the number of New Zealanders entering retirement.

The numbers and the retirement funding landscape had changed since 1993 with the introduction of KiwiSaver.

The council proposed gradually increasing the contribution rate of KiwiSaver by 1% a year, split with the employer, until it reached 7%. That would allow the purchase of a second pension to provide a retirement income double of New Zealand super.

The council also wanted a new KiwiSaver 1% starter contribution rate to get people into the scheme and wanted to keep New Zealand super as it was.

Council work showed on the current policy settings, people needed to save 10% of their income every year for 40 years from age 25. That escalated to 50% of annual income needing to be saved if they left it until they were 55.

''That rate can be reduced to 7% annual KiwiSaver contribution rate with sensible tax and investment policies,'' Mr Neilson said.