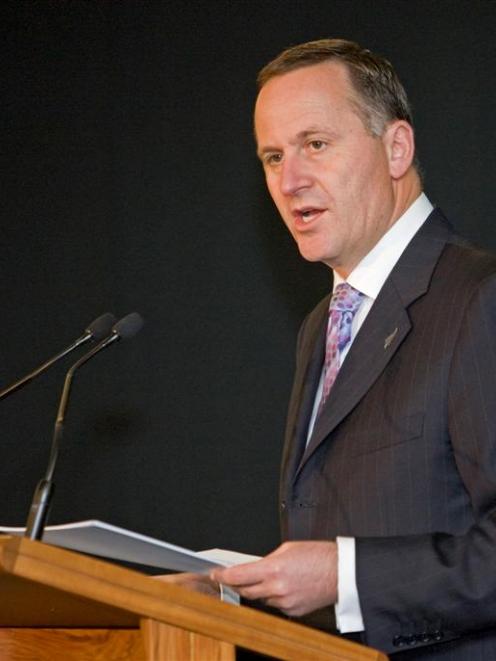 Maori Affairs Minister Pita Sharples had backed a taxpayer funded Maori Television (MTS) $3 million bid for 16 games in the 2011 Cup which was then gazumped by a last minute TVNZ bid.

That move caused tensions between the Maori Party which Dr Sharples co-leads and the Government it supports. It also saw a bidding war likely as iwi decided to put up funds to increase the MTS offer.

Mr Key and Dr Sharples jointly told media this afternoon that they had got TVNZ, TV3 and Maori Television (MTS) to meet in Auckland to discuss a joint bid to be led by the Maori broadcaster.

"It's certainly not in New Zealand's interests to have a bidding war, it might be in the IRB's (International Rugby Board's) interest," Mr Key said.

"We are very hopeful a successful outcome can be achieved and progress can be made." Dr Sharples said the meeting was being held to find a way to put together a joint bid led by MTS but guaranteeing TVNZ and TV3 the same entitlements they sought in their separate bid.

"Our expectation is that there will be only one bid on the table and it will be a Maori (Television) led-bid and it will be subbed (sub-contracted) out to other groups as well." Dr Sharples said today's development was a win for his party and Mr Key admitted that his ministers' handling was not the best.

There was a lack of coherence and ministers should have got together to thrash out a single approach, he said.

"I think it's been not a good process on our side but you learn from these experiences.

"I think the Maori Party has played a really important leadership role here. Pita's been very keen to see a good outcome both for the Rugby World Cup tournament, for all New Zealanders and actually for the Maori culture as we use this Rugby World Cup and Maoridom to deliver a world class event."