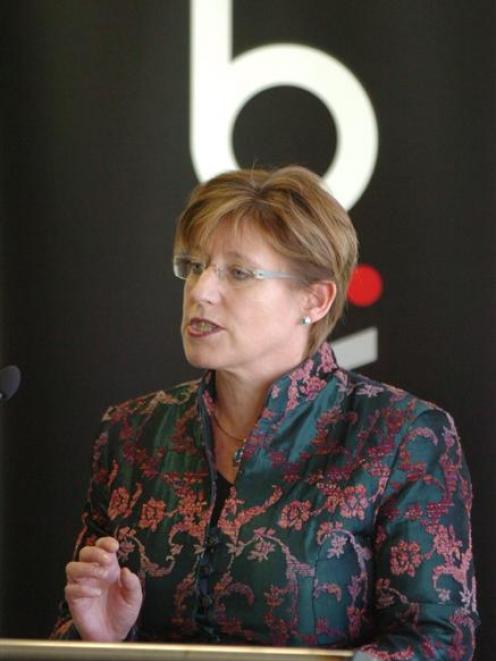 Lianne Dalziel says import tariffs will be held at 2009 levels for two years. photo by Linda Robertson
Christchurch must not be used by the Government as a "scapegoat" to push asset sales and public sector cuts, Labour MP Lianne Dalziel told a public meeting in Dunedin yesterday.

The Christchurch East MP said she could "read opinion polls" and understood why the Government would be confident about this year's election.

It was after the November election she feared seeing cuts and asset sales, by a National-led Government with a "mandate".

The cost of rebuilding Christchurch should not be used as an "excuse" for selling assets and cutting services.

Christchurch people were particularly vulnerable to those with political agendas .

A "collective sense of shock" remained after the February earthquake.

It had been difficult for Labour post-quake. Opposition MPs had been "side-stepped and even lied to" by the Government in the post-quake period.

Political point-scoring was not Labour's priority; it wanted to help.

Ms Dalziel had read extensively about how other cities coped in the aftermath of disasters, and feared the Government was taking the wrong direction with Christchurch.

Ms Dalziel criticised the Canterbury Earthquake Recovery Authority as being another government department, and feared the dreams and wishes of Christchurch people for what the city should look like would not be heard.

It was important that cities rebuilding after a disaster remedied problems they had pre-disaster.

For Labour, the financial burden of the rebuilding was a chance to look "outside the box" - restructure the economy to favour manufacturing, introduce currency controls, and train more tradespeople.