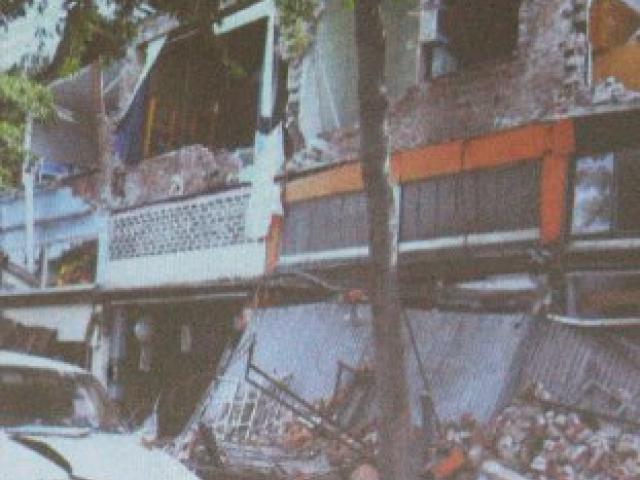 Sometimes individuals can make a difference. Sometimes their skill and persistence wins through and policies are amended. This is the case with planned changes to earthquake-strengthening requirements.

The announcement this week the Institute of Professional Engineers New Zealand has dropped its investigation into civil engineer Alan Reay is another blow for the long-suffering families of victims of the Canterbury Television building collapse.

If fire chiefs hadn't gone ''missing in action'' during the major event they had trained for, Alec Cvetanov believes his wife might have been pulled alive from the rubble of the CTV building.

There are positive signs to the Christchurch rebuild on several fronts, as its employers lead the way in the country's surge in hiring expectations and Christchurch retail and hospitality spending outstrips national levels.

The time for arguing and court cases should be over, and the Anglican Church should be left to go ahead and build its new cathedral in the centre of Christchurch.

Three years ago this week the first of the big Canterbury earthquakes occurred, the start of the life-changing events for the province and its people, and one of the biggest challenges to face New Zealand and its government in its history.

A new book looks at the shape of human-animal relationships after the Christchurch quakes, writes Andrew Stone, of The New Zealand Herald.

The Government will pay $2.9 billion towards Christchurch city centre's $4.8 billion post-earthquake big ticket blueprint projects, it's been announced today.
Shortly after hosting a successful ''Canterbury Quakes'' touring exhibition, the Otago Museum is donating $10,000 to help with the restoration and storage of earthquake-damaged heritage artefacts in Canterbury.

Christchurch Mayor Bob Parker is adamant his council will meet a two-week deadline to speed up its consenting process, as the Government threatens to step in if it does not.

A Canterbury landmark destroyed by earthquakes will be rebuilt using a $1 million donation.

A new Housing New Zealand home will be built in Christchurch every day until the end of 2015, the Government announced today.

The estimated cost of the Canterbury rebuild has been increased by $10 billion to $40 billion, Prime Minister John Key said today.

New areas of the Christchurch CBD have been reopened with the cordon lifted on all of Manchester St for the first time in more than two years.

Almost 200 Christchurch businesses have been opened or reopened since January and the population is growing as the Canterbury city continues its recovery from the 2010 and 2011 earthquakes.

The Christchurch earthquakes laid waste a city of heritage and character. They not only destroyed homes, land and infrastructure, but also shattered many historic city buildings. The fear now is that, even without the earth shaking, heritage buildings around the rest of the country will be hit.

Yesterday marked a significant milestone for Christchurch, as work began on the framework of the city's cardboard cathedral.
About 90 southern firefighters and support staff who responded to the fatal Christchurch earthquake in February 2011 will be honoured at a ceremony in Dunedin on Monday.

A man who knows what he is talking about yesterday urged communities to be as prepared as they can be for a natural disaster, even though practice routines and rules might seem annoying or silly at the time.

A touring show at the Otago Museum, which conjures up the heartbreak and hopes arising from the Canterbury earthquakes, has attracted more than 25,000 visitors, many finding it a highly emotional experience.