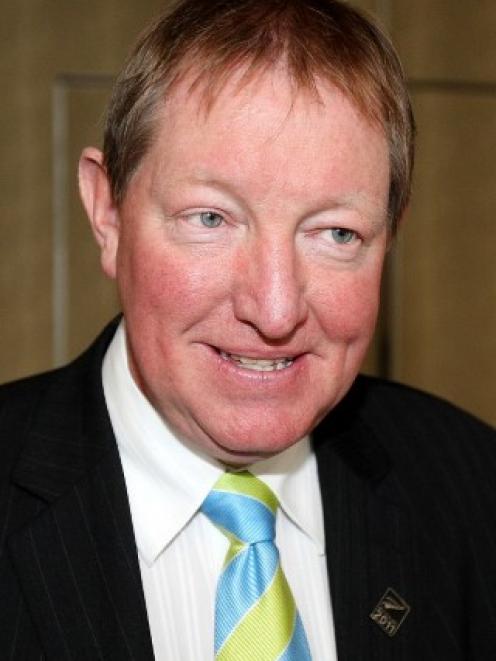 Housing Minister Nick Smith.
A new Housing New Zealand home will be built in Christchurch every day until the end of 2015, the Government announced today.

Housing Minister Dr Nick Smith has today launched a $170 million programme to help replace Housing New Zealand's city stock after 95 per cent of its properties were damaged in the earthquakes.

Contracts have been signed for 49 houses, 215 are under negotiation, 58 are in the market, 340 are out for consultation and the remaining 38 are in the planning stage.

"It will increase housing supply, provide hundreds of jobs and reinforce the momentum of the Government's earthquake recovery effort."

The new, energy efficient homes will include more one, two and four bedroom state houses to "match today's more diverse needs", Dr Smith said, while making better use of the land and building a lot more homes.

It will also indicate a shift to a mixed housing model where the Government will be on-selling some of the new homes to other social housing providers and to first home buyers as affordable homes.

The 700 New Builds programme is the third phase of Housing New Zealand's response to the quakes.

The first phase involved 27,000 urgent and emergency repairs to make properties safe, while the second phase included substantial repair work on the 5000 homes it was deemed economic to rebuild.

"This third phase is about building new homes to replace houses that are too damaged to be economically repaired," Dr Smith said today.

He was speaking at the first site of the 700 New Builds programme at 18 Wilding Street in St Martins - where a severely damaged 1947 three-bedroom house has been demolished and is being replaced by three two-bedroom units.

Dr Smith said the project is only possible because of the successful settlement of Housing New Zealand's $320m insurance claim in April.

"It has freed the corporation up from simply replacing or fixing damaged homes to being able to write-off stock that is uneconomic to rebuild and reconfiguring its housing portfolio to better meet tenants' needs in relation to size, location and quality," he said.