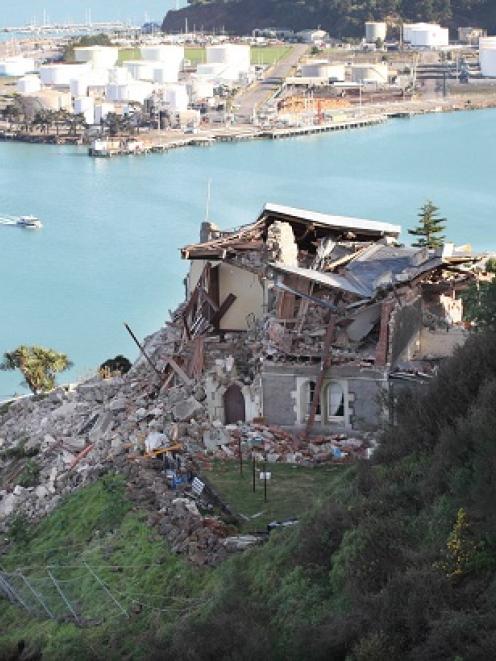 The damaged Lyttelton timeball station after the Christchurch earthquake.
A Canterbury landmark destroyed by earthquakes will be rebuilt using a $1 million donation.

Lyttelton's Timeball Station suffered irreparable damage in 2010 and 2011 earthquakes, with the site later cleared to salvage materials for a possible rebuilt.

The category one historic site had been one of only a few working Timeball Stations in the world.

"To be able to provide this gift, and help ensure the Timeball can rise again is strongly aligned with Landmark's purpose," he said.

There was potential for a larger rebuild, along with recreating the flagpole and tower, said the NZHPT board.

The Timeball Station was originally built to signal the time to ships in Lyttelton Harbour by dropping the ball from its mast on its stone tower.