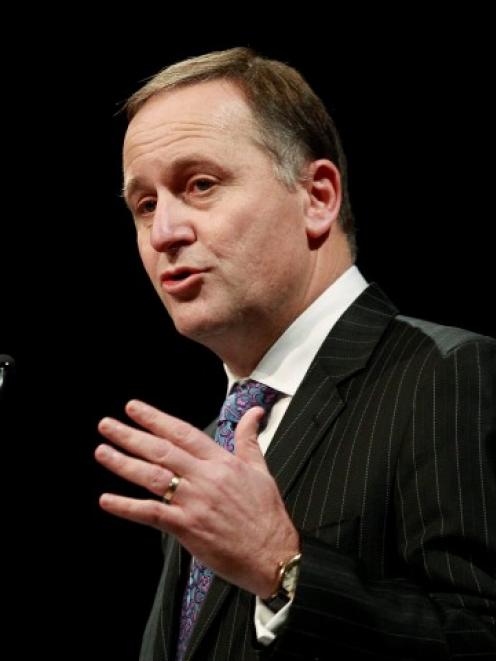 John Key
Prime Minister John Key has made it clear in Chinese media that New Zealand knows it is on notice over food safety, saying there was now "no room for error."

Mr Key did a string of interviews with Chinese media in Beijing today.

In his interview with the state run CCTV, Mr Key raised the botulism scare of last August. He said while it had been a false alarm, it showed Chinese consumers put a lot of store in safe, high quality food.

He said New Zealand was also family-orientated and knew the reliance parents put on the products they fed their children.

"There is no room for error, or for us to provide anything other than products which are safe for youngsters."

Mr Key said the purpose of talking to Chinese media was to reach the consumers. China's One Child policy meant parents were very sensitive to food scares, especially after the Sanlu melamine scandal.

He said the Fonterra incident last year had the potential to be "very damaging" to New Zealand.

"At a political level they understand the issues, what they have done and they're comfortable with the actions we've taken. At a political level, that has been appropriately handled. But it's one thing for the politicians to know that, we have to square it off with the consumers now."

He said New Zealand food demanded a high price because of its quality and there was a lot to lose if that changed.

"I'm a parent. I have a very strong sense of how precious children are. I don't underestimate that, and I certainly don't underestimate that in a culture which predominantly has a One Child policy which is only just changing. That one child is incredibly precious to those families, and I take very seriously the responsibility to supply high quality food."

Mr Key also attended a new Fonterra's agreement signing this morning, where he and Fonterra chair John Wilson toasted and drank a new brand of milk.


State media outlet Xinhua was critical of New Zealand in the wake of the scare last August, and Mr Key said he rejected those criticisms, as well as the questions it raised about whether New Zealand deserved its 100% Pure tag.

"We have strong laws and regulations in New Zealand. We will be able to point to the fact that Fonterra has been held to account. So it's not as if that matter was swept under the carpet."

His visit made the front page of the China Daily today, covering the currency trading agreement he signed off with Premier Li Keqiang yesterday. Mr Key said it showed New Zealand was "open for business."

He will meet with President Xi Jinping tonight and said further announcements would be made which shied how serious New Zealand was about expanding its relationship with China.

"Our view as a Government is that we're only a small way along this journey with China in terms of its significance to the New Zealand market."

Key has also proposed dispatching the All Blacks to China in a bid to boost links between the two countries.

Mr Key made the comment after he was greeted with a haka by a rugby team at the China Agriculture University, where rugby is a popular sport.

Mr Key said he believed the All Blacks should visit at some point.

"It's the same thing we see happen in a number of other countries, they play exhibition games and I know the Rugby Football Union have thought and are thinking a lot about this market."

"I think those guys were good. They were big and strong and young and fit."

Mr Key is a fan of sports diplomacy to build links between countries. He took former All Blacks Michael Jones and Va'aiga Tuigamala on a trip around the Pacific in 2009 and former Blackcaps captain Stephen Fleming accompanied him to India.