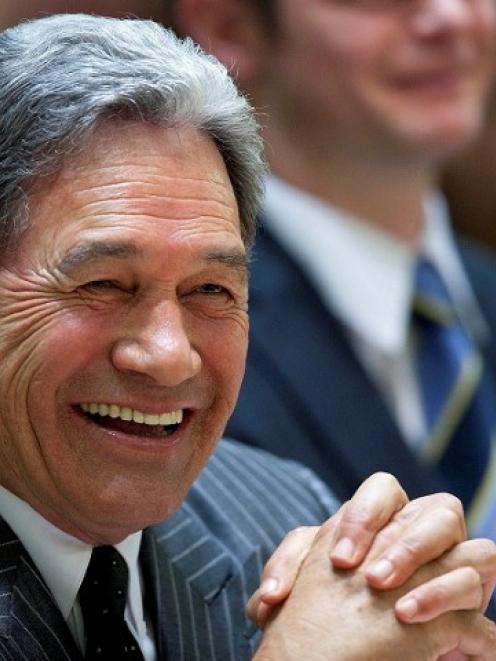 Winston Peters
NZ First Leader Winston Peters wants KiwiSaver to become a government-backed savings scheme and says the plan would be a bottom line in any post-election coalition talks.

In his keynote address to 170 party faithful in Christchurch this afternoon, Mr Peters criticised the KiwiSaver scheme as it stood as "a pot of gold" for private sector fund managers rather than savers.

He claimed those managers had sucked $325 million in fees out of the scheme since it was established five years ago, "and there's worse to come".

Mr Peters said an independent source had forecast managers would take about $22 billion in fees over the next 30 years, which he described as "legalised plunder on a massive scale".

"We'll call it the KiwiFund."

The fund would be government guaranteed and because of economies of scale and "the elimination of hordes of ticket-clipping fund managers costs will be greatly reduced".

Money from the fund would be used to invest more in New Zealand.

"Kiwis are going to buy back their land and their assets."

The fund would also give financial backing "to the winners who keep coming up with brilliant ideas and products".

"Whatever parties want to form a government in 2014, they will have to work with us to set up KiwiFund", Mr Peters said.

However, NZ First would not enter into any pre-election deals with other parties.

Mr Peters also fired broadsides at the lack of transparency and accountability in funding for Whanau Ora and other Government spending on iwi-based initiatives.

He repeated yesterday's criticism of the central government and insurance industry response to the Christchurch earthquakes.

Scheme 'made the difference'