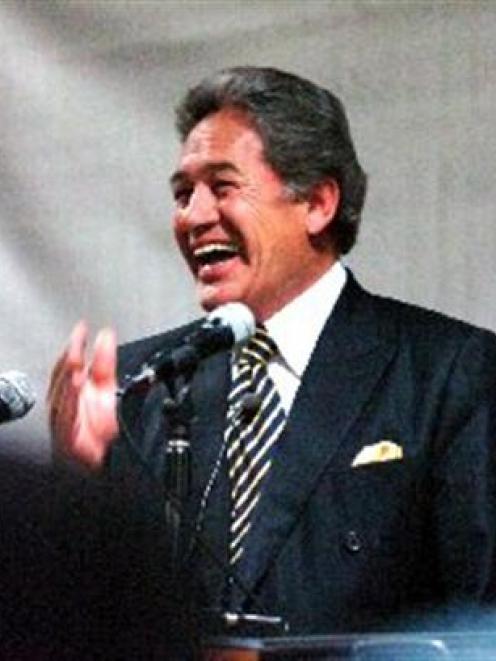 The latest annual school is devoted to "Power to the People? Public Participation in Foreign Policy" and is being held at Salmond College.

In making his two-day visit to North Korea, Mr Peters said he believed it had been "worth the effort" to try to emphasise to senior North Korean officials that New Zealand and many other governments would be prepared to help them "enjoy a serious economic turnaround" if nuclear weapons were renounced.

New Zealand had long been consistent in its anti-nuclear stance.

"We can look them in the eye. We have no ulterior motives," he said.

He believed there could be "a change for the better" from North Korea in the long term.

Earlier, Mr Peters said the concept of the public having a hand in making foreign policy was "a very modern one".

"Until recently, foreign policy was the jealously guarded prerogative of diplomats and their political masters."

But the New Zealand Government now consulted widely with stakeholders and the public as foreign policies were being developed.

In this generation, New Zealand had "carved for itself an enviable foreign policy record".

"We have done it on many fronts: disarmament, the WTO [World Trade Organisation], the Commonwealth, environment, human rights and indigenous issues.

"Whether our Government's positions have been principled or pragmatic, they have been taken in the confidence that the public is behind them.

"In a small country like ours, you cannot get away with anything less," he said.