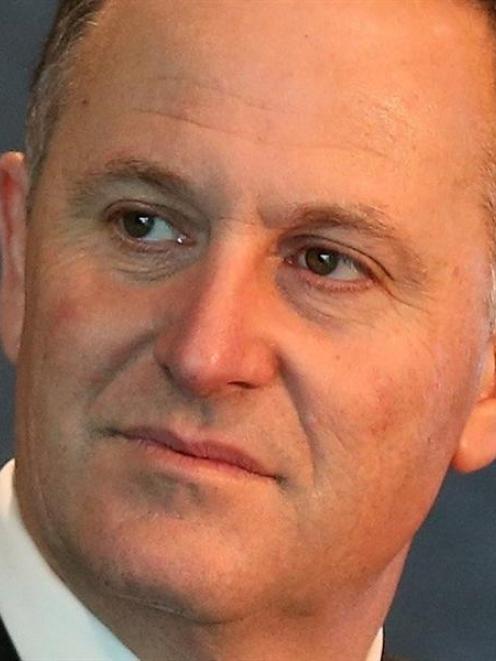 After previously saying National would not bring forward the start of the Auckland City Rail Link, in a turnaround yesterday Mr Key said his Government would now start in 2018, two years earlier than was previously envisaged.

At a cost of $2.5 billion, the rail link would be one of New Zealand's largest transport projects.

Mr Key announced another $1.25 billion to $1.85 billion would be spent bringing forward the Auckland east-west connection.

The Government intended streamlining the consent process for the roading project to assist an early start to construction.

Finally, a further $115 million will be spent on accelerating regionally significant roading projects in Taranaki, Gisborne and Marlborough, the only South Island region to feature in the spend-up announcement.

The Prime Minister will also hurt the mayoral campaign hopes of former Labour leader Phil Goff and nullify the criticism from the Labour and Green parties who have been advocating for the City Rail Link to start earlier.

Both Labour and the Greens will need to find another issue on which to attack the Government.

Housing is the obvious one, but Mr Key will task his ministers with solving the housing shortage as a priority this year.

Auckland Mayor Len Brown has indicated he will not stand at the election later this year, opening the way for Mr Goff to win.

However, a National Party-backed organisation, under the wings of cabinet minister Nikki Kaye, will now be buoyed by the spending announcements in the city.

Mr Key has now said he will stand for a fourth term; a chance for him to make history.

By staying on as prime minister past the 2017 election, Mr Key would overtake the late Sir Keith Holyoake as National's longest-serving prime minister.

Sir Keith won four elections as leader of the party, something Mr Key will be keen to emulate.

Auckland and Christchurch are the key cities for National to retain power next year and voters can expect more money to be announced for Canterbury projects as the year progresses.

So far, taxpayers are committed to about $17 billion for the Canterbury rebuild.

In his state of the nation speech in Auckland, Mr Key also spoke about the work already achieved in the country's largest city.

That included the $268million Southern Motorway upgrade, construction of the $1.3 billion on the Auckland Manukau eastern transport initiative, the $1.4 billion Waterview connection and the $200 million Te Atatu and Lincoln interchanges.

If anyone was in doubt about the importance of Auckland to the re-election chances of National, all doubt was removed yesterday.