Parker gets backup for finance role 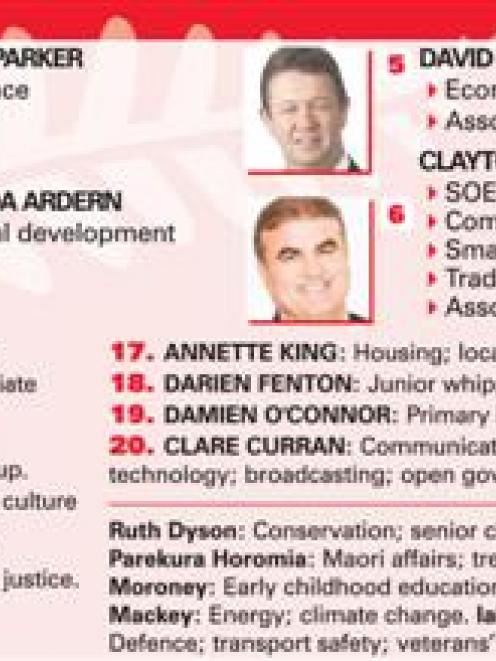 Labour finance spokesman David Parker faces a daunting task of not only taking on Finance Minister Bill English in the House but in also keeping his four associate spokesmen in line.

As expected, Mr Parker was rewarded with the finance role by new Labour leader David Shearer, after Mr Parker withdrew early from the leadership contest, throwing his support behind Mr Shearer.

While it can be argued Mr Shearer sees finance as the main focus of his new line-up, Mr Parker will need to rein in the substantial egos of the four other men. It could also be seen as a lack of confidence in Mr Parker, that he has four associates to back him up.

Mr Cunliffe was defeated as leader and is unlikely to have too many warm feelings for Mr Parker. Mr Jones completes his rehabilitation back to the front bench and will want to make his mark during debates in the House.

Mr Cosgrove, although defeated in his treasured Waimakariri electorate, is not short of confidence.

Mr Parker will find himself competing for speaking time with Messrs Cunliffe, Cosgrove and Jones.

Jacinda Ardern received the biggest promotion, to No 4 and the social development role for Labour. That will give her the opportunity to take on Social Development and Employment Minister Paula Bennett.

"I am very proud of the team who will lead the change and help lead Labour into the future. Our caucus is united, energised and ready for action," he said.

Labour's reshuffle was based on a shadow cabinet with the top 20 MPs ranked. The remaining members were not ranked but were listed in order, based on their seniority.

Dunedin South MP Clare Curran is No 20 and retains her communications and information technology and broadcasting roles. She also picks up open government and disability issues.

Mr Shearer has moved Maori affairs off his front bench. Former Maori affairs minister Parekura Horomia retains the role but he is not ranked in the top 20.