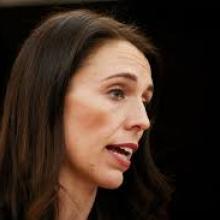 Jacinda Ardern
Prime Minister Jacinda Ardern has responded to criticism the Government is focusing too much on forming working parties rather than implementing policy.

Government work to involve experts and ordinary New Zealanders in solving some big challenges, find solutions lasting beyond a three-year cycle, and improve lives also had the potential to save taxpayers millions of dollars in the long-run, she said yesterday.

Otago Daily Times editorials have been critical of the number of inquiries and working parties the Government had set up, but Ms Ardern said the National Party was spreading false information.

"The National Opposition has made false claims about the extent of this work, inaccurately labelling regular government business as reviews and working groups and making inaccurate claims about how much this work is costing the taxpayer.

"Where we are doing review work, it's because the public have called for it or there are genuine issues needing to be fixed - be it bowel screening, mental health or insurance claims in Canterbury."

The review into the meth contamination was a prime example, she said.

The Government could have ignored the problem, or brought in the experts to stop more families being evicted, and avoiding unnecessary clean-up costs for landlords.

Instead, perfectly good ones sat empty. The Government was now reopening those homes.

"I'm proud we're willing to ask experts and everyday Kiwis what kind of education they want for their children and that we're giving the victims of state abuse a voice."

The cost of the extra work was about $34.5million, or 4c for every $100 the Government spent to make sure it was getting the best value for New Zealand, she said.

National Party leader Simon Bridges maintained his criticism of the Government yesterday, saying its obsession with working groups had a cost of at least $114million.

He claimed there were now 122 working groups and reviews.

The real cost came in the form of lost opportunities, he said.

"While staffers in the Prime Minister's office get plum roles reviewing the health system, designated mental health and Maori development funding have been cut by $100million."

Labour ministers were being paid "big bucks" to run panels while the children's camp in Roxburgh was being shut, Mr Bridges said.

"What's worse is the Government doesn't even know the costs of at least 45 of its reviews as the Treasury is classifying the various working groups as a specific fiscal risk."

The Government needed to shelve its review and get its priorities right, Mr Bridges said. 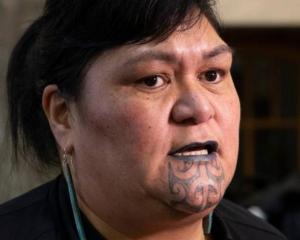