PHOTO: PETER MCINTOSH
What if you threw a party and nobody came?

That is the dilemma The Opportunities Party faces on many fronts at the moment.

It is about to relaunch itself, with a party next week.

Don't go turning up at its official address though ... you will have a very lonely evening.

While The Opportunities Party's registered home is 90 Crawford St, Dunedin, (pictured above) party secretary Ray McKeown candidly admits he has never set foot in the place.

He might like it if he did; it's a decent looking art deco style building, flanked by an IT solutions company and a lighting business.

However, it's also quite small, so it might be a squeeze if all of the 500 current financial members a party must have to be a registered political party turned up at once.

The office space is provided by a Top supporter so the party can have an official address ... hopefully someone collects the mail, given Mr McKeown is otherwise employed elsewhere. 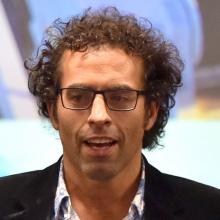 Geoff Simmons
But back to the October 3 party.

Rather than being held in Dunedin's warehouse district, the Top party party is actually being hosted in one of Wellington's better known live music venues, Meow - somewhat ironically given the much publicised views of party founder Gareth Morgan about feral felines.

In what is perhaps a sign of the times, there will be a cash bar - while Dr Morgan afforded the party a profile, his quitting as party leader in March means it no longer has the backing of his substantial finances.

This could either be a bad thing or a good thing.

Dr Morgan undoubtedly brought cash and curiosity value to Top's cause, but coverage of the party tended to focus on his typically forthright and pugnacious presentation style rather than what he was actually saying.

Dr Morgan was ultimately as much a distraction as an attraction, but he did get people through the door, and to the ballot box.

Two Dunedin events in the 2017 election campaign drew houses of 200 and 300 apiece, and Dunedin North proved to be somewhat of a Top stronghold; only in Rongotai and Wellington Central did more voters give their party vote to Top.

In fact, the party's 2017 result gives some backing to the argument that the threshold to gain a Parliamentary seat needs reviewing.

That was still only halfway to heaven, though, and the 5% threshold proved too high a hurdle to clear.

By contrast, Act, with just 13,075 party votes, has a voice in Parliament thanks to National's forbearance in Epsom.

It has maintained a busy and interesting social media presence, and the planned relaunch presumably demonstrates party leadership is convinced Top was not a one-hit wonder or a personality cult.

Its 2017 performance should see Top receive enough of the election broadcasting allocation to afford it a decent presence on TV screens in the 2020 campaign.

It will need plenty of groovers to turn up on October 3 if it is to assert it has the backing to be a house cat come 2020, rather than an alley cat. 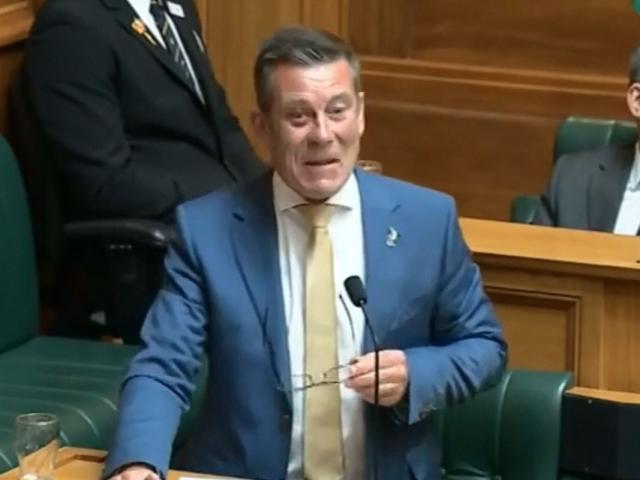 It can be argued politics is a contact sport, but rugby certainly is.

Combining the two can be damaging, as Dunedin National list MP Michael Woodhouse showed this week.

Stuart Nash said rumour suggested ``Paula Bennett gave it to him because he thought about backing Judith Collins'', but our money is on the Aussies, whom New Zealand beat 15-10.

To start with, Speaker Trevor Mallard did not hear Invercargill Labour list MP Liz Craig seek a call to speak on the Bill.

To be fair, he may not have expected Dr Craig - who lives about as far from Auckland as it is possible to be and still live in New Zealand - to have an opinion on Auckland regional amenities.

Then Mr Mallard had to ask the House for permission to go back in time and let Dr Craig speak, as he had already put the question to the House and that should have been the end of the debate.

With no objection, Dr Craig was finally able to make her worthwhile contribution to the debate: ``I'm very happy to stand in support of this Bill.''