Whanau Ora: PM 'out of her depth' - Turia 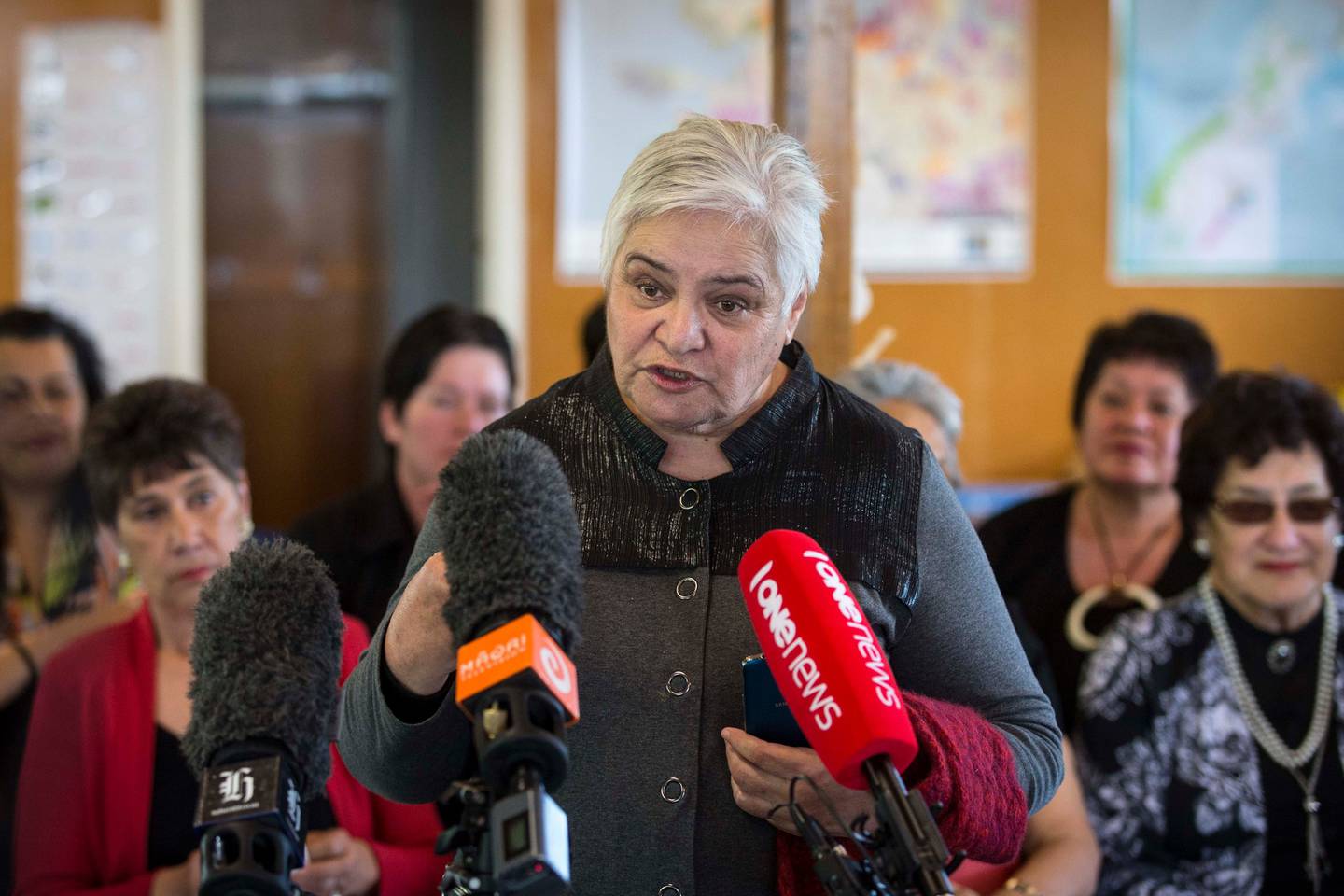 Dame Tariana Turia is one of five Māori women seeking an urgent hearing at the Waitangi Tribunal. Photo: NZ Herald
Five Māori women leaders including Dame Tariana Turia have filed an urgent claim to the Waitangi Tribunal alleging that the Government is underfunding and undermining Whānau Ora and they have told the Prime Minister they have lost confidence in Whānau Ora Minister Peeni Henare.

Turia, the founder of Whānau Ora, says Prime Minister Jacinda Ardern is out of her depth.

The five women wrote to Jacinda Ardern in November expressing concerns that Whānau Ora was being "destroyed by stealth", seeking a meeting and expressing no confidence in Henare, but have had no reply.

They say the name Whānau Ora is being used for projects other than those commissioned by Whānau Ora agencies and the brand is being "misappropriated" by the Government.

They filed a claim with the Waitangi Tribunal yesterday seeking an urgent hearing on behalf of the Whānau Ora Commissioning Agency and all Māori.

The claim says that while there was an increase in funding tagged for Whānau Ora in the 2019 Budget, the bulk of the increase was being allocated to Government-backed projects outside of the commissioning agency and that it is being bypassed and downgraded.

"We are crying out for funding to deliver for our people but the Crown remains unmoved," the brief of evidence says … We are meant to be grateful for getting anything at all.

"This is undermining us by stealth while misappropriating the Whānau Ora brand."

Whanau Ora Minister Peeni Henare. Photo: NZ Herald
Henare said he believed the claim was "politicised somewhat given the names of the claimants, given their rhetoric around Whānau Ora as though they are trying to protect something because it was a kaupapa started by the Māori Party."

Whānau Ora was an initiative of Turia's when she was co-leader of the Māori Party in government with National.

There are three commissioning agencies although only the largest one, the Whānau Ora Commissioning Agency (formerly Te Pou Matakana), covering the North Island, is officially party to the tribunal action.

Former Labour minister John Tamihere, who has fallen out with Labour, is chief executive of that agency and Raukawa-Tait is chair of the board.

The three agencies commission providers to work in a holistic way with families who want to turn their lives around, be it from drug or alcohol addictions, violence, poverty, or a combination of factors.

The three agencies have received $71 million a year between them. The Government announced a $19.8 million increase in the 2019 Budget but it turned out that only half of that was going to the Whānau Ora commissioning agencies and only $4.6 million of that to the largest one.

Turia was scathing about the Labour-led Government and Ardern.

"The Government thought it knew best.

"They cannot trust our people to make these decisions in the best interests of our families."

Turia has no formal role in Whānau Ora now but said in her visit to different organisations, she was "absolutely thrilled with the way in which the agencies have been able to build up the capacity and capability of whanau and let them get on with living their lives rather than trying to control them".

Turia also said she believed the Government's attitude to Whānau Ora was based on the fact it had been a Māori Party initiative - the party was voted out of Parliament at the last election and is trying to make a comeback.

"I just wish Labour would get over themselves and want the very best for us as a people rather than thinking they need to continue to tell us how to be and what to do.

"It doesn't work. If it worked we wouldn't be in the position we are in."

Ardern was asked for comment but referred questions to Peeni Henare.

Henare said he was very surprised by the claim to the Waitangi Tribunal. He had seen the litigants on various occasions in the past three months - and none had mentioned the issue to him.

Henare said the concept of Whānau Ora was safe under the Government but he reserved the right to change funding and administration.

Some of the increased funding in the 2019 Budget ($15 million over four years) had been earmarked to work with men aged under 30 in Hawke's Bay and Northland prisons and their whanau to improve rehabilitation.

But the programmes, dubbed Paiheretia, had yet to be designed and may or may not bypass the Whānau Ora commissioning agency. It would depend on what was already there on the ground he suggested. The commissioning agency may be involved but there would be no point in duplicating skills, he said.

Henare, the MP for the Auckland-based seat of Tamaki Makaurau, said he thought the Waitangi Tribunal claim was "politicised somewhat given the names of the claimants, given their rhetoric around Whānau Ora as though they are trying to protect something because it was a kaupapa started by the Māori Party".

"I have been quite clear … that we believe in Whānau Ora. "

Henare said he had commissioned a review in 2018 as the first step "and now we are investing in it".

"I do think there is a political motive here."

But the Whānau Ora started by the Māori Party had to change.

"There is a new government that is in charge now and we believe we can make Whānau Ora better."

The review he had commissioned into the concept of Whānau Ora had highlighted two things that were missing: buy-in from government agencies and localised commissioning which, for example, was missing from Kaitaia.

"We believe communities have their own solution so why should there be a big bureaucratic process to get the resource directed to the community that needs it," Henare said.

"It won't be that case in every single community but there are some communities that are in a good position to do that and I think those are initiatives that are worth supporting."