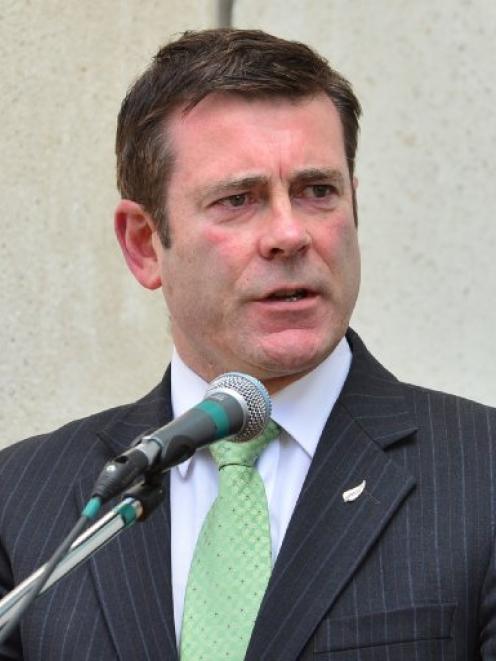 Mr Woodhouse said Mr Liu - who was involved in National MP Maurice Williamson's resignation - lobbied him in April or May at the businessman's Newmarket hotel.

The minister said Mr Liu lobbied him to change the rules of the business migrant scheme.

"We traversed a range of ... issues about how the investor category could be improved, and I took on board those issues.''

Mr Liu was seeking a new immigration category in which non-English speakers could pay less than the $10 million threshold.

The minister told reporters that while the investment categories were under review, he had no plans to lower the threshold of the Investor Plus scheme.

"We've undergone a review of the investor categories and we've found that by and large they're working very well.

"There are some possibilities for improving the way in which the categories work ... but no decisions have been made.''

Mr Woodhouse said any changes to the scheme would focus on "the way in which people invest funds, where they invest funds, and how long they need to spend in the country''.

This could include extending the scheme to migrants who invested in the Canterbury rebuild.

Mr Liu gained residency through the Investor Plus scheme, which was required for non-English speaking migrants to qualify as business migrants.

The Herald has previously reported that his plans for $70 million development in Newmarket would go ahead following "improvements to New Zealand's business migrant rules''.

Mr Liu hired professional consultants to lobby ministers to lower the threshold. When he was unsuccessful in getting Government to relax the rules, the development stalled.

Mr Williamson lobbied for Mr Liu to gain citizenship, and it was granted in 2010.

The National MP resigned on Thursday after it was revealed that he contacted police about Mr Liu's domestic violence charges in January.

He said he spoke about immigration policy at the November event "as I do at just about everywhere else in the country''.

The minister said it did not cost money to access a Government minister, and someone could get hold of him "by picking up the phone''.