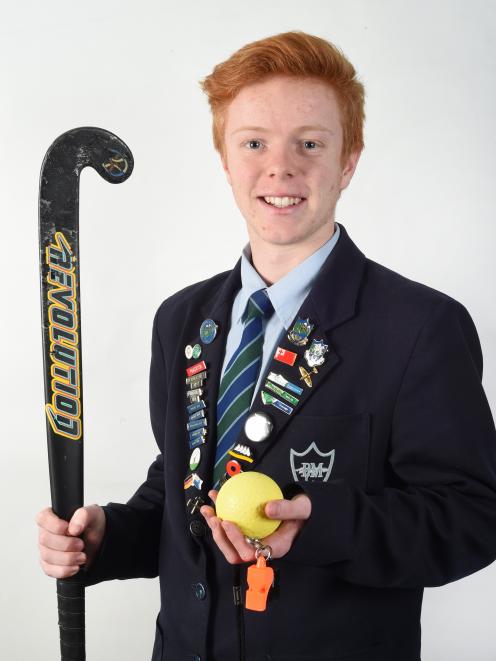 Liam Criglington (17) was just 12 when he first discovered that other doors open when one closes.

''I was playing rugby up until about year 8, and then I got a couple of concussions, which meant I couldn't play for quite a while.

''So when the new season came around, I decided to try hockey instead of rugby, and I liked it.

''I love it even more than rugby.

''When one door closes, another one opens.''

Despite only stepping on to a hockey turf for the first time five years ago, the Blue Mountain College deputy head boy has amassed significant success in the sport.

While he is an outstanding player, his reputation as a highly competent hockey umpire is growing after umpiring at the national under-13 hockey tournament and receiving a New Zealand Hockey umpiring junior badge in 2018.

He has also been a member of Southland representative cricket teams since 2017, and has won many medals at athletics and cross-country events around the region.

Liam plans to continue playing and umpiring hockey while studying for a bachelor of science degree at the University of Otago.

He wants to major in oceanography and geology, and ultimately he would like to work with scientists to help the marine environment.

Hopes for the future: To study for a bachelor of science degree at the University of Otago. 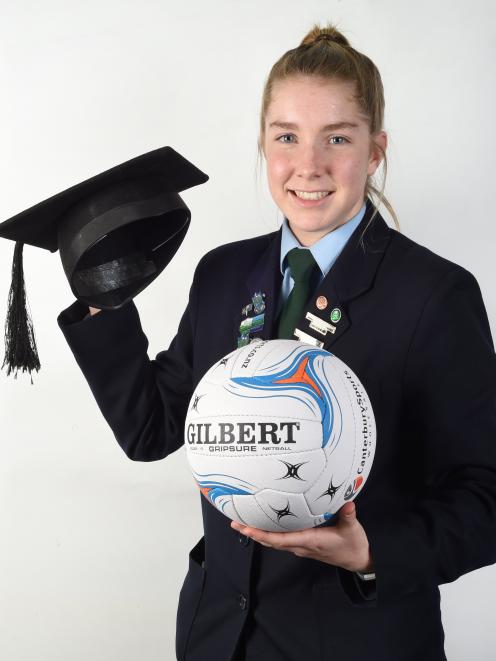 ''Striving towards goals, working hard and persevering will help you get wherever you want to go.''

It's a philosophy that Iris van Baarle lives by, and one that has helped the 17-year-old Blue Mountain College prefect become a high academic achiever.

She won her school's academic general excellence award in 2016; she achieved NCEA levels 1 and 2 with excellence endorsements; she was the school's top scholar in 2018; and she is this year's premier scholar.

Iris is proud of her academic awards, especially because they have not been easy to achieve.

She has mild dyslexia, which has made some everyday tasks more challenging.

''It hasn't always been the smoothest of roads for me, since I do struggle sometimes with my spelling, and comprehending information and putting it down on paper.

She says if anything, it has made her a better person because she has learnt she can achieve anything if she sets goals, works hard and perseveres until she achieves them.

They are skills that will serve her well in tertiary study.

Next year she hopes to study physiotherapy at the University of Otago, or occupational therapy at Otago Polytechnic.

She says it is difficult to imagine where she will be in 10 years' time, but she hopes it will be in a career helping people recover from physical injuries, including brain injuries.

''I'm interested in learning how you can help people recover from accidents and things like strokes - learning how to walk and talk again. I've been fascinated by it.

''I want to help them with their therapy and recovery - get them back to where they used to be.''

Role models: My sisters and my parents.

Hopes for the future: To study physiotherapy at the University of Otago, or occupational therapy at Otago Polytechnic.