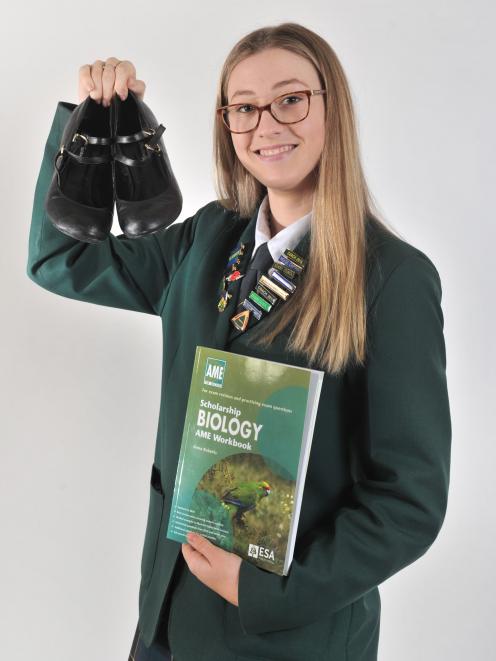 ''Animals are such agreeable friends - they ask no questions; they pass no criticisms.''

The 17-year-old was raised on a lifestyle block near Palmerston where she has helped raise sheep and cattle since she was a preschooler.

While they are like family members to her, they serve another purpose.

They have been sold off over the years, to raise money for her tertiary education.

Along the way, she has discovered they get sick from time to time, which has fostered her interest in becoming a veterinarian.

''I've had some times when we've had some pet lambs that have been sick and the vets haven't been able to figure out what was wrong.

''I've been able to save a couple by doing my own research.

''It was probably a bad thing to do, but they were so sick at the time, it was either do that or do nothing.''

Not only does she love animals, she has a strong passion for the welfare of her fellow pupils.

She is a strong leader and humanitarian at school, where she is head pupil, secretary for the student council, and a student representative on the board of trustees this year.

In previous years, she has been a house leader, a cultural captain, a school dance group leader, a student council class representative, and a committee member of the East Otago Musical Theatre company.

She says it is important, especially in a small school like East Otago High School, for senior pupils to step up into leadership roles, build relationships with junior pupils and become good role models for them.

''I try to be what I would have wanted in a role model at their age.

''I want people to be empathetic, friendly, understanding and driven.''

She says the world can be tough at times, and there is always room for a little kindness.

Hopes for the future: To study veterinary science at Massey University. 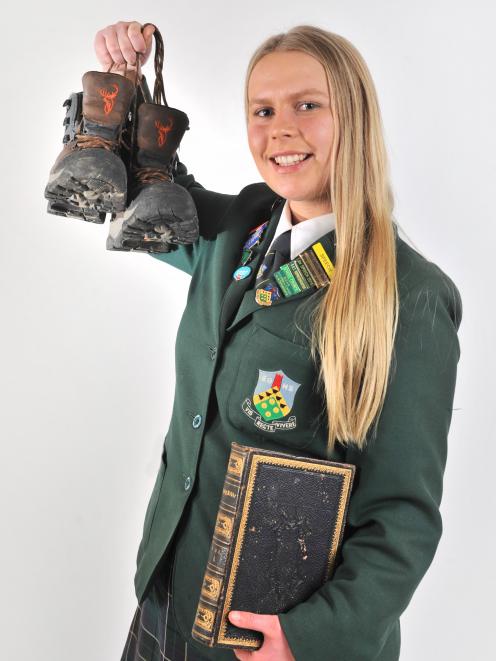 There's nothing like climbing a mountain to put your world in perspective.

And continuing to climb a mountain when conditions get ''rough and sketchy'' has taught her many life lessons.

It has given her the grit and determination needed, to be successful in other aspects of her life - especially in academia.

In the past three years alone, she has summitted Mt Earnslaw (2830m) and Mt Alaska (1965m) in Mt Aspiring National Park, and Mt Bierstadt (4287m) in the United States.

''I definitely get my passion for the outdoors and mountaineering from my parents and grandparents.

''My whole family have always been really into it, and it's a great way for us to bond together and enjoy the beauty of creation.

''I'm not sure if I can quite claim it, but I climbed my first mountain when I was 18 months old.

Born in Colorado, United States, surrounded by mountains, it's not surprising she loves the great outdoors so much.

Hannah says summitting mountains is a feeling like no other.

''It can be very difficult, but I just love the feeling you get when you summit.

''It's such an exhilarating feeling, just being able to look out at everything that you've just accomplished.''

Hannah has no dreams of climbing Mt Everest at this stage.

She only wants to climb mountains that her family can climb with her.

''I really appreciate New Zealand and I just want to explore all the amazing bush and mountains that we have in our own backyard.''

So for now, her main dream is to study health sciences at the University of Otago next year, and go on to forge a career in physiotherapy.

Hopes for the future: To study health science and then physiotherapy at the University of Otago.