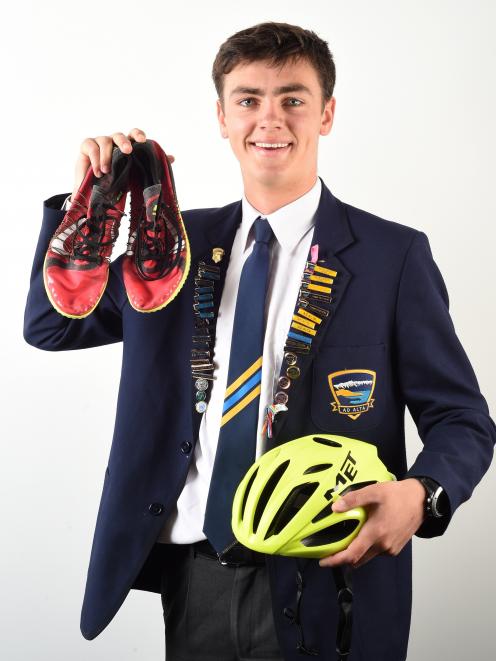 Archie Ritchie believes combining research, technology and his political will is the key to overcoming global issues such as climate change and inequality.

The 18-year-old Wakatipu High School head boy has just returned from the London International Youth Science Forum, where he was one of two New Zealand delegates selected for the residential programme, and has twice been a model United Nations delegate.

He has an interest in climate change, which stems from the way political, economic, social and scientific factors interact.

''It certainly is not one-dimensional, and that makes it that much more complex.''

The talented athlete has also completed the Peak to Peak multisport race as an individual, is a member of the Queenstown Rovers football team, and has competed in the New Zealand triathlon championships.

Long term, he has his sights set on competing in an Ironman competition.

As for a career, a future in politics is a possibility.

''It seems that we have a huge amount of research and technology available to us, yet it is not being implemented as effectively as it potentially could be.

''Therefore, in order to solve these big problems that the world is and
will continue to face, such as
inequality and climate change, there just requires more political will and more science representation in government.

''I want to be involved in tackling these issues, and politics may be the best way I see fit.''

Hopes for the future: To study law and gain a bachelor of science degree, covering economics and environmental science. 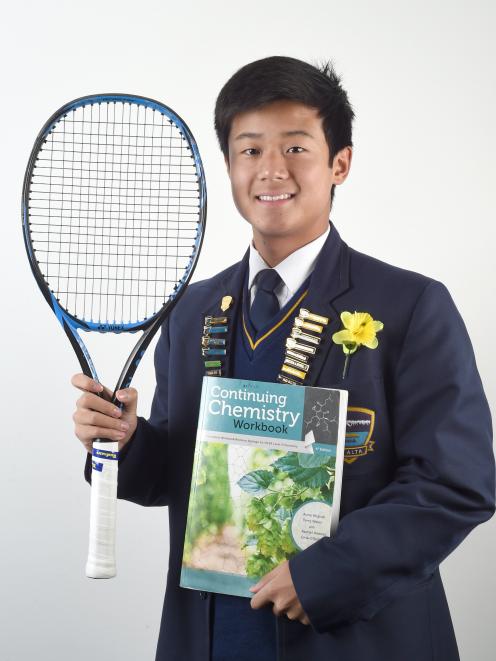 Using science to help others is part of Thomas Hartono's long-term plan - as is following in the footsteps of Queenstown's McLachlan brothers and playing college tennis in the United States.

The 17-year-old Wakatipu High School deputy head boy first picked up a tennis racket when he was 6.

He has competed in tennis tournaments across New Zealand and Australia, been a three-time Central Otago Sports Awards finalist and Skeggs Foundation recipient, and the winner of the Bruce Grant Youth Trust Award.

The under-14 New Zealand national doubles champion said he was proudest of his earliest achievements, which dictated how seriously he would take the sport.

''I was constantly testing myself, beginning from club champs to regionals, to South Islands and then nationals.

''Lucky for me I could see that I was able to compete against individuals at a national level from a young age, so that's what carried my tennis journey onward.''

Although he hopes to continue playing as long as possible, has no plans to be a professional tennis player.

''Instead, I hope to be able to play college tennis in the US like many other Queenstowners before me, like the McLachlan brothers.''

He said either Rafael Nadal or Roger Federer were his sporting inspirations - but not for their on-court achievements.

''It's more because of how they carry themselves on and off the court.

''Achievements are great, but the kind of person I am is much more important to me.

''Staying humble and creating a good personal image is what I aim for, and I believe that these two tennis legends have reached the pinnacle of these two aspects.''

Academically, science and maths were his strengths, primarily due to his inquisitive nature, he said.

''I've always been the type of person who asks the questions about the how and why in the things we do every day, more than anything else, and I feel like science and maths satisfies this aspect of my personality.

''My journey beyond high school is definitely not set in stone but I do know the general direction I'll be taking ... I'm pretty set on doing something with science.

''I hope to be able to use my knowledge in science to help people, whether that'd be medical, food or in the environment.''

Hopes for the future: To study health science at the University of Otago.