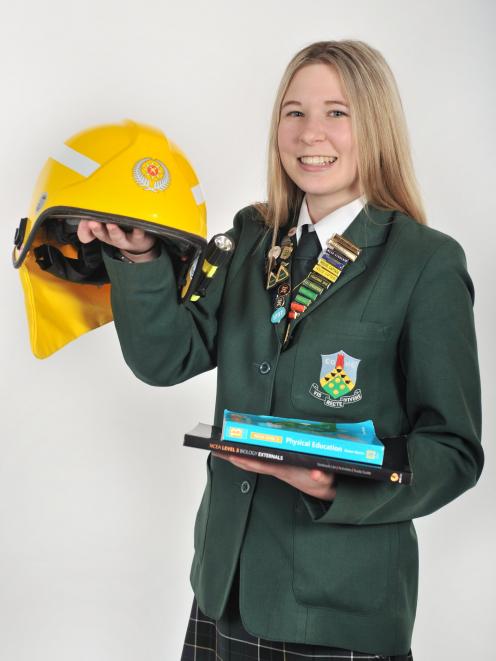 On the first day back at school this year, 18-year-old Melissa McLeod had spent the night before from 11pm until 6am fighting a fire.

"I always go to school after a callout."

"I don’t have much spare time, that’s for sure.

"If a [fire] callout is during school time I won’t go, but otherwise I’ll go."

She joined the brigade following in the footsteps of her dad, who is Chief Fire Officer of the station.

"Dad’s been in it my whole life, so from a young age I wanted to be a firefighter.

"I joined at 16, which is the youngest age you can join, and did my recruitment course last December."

She credits her success to her parents, who "brought me up to do the best I can in everything."

"I’m pretty focused on my studies so push myself to do well in school and I’ll do about seven to nine callouts a month for the station but that varies.

"Being a firefighter is definitely my proudest achievement."

Melissa achieved NCEA levels 1 and 2 with excellence and hopes to do the same in level 3 this year.

"I am really focused on doing my best in school this year so I can get into nursing."

Swimming, netball and touch were a big part of her life, until she injured her knee at Outward Bound last year.

"I’m hoping to get back out there soon."

She is studying English, biology, chemistry, statistics and physical education, and hopes to become a registered nurse and continue firefighting.

"I love helping people, so it’s definitely something I’ll continue with." 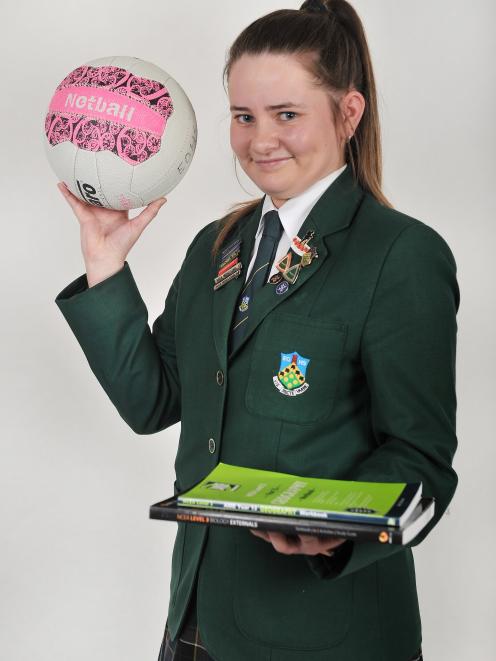 Anything involving animals, Ella Sheat will be there.

The East Otago High School head pupil grew up on a cropping farm in Palmerston, and says being brought up on a farm has given her advantages not everyone has.

"I think I’m a hard worker and put my best into everything.

"My parents are really good role models because they work really hard on the farm."

The 17-year-old this year was named head girl, which she said was her top accomplishment.

"I enjoy the values of leadership that being head pupil brings to my learning and I have gained so much confidence in achieving this role."

"I like knowing that I’ve done the best I can to get the mark I want.

"I want to succeed."

Her favourite subject was geography, which she aimed to do well in this year as she worked to achieve NCEA level 3 this year.

Her subjects this year are geography, physical education, biology, chemistry and statistics.

She has taken on some leadership roles this year, becoming a peer support leader alongside her role as head girl.

In her spare time, she likes to ride horses and play netball, and has played in the school’s senior netball team for the past three years.

"My neighbours let us ride their horses, so it’s nice being able to do that."

Ella hoped to study vet nursing at the Otago Polytechnic, fulfilling her passion for animals.

"Within my subjects I have learnt about anatomy and physiology and would I like to extend this more into animals, so vet nursing will be a good place for this."

She said watching her parents run their cropping, lamb and beef farm was inspiring, and she hoped one day to have animals on a farm of her own.