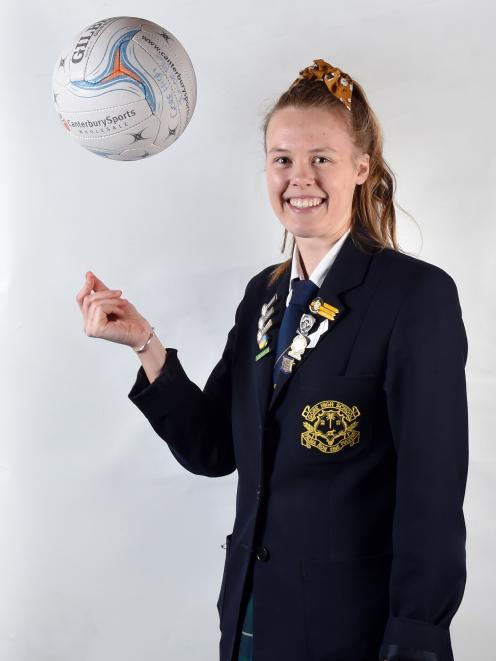 Gore High School pupil Ella Harrex grew up being encouraged by her parents to give everything she wanted to a go — and the advice has served her well.

The year13 pupil is not short in her list of sporting achievements.

From participating in netball to basketball, cricket, athletics, cross country, Ki O Rahi, volleyball, hockey and touch, she has had a string of acknowledgements for her successes in sport.

"In primary school I played every sport you can think of.

"I want to carry on playing for clubs after school and see how far it will take me."

Since primary school, she has also represented Eastern Southland in netball and basketball for several years, and in national competitions.

"One of my goals was making the Senior A netball team, which I did in year 10 and am now also playing for the top women’s team in Eastern Southland, Ex High."

Aside from her sporting roles, she also excelled in academia with an NCEA level 1 Excellence endorsement for English, physical education and accounting, and in level 2, received a merit endorsement.

A member of the Students Against Dangerous Driving committee [SADD], she is also the school’s deputy head girl this year.

"I always looked up to [previous] prefects; they really supported the younger students.

"I really enjoy it and the team [prefects] are really close and get along really well."

Despite the interference of Covid-19, she came up with ways to stay connected to pupils through social media and "get the school spirit back up".

Achievements: First in year 12 physical education and geography; third in year 12 chemistry; contribution to girls basketball in year 12 and 10; senior A netball most valuable player (2019); first equal physical education (2018); first equal technology wood (2018); second in year 11 accounting; third in year 11 mathematics; junior all round sportsperson of the year in year 10; most valuable junior girls cricket player (2017); Parent Teachers Association diligence prize (2016-17); most valuable player award for 9A netball (2016).
Role models: My parents
Hopes for the future: To continue giving back to the community and possibly study a sport and exercise degree at the University of Otago. 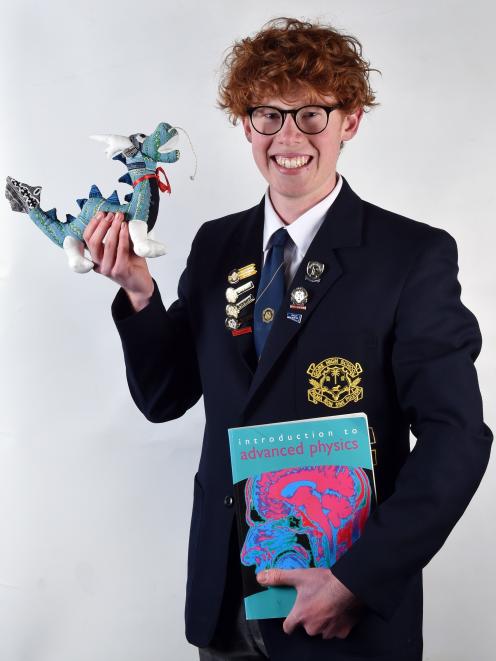 For Gore High School pupil Max Balloch, it has never about been about being the best — it is all about having a go and making a difference.

The Year13 pupil is modest about his achievements.

"They’re not extreme achievements or anything but I was just proud.

"Giving it a go has made me have an appreciation and respect for students who are really good [at what they do]."

The 17-year-old made headlines in November last year after attempting to collaborate with others from around the globe to launch a satellite, The Community Sat, into space.

His imagination was sparked by a talk by Rocket Lab founder, Peter Beck, at a secondary schools career event, where Mr Beck promised if anyone in the audience built a satellite, he would launch it.

"It didn’t really work out because of a bunch of different things and with Covid-19, but it’s still something I’m really proud of."

The experience had taught him a lot about the industry, which was "priceless".

He was unofficial team captain of school rowing in 2017 and 2018 and attended the South Island Secondary School Championships and Maadi Cup in 2018.

He was on the Students Against Dangerous Driving committee, a year 9 camp leader, captain of Hunter House, which won the Prefect Variety Concert in 2019 and is now deputy head boy.

"I was the only year 12 student who went for head of house.

"Being a role model means a lot. I just want to be able to make a difference at the school."

In 2019, when he was set to take a holiday in Vietnam, he established a mufti day to raise funds for a Vietnamese charity, Blue Dragon Children’s Foundation.

"We raised about $550, so bought a whole lot of school supplies for them and took it by hand."

He gained excellence endorsements in both NCEA level 1 and 2 and is “well on the way” to getting the same in level 3.