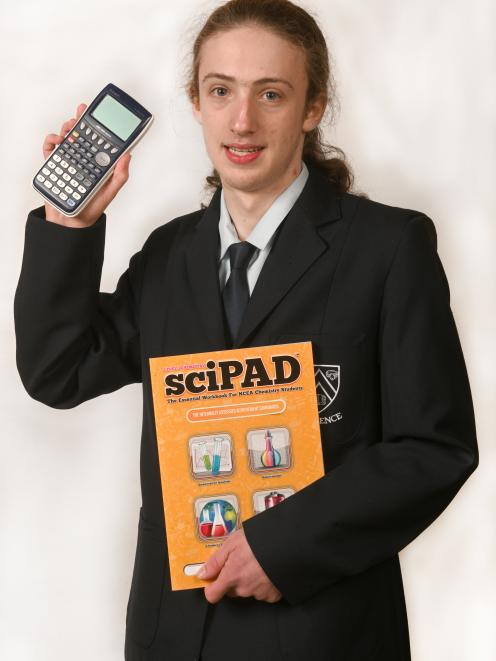 The 17-year-old Lawrence Area School pupil has completed a university-level philosophy paper this year, and considers himself well-versed in the art of answering some of life’s fundamental questions.

"I like the freedom to say what you want, and come up with ideas about how things work and look at the ideas of others."

Shannon was proud of his B+ mark in the paper, and got into the study of philosophy after his older brother took philosophy as a subject.

"One of my older brothers did it and I wanted to try a different subject.

"I talked to my dad about doing the University of Canterbury STAR programme."

Taking NCEA level 3 in philosophy by correspondence last year, Shannon got excellence in the subject.

"I consider that one of my achievements."

He achieved NCEA level 1 and 2 with excellence, and is one of the top pupils academically in his school.

While he enjoyed pondering the questions of life while taking the course, chemistry was his focus this year as he planned to study the subject at university.

This year he was invited to attend the Otago University Advanced Senior Science Academy, a programme aimed at year 13 pupils which involved attending two camps and working in teams on a science communication project.

"One of my passions is definitely science."

He planned to attend the University of Otago, and hoped to forge a career in the research side of chemistry.

"I’m not completely certain what I’ll do, but I hope to find a good job."

Dedication and focus were integral parts of his success.

"I do rather well academically and always put quite a lot of effort into the things I do."

His older brothers and family were an important influence.

In his free time he enjoyed reading, particularly the fiction fantasy genre. 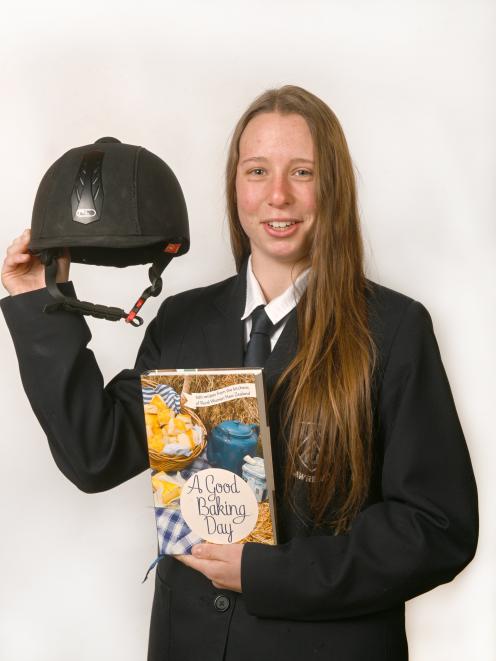 Living on a farm has taught Mikayla Swanson how to work for things, not just expect them.

"It’s important not to let things stop you and keep going with something even when it’s hard."

Mikayla has won the school cross-country four years in a row and has received several awards for contributions to the school, particularly in home economics and English.

"It’s important I try my best in school."

Her motivation for school?

Getting into the Southern Institute of Technology for a joinery course.

"It would be like being paid to do a hobby."

She has not let dyslexia stop her, either.

She credits her parents as her biggest influences.

"They’ve always just gotten on and done it. They took my two nephews in, no questions asked.

"I think being on a farm you learn about the value of real hard work."

Mikayla particularly loved training horses, which she did in her spare time.

"The sense of achievement you get when you train a horse to be well-mannered and performing perfectly is really rewarding."

Basketball and cooking were two other hobbies Mikayla enjoyed and hoped to develop further.

"I like cooking. I think knowing about the land and where meat and vegetables come from is really beneficial.

"Some kids these days think meat comes from a packet and that’s it. I think knowing where it comes from gives you an advantage."

Owning a farm of her own one day was Mikayla’s ultimate goal, and she was excited for what the future held.

Achievements: Head student (2020); Women’s Institute award for effort in home economics (2018); special prize for outstanding contribution to the arts (2018-19); achievement in English and food technology (2018); effort in food technology and mathematics (2018); West Otago Rural Women NZ award for good work in home economics (2019); George Ledlie Memorial for diligence in year 12 (2019); NCEA level 1 with merit (2018); NCEA level 2 with merit in English, food and nutrition (2019); Harrex Cup senior girls athletics champion (2018); SM Somerville Trophy for senior girls cross-country champion (2018-20); best contribution to senior girls basketball (2018); Outward Bound (2019); outstanding citizenship and diligence (2018-20).
Role models: My parents, because they’re always positive and strong.
Hopes for the future: Get into the Southern Institute of Technology to study joinery and have a farm of my own.