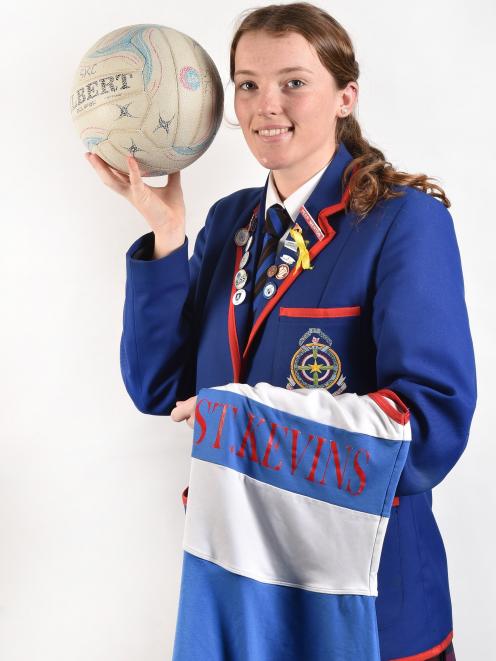 WhenAnnie Metcalfe was unable to train with her team-mates after Covid-19 hit, she did not have to worry about how to stay in shape.

"I’ve got a woolshed we made into a gym so I could keep my fitness up."

The St Kevin’s College year 13 pupil and head girl needed it, as she is playing rugby, netball and basketball this winter, before she prepares for rowing and cricket in the summer.

"At the start of the year I was really excited just to take it all in and I thought it was going to be the best year, but obviously when Covid came I was a bit disappointed.

"School was hard. It was difficult sitting in front of a screen all day. It’s hard to concentrate and it’s also hard not having a teacher right there all the time, face-to-face, to ask questions. I enjoy being in the classroom, and being around mates makes it easier to work."

That has not stopped her achieving academically.

She is on track to earn excellence endorsements in NCEA level 3, which she also did in years 11 and 12.

As far as next year was concerned, she was considering training for a career in a health sector, which she had the potential to combine with her love of sport.

"I’m thinking about doing first-year health science at Otago [university] and hoping from there I’ll get into physio and do a bachelor of physio degree.

"I really love helping people and I’m also really into my sport, so it would be great to get into the sporting side, but I’d also like to go to a hospital ... I feel like it would be a really rewarding job."

Annie thrived on the responsibility that came with being head girl.

She looked up to prefects and other school leaders in her early years at St Kevin’s, and was proud to serve.

"I’ve enjoyed it. I’ve loved it. I love getting involved and helping out. I feel like I’m giving back to the school." 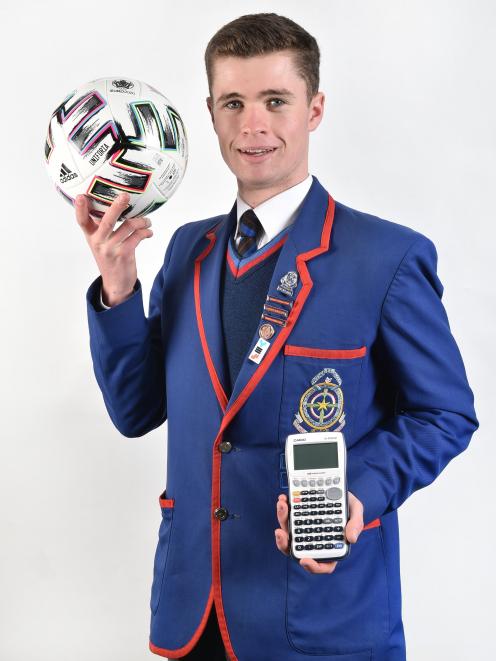 For Alex Houston the sky is the limit — literally.

Unlike some secondary schools pupils in his year, who no doubt are still weighing up what to do when they finish up, the year 13 pupil and head boy at St Kevin’s College is focused on one goal.

"I am hoping to join the air force as a pilot next year. That’s the hope."

He has filed an application and is waiting for a response.

To achieve his goal he has concentrated on all of the required academics — mathematics and science — and is confident he will achieve NCEA level 3 excellence endorsements, much as he did with at level 1 and 2.

Alex, who grew up on a North Otago dairy farm, thought a little about heading to university to study agricultural engineering, but ultimately decided his future lay high in the clouds as opposed to rolling, green pastures.

His interest in flying was piqued several years ago, thanks to a friend.

"Really it’s been ever since I was 10 or 11 years old. I used to build and fly model planes.

"It was actually my best friend that got into it before I did. I went with him one day to an airstrip and I thought "yes, this is something I can do’ and it’s kind of gone from there".

In the meantime, he is working on a dairy farm at Enfield whenever he can, juggling that with his studies and sporting commitment with the college’s football 1st XI, which he has been part of since 2017.

His next big assignment is a schools tournament in Timaru.

As head boy, Alex said he had enjoyed being a mentor to others and being involved behind the scenes.

"It’s been brilliant, I’ve been really engaged this year. I guess as a head student you get more of an idea about what is going on at the school ... I have really, really enjoyed that."

When asked what he would say to pupils also striving for excellence, he gave some sage advice.

"Take every opportunity that comes your way and make the most of everything."