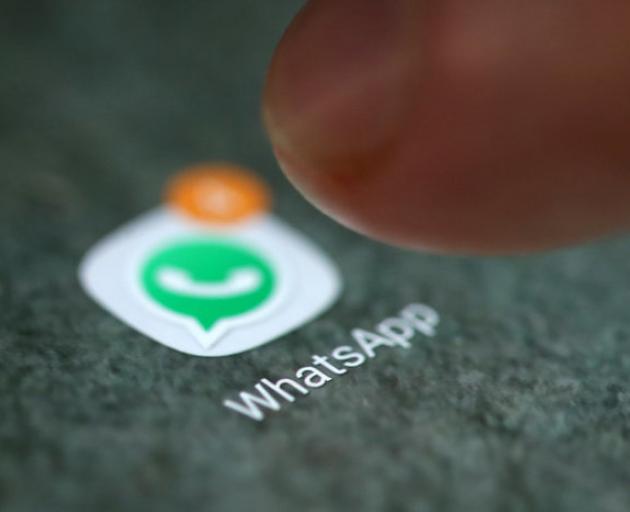 Internet companies say they want to help governments remove extremist or criminal material but also have to balance the demands of state security with civil liberties. Photo: Reuters

Britain said WhatsApp's end-to-end encryption communication services allowed paedophiles and organised crime groups to operate beyond the reach of the law and called on the messaging service to move faster to help governments catch offenders.

After four militant attacks in Britain that killed 36 people this year, senior ministers have stepped up demands over the past six months to make internet companies do more to suppress extremist content and allow access to encrypted communications.

The government says full-scale encryption has complicated the job of law enforcement both in thwarting extremist attacks and in investigating more commonplace crimes.

Internet companies say they want to help governments remove extremist or criminal material but also have to balance the demands of state security with civil liberties.

"Every day hundreds of millions of people use WhatsApp to communicate with each other – including to share sensitive personal information. Encryption helps to keep all those communications safe and secure," a WhatsApp spokeswoman said.

In the face of resistance from the industry, Prime Minister Theresa May - a former interior minister - proposed trying to regulate cyberspace after a deadly attack on London Bridge in June.

Such a sharp public reprimand for WhatsApp indicates frustration within the government.

"We also know that end-to-end encryption services like WhatsApp, are being used by paedophiles," Home Secretary Amber Rudd told party activists in the northern English city of Manchester.

"I do not accept it is right that companies should allow them and other criminals to operate beyond the reach of law enforcement," Rudd said. "We must require the industry to move faster and more aggressively. They have the resources and there must be greater urgency."

WhatsApp, which is owned by Facebook, and similar services let users communicate with pictures, video and text, using "end-to-end" encryption that can be read only with a key held on the user's device. Without access to the devices, security services cannot read the messages.

Rudd also called on technology giants such as Facebook , Google, Microsoft and Twitter to go further and faster to counter extremist material.

The industry argues that encryption is vital to protecting the wealth of personal information that electronic devices collect about individuals and for securing everything from banking and shopping to government records. They say they need to balance demands by law enforcement with privacy protections.

"Child exploitation has absolutely no place on our service -- which is why we work with law enforcement to identify these accounts and block them," the WhatsApp spokeswoman said.

The issues are hotly debated even among security officials. Jonathan Evans, who ran Britain’s MI5 spy service from 2007 until 2013, said that while encryption did make attacks harder to stop, it also helped to prevent criminals and even foreign governments from hacking private data. (http://reut.rs/2xOnalZ)

"We see on a daily basis that this end-to-end encryption protects peadophiles, it protects organised crime too, but it is very disturbing in my job when I know that we know two peadophiles are talking and we think they are doing something about snatching a child but we don't know and we can't get into these communications," Wallace said.

Civil Liberties have taken a back step since the Terror War began on 9/11. Largely, we don't object to systems that work for the greater good. The Net will have to get with the programme.

When investigating Terrorism and Crime, a search warrant should be enough.