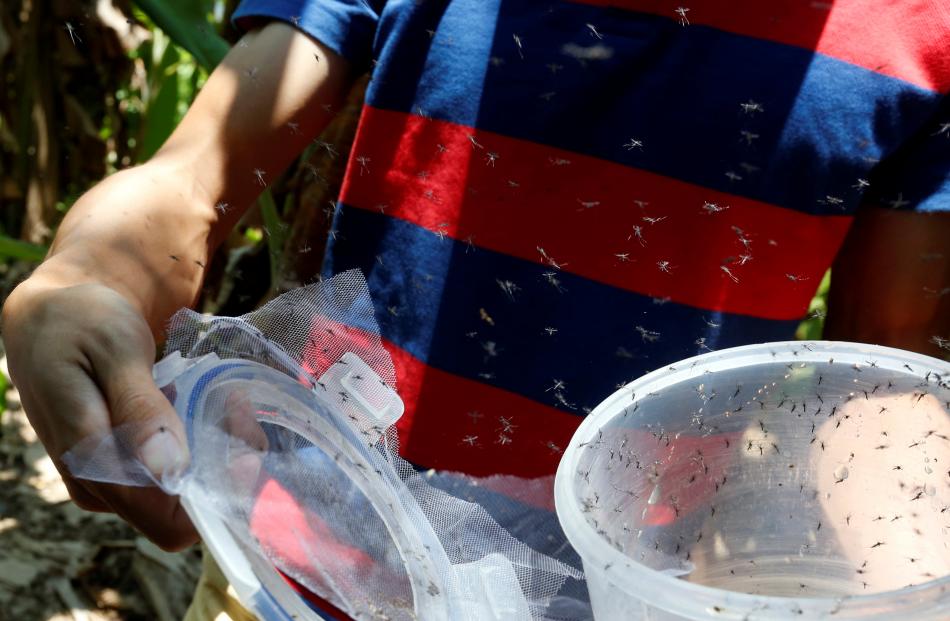 A villager undertakes a health research project on Shazai Island which has with a field studio of Sun Yat-Sen University-Michigan State University Joint Center of Vector Control for Tropical Disease. Photo by Reuters 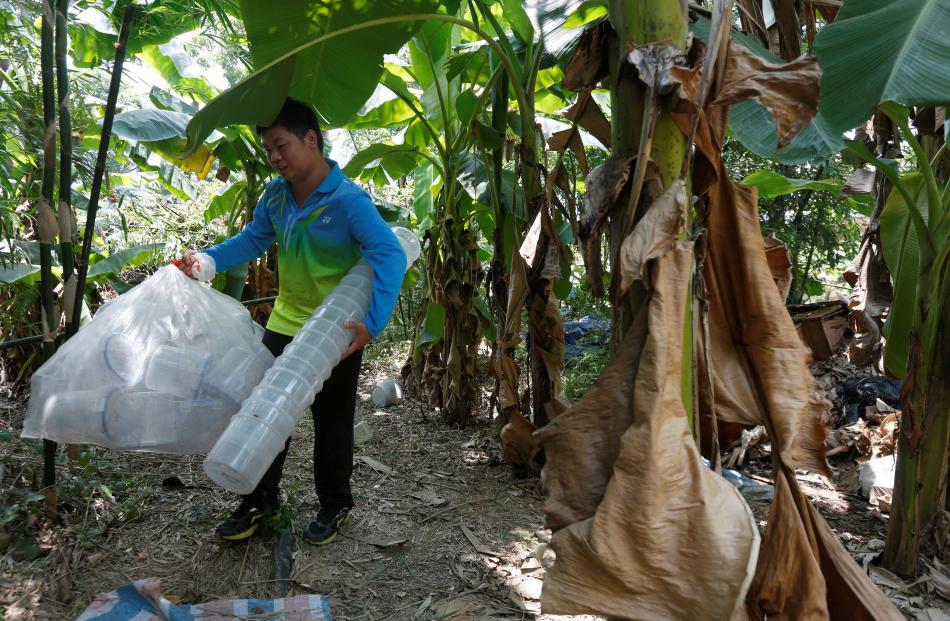 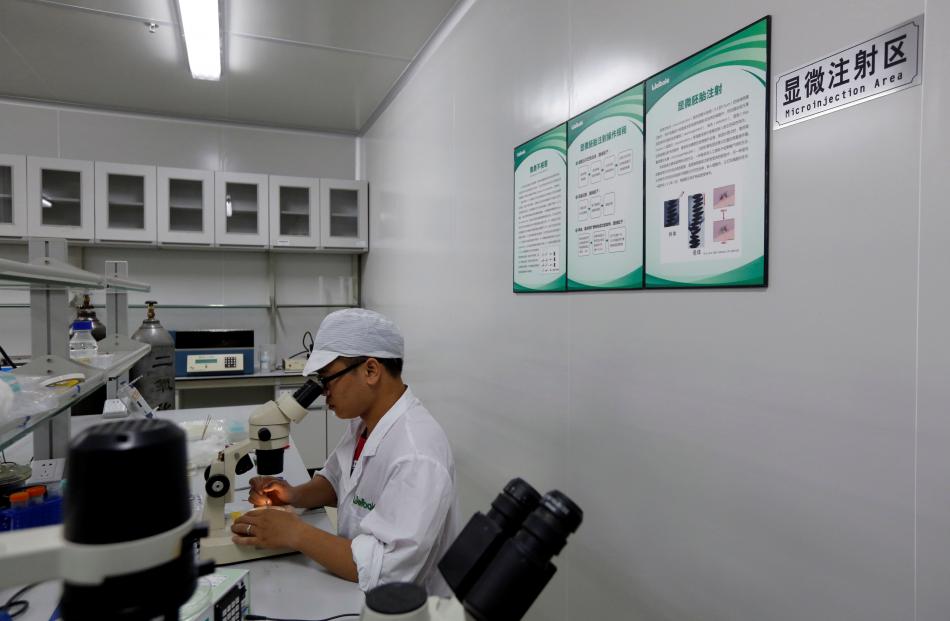 Every week, scientists in southern China release 3 million bacteria-infected mosquitoes on a 3km long island in a bid to wipe out diseases such as dengue, yellow fever and Zika.

The scientists inject mosquito eggs with wolbachia bacteria in a laboratory, then release infected male mosquitoes on the island on the outskirts of the city of Guangzhou.

The bacteria, which occurs naturally in about 28 percent of wild mosquitoes, causes infected males to sterilize the females they mate with.

"The aim is trying to suppress the mosquito density below the threshold which can cause disease transmission," said Zhiyong Xi, who is director of the Sun Yat-sen University Centre of Vector Control for Tropical Diseases and pioneered the idea.

"There are hot spots," Xi said. "This technology can be used at the beginning to target the hot spots ... it will dramatically reduce disease transmission."

Mosquito-borne diseases are responsible for more than one million deaths worldwide every year and Zika has become a concern for athletes at this year's Olympic Games, which open in Rio de Janeiro on Friday.

Some athletes, including the top four ranked male golfers, have declined to take part.

An outbreak of the Zika virus in Brazil last year has spread through the Americas and beyond, with China confirming its first case in February.

US health officials have concluded that Zika infections in pregnant women can cause microcephaly, a birth defect marked by small head size that can lead to severe developmental problems in babies.

The World Health Organization has said there is strong scientific consensus that Zika can also cause Guillain-Barre, a rare neurological syndrome that causes temporary paralysis in adults.

In the laboratory, mosquito eggs are collected from breeding cages containing 5000 females and 1600 males and injected with the wolbachia bacteria. Xi's facility has the capacity to breed up to five million mosquitoes a week.

While a female mosquito that acquires wolbachia by mating is sterile, one that is infected by injection will produce wolbachia-infected offspring. Dengue, yellow fever and Zika are also suppressed in wolbachia-injected females, making it harder for the diseases to be transmitted to humans.

Xi set up his 3500 square metre "mosquito factory" in 2012 and releases the males into two residential areas on the outskirts of Guangzhou.

Xi said the mosquito population on the island has been reduced by more than 90 percent.

One villager on the island, 66 year-old Liang Jintian, who has lived there for six decades, said the study was so effective he didn't have to sleep with a mosquito net any longer.

"We used to have a lot of mosquitoes in the past. Back then some people were worried that if mosquitoes were released here, we would get even more mosquitoes," he said. "We have a lot less mosquitoes now compared to the past."