Earth in hot water as oceans warmest on record 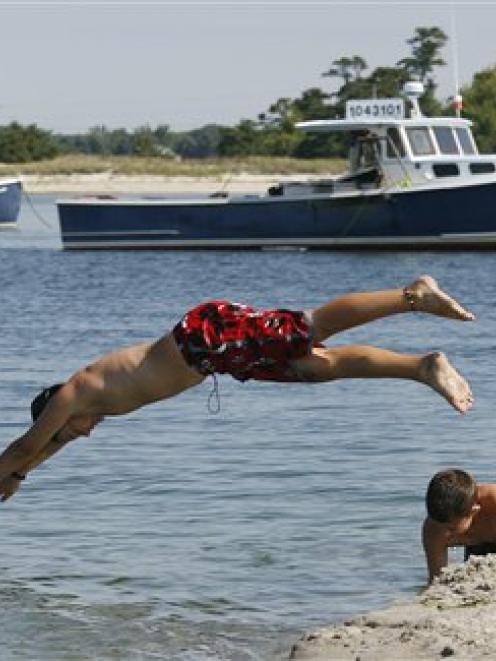 Sam Woodward, 12, left, dives over Jackman Mickiewicz, 12, into the water at Ferry Beach, Maine. The world's oceans this summer are heating up to their warmest on record. (AP Photo/Joel Page)
The world's oceans this summer are the warmest on record - and scientists are blaming a combination of El Nino and worsening global warming.

The US National Climatic Data Centre, the government agency that keeps weather records, says the average global ocean temperature in July was 17degC.

It is the hottest since record-keeping began in 1880.

Meteorologists blame a combination of a natural El Nino weather pattern on top of worsening manmade global warming. The warmer water could add to the melting of sea ice and possibly strengthen some hurricanes.

The Gulf of Mexico, where warm water fuels hurricanes, has temperatures dancing around 32degC. 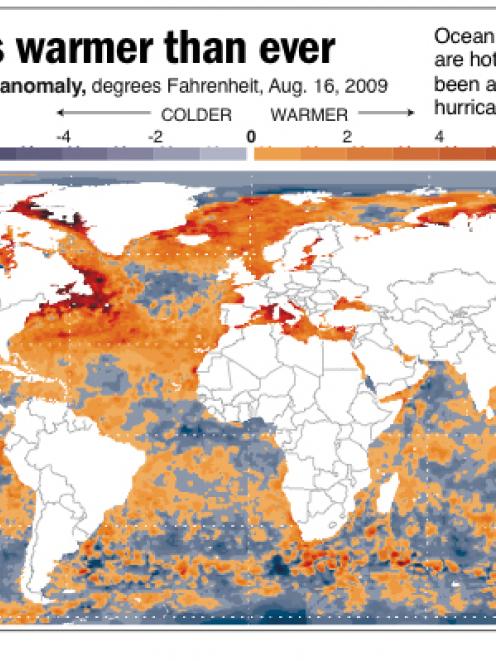 Click graphic to view.
Most of the water in the Northern Hemisphere has been considerably warmer than normal.

The Mediterranean is about three degrees warmer than normal. Higher temperatures rule in the Pacific and Indian Oceans.

It's most noticeable near the Arctic, where water temperatures are significantly above average.

Breaking heat records in water is more ominous as a sign of global warming than breaking temperature marks on land.

That's because water takes longer to heat up and does not cool off as easily, said climate scientist Andrew Weaver of the University of Victoria in British Columbia.

"This is another yet really important indicator of the change that's occurring," Weaver said.