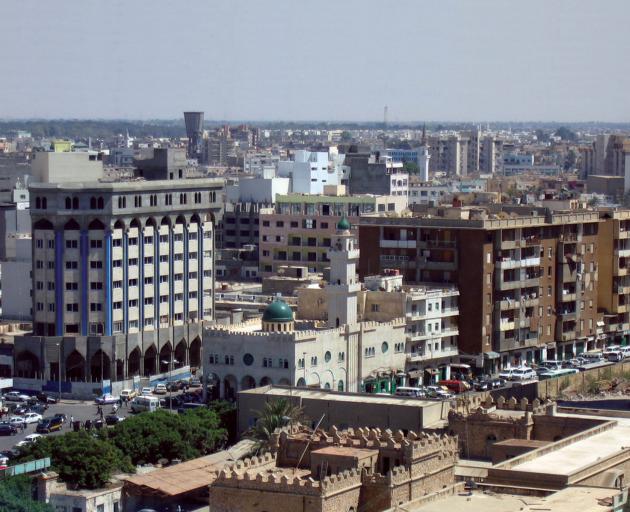 The UN says the water blockage to Libya is a possible war crime. Photo: Wikipedia
Gunmen have cut off the main water pipeline to Libya’s besieged capital, Tripoli, spelling more misery for residents already reeling from weeks of fighting.

The United Nations said the water blockage was a possible war crime as Libya’s internationally recognised government accused forces loyal to Khalifa Haftar, which have been trying to capture Tripoli, of being behind the blockage.

The group on Sunday raided a station of the Great Man-Made River Project, a pipe network supplying ground water from the Sahara, the company said.

The gunmen forced employees to turn off the pipes at the installation 400km south of Tripoli.

The eastern forces of Haftar’s Libya National Army (LNA) launched an assault on Tripoli in early April and are bogged down in southern suburbs by fighters loyal to the UN-backed government of Prime Minister Fayez al-Serraj.

In past attacks on the pipeline, which was one of former dictator Muammar Gaddafi’s few development projects, it has taken up to two days for households to notice water shortages in the coastal city of 2.5 million people.

The Tripoli government blamed a group that also cut the water supplies in 2017, saying its commander, Khalifa Ehnaish, belonged to Haftar’s forces.

The LNA denied that. Ehnaish could not be reached.

“Considering this was a closure of the valves in an LNA-controlled area, the complicity of Ehnaish with the LNA in orchestrating this cannot be discounted,” said Emad Badi, a non-resident scholar with the Middle East Institute.

Fighting in the battle for Tripoli has killed at least 510 people, forced 75,000 out of their homes, trapped thousands of migrants in detention centres, and flattened some southern suburbs.

It has also forced the closure of schools, split families on different sides of the front line, and brought power-cuts.

The conflict is one of the most serious flare-ups in years of chaos since the 2011 toppling of Gaddafi, and has sharpened Gulf divisions over Libya.