Hong Kong on edge over future 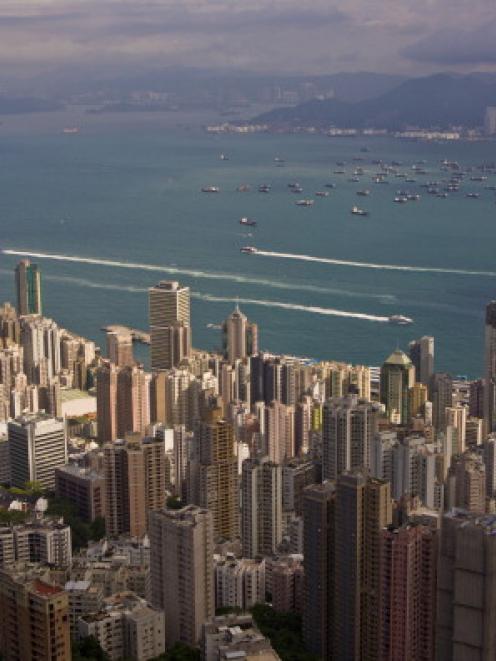 The fog burns off to provide a dramatic view of Hong Kong from the top of Victoria Peak. (Photo by George Rose/Getty Images)
Tens of thousands of Hong Kong residents will gather at Victoria Park tomorrow, as they do every June 4, for a candlelight vigil to honour those killed in 1989 at Tiananmen Square.

It's an annual ritual of defiance against Beijing, and this year the crowds will be larger and more militant than ever.

It's not just that this year marks the 25th anniversary of the Tiananmen crackdown. It's the future that has Hong Kong on edge.

A British colony until 1997, when China once again assumed sovereignty, Hong Kong is scheduled to hold its first-ever election in 2017 to pick a chief executive, and many Hong Kong residents are convinced that the communist government in Beijing is seeking to rig the outcome. Polls show that young people in Hong Kong are particularly discouraged about their future and are increasingly willing to challenge Beijing, even if such a confrontation could prove explosive.

"We are in the beginning phase of what could be a major constitutional crisis," said Michael C. Davis, a law professor at the University of Hong Kong and a longtime civic activist. He and others fear that serious violence is possible if the populace of semi-autonomous Hong Kong views the 2017 election process as being dictated by the Chinese Communist Party.

The situation is further complicated by splits among pro-democracy groups on what type of deal to broker with Beijing, and when and how they should marshal protests to amp up the pressure.

One group, Occupy Central with Love and Peace, is planning an occupation of Hong Kong's central business district, as early as July 1, if China's leaders take steps deemed antithetical to free and fair elections. Chan Kin-man, an academic and co-founder of the campaign, said he's confident that "tens of thousands of people will come out in support" of Occupy Central if the elections process is viewed as being rigged.

Hong Kong's angst has oscillated since 1984, when Britain agreed to grant China sovereignty over the 400-square-mile territory, beginning in 1997. Under that agreement, China pledged that Hong Kong would have partial political independence under a principle that then-Chinese leader Deng Xiaoping described as "one country, two systems."

Since then, Hong Kong has remained one of the world's busiest ports and a crucial link for commerce and investment across Asia. Even though it has just 7 million people, Hong Kong is the world's eighth largest trading economy and is home to Asia's second largest stock market, behind Tokyo. It ranks third in the world as a recipient of direct foreign investment, with most of it coming from China.

Hong Kong and China are joined at the hip but are worlds apart in politics and culture. Hong Kong residents speak Cantonese, a dialect of Chinese vastly different from the Mandarin spoken in Beijing. They drive on the left - drivers in mainland China drive on the right - and obey traffic laws, something all but unheard of in Beijing. Hong Kong has its own currency, travel documents, court system and civil liberties, including freedoms of speech and assembly that don't exist on the mainland.

One symbol of Hong Kong's liberties is a newly opened June 4 Museum, which recounts what happened at Tiananmen Square a quarter-century ago, when Chinese troops stormed pro-democracy demonstrations, killing hundreds. Curators say they've seen 5,000 visitors since the small museum opened in late April in the Tsim Sha Tsui district, with about half coming from the mainland, where the topic is taboo.

The basic problem, said Alan Lung Ka-lun, is that China doesn't understand Hong Kong's values and far too many Hong Kong residents tend to belittle China and its leaders.

"There's been this prevailing theory here that China will just fall apart, and we just need to hold out until then," said Lung Ka-lun, who chairs the Hong Kong Democratic Foundation, a moderate think tank. "This theory is 25 years old. We need to get over it."

Teng Biao, a mainland legal scholar and visiting professor at the Chinese University of Hong Kong, said young people in Hong Kong have little choice but to assert their rights to speak out and assemble. "If they don't stand up for their rights, they will lose them," said Teng, a Beijing lawyer who has been detained and jailed for his activism.

When Great Britain transferred Hong Kong to mainland China in 1997, it was thought that a younger generation would slowly start to identify with China. That hasn't happened - at least not yet. A recent poll of more than 1,000 residents found that people under 40 are increasingly identifying themselves as "Hong Kongers" as opposed to "Chinese." The poll, headed by Michael E. DeGolyer of Hong Kong Baptist University, also found that people under 40 were far more dissatisfied with Hong Kong's governance than older age groups.

Lack of decent jobs is one reason for the discontent, said Lung of the Hong Kong Democratic Foundation. The city's economy, while robust, hasn't evolved much beyond cargo, banking and real estate, he said. With rents soaring, many young graduates are forced to move to the United States or elsewhere to find jobs.

"That's why it is so important we get this election right," Lung said. "The uncertainty must end in 2017 or Hong Kong will not move on."