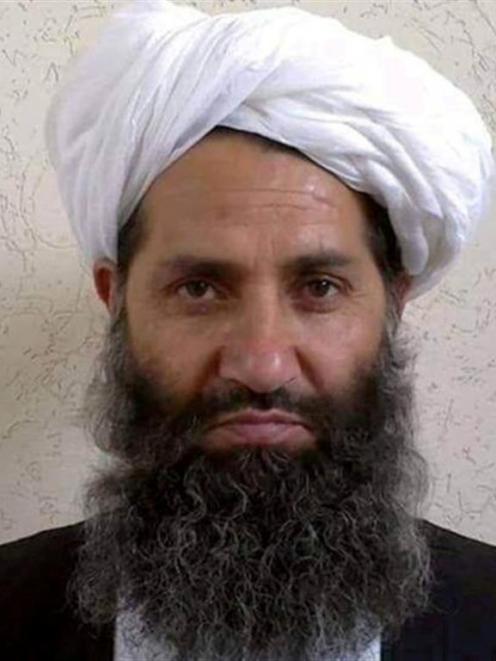 Taliban leader Mullah Haibatullah Akhundzada. Photo: Reuters
The Taliban drew from its inner high echelons to fill top posts in Afghanistan's new government on Tuesday, including an associate of the Islamist militant movement's founder as premier and a wanted man on a US terrorism list as interior minister.

World powers have told the Taliban the key to peace and development is an inclusive government that would back up the movement's pledges of a more conciliatory approach, upholding human rights, after a previous 1996-2001 period in power marked by bloody vendettas and oppression of women.

Taliban supreme leader Haibatullah Akhundzada, in his first public statement since the August 15 seizure of the capital Kabul by the Islamist insurgents, said the Taliban was committed to all international laws, treaties and commitments not in conflict with Islamic law.

"In the future, all matters of governance and life in Afghanistan will be regulated by the laws of the Holy Sharia," he said in a statement, in which he also congratulated Afghans on what he called the country's liberation from foreign rule.

The names announced for the new government, three weeks after the Taliban swept to military victory as US-led foreign forces withdrew and the weak Western-backed government collapsed, gave no sign of an olive branch to its opponents.

Afghans who enjoyed major progress in education and civil liberties over the 20 years of US-backed government remain fearful of Taliban intentions and daily protests have continued since the Taliban takeover, challenging the new rulers.

On Tuesday, as the new government was being announced, a group of Afghan women in a Kabul street took cover after Taliban gunmen fired into the air to disperse hundreds of protesters.

The last time the Taliban ruled Afghanistan, girls could not attend school and women were banned from work and education. Religious police would flog anyone breaking the rules and public executions were carried out. 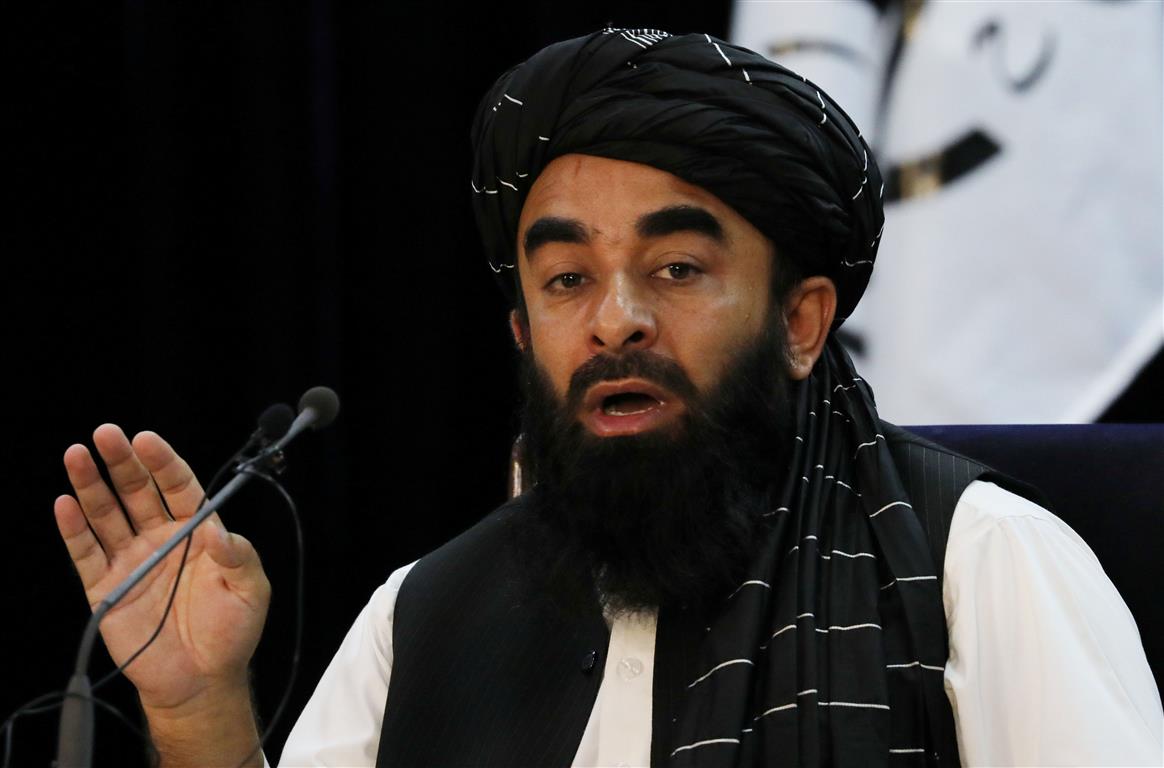 Taliban spokesman Zabihullah Mujahid. Photo: Reuters
The Taliban has urged Afghans to be patient and vowed to be more tolerant this time - a commitment many Afghans and foreign powers will be scrutinising as a condition for aid and investment desperately needed in Afghanistan.

Mullah Hasan Akhund, named as prime minister, like many in the Taliban leadership derives much of his prestige from his close link to the movement's reclusive late founder Mullah Omar, who presided over its rule two decades ago.

Akhund is longtime chief of the Taliban's powerful decision-making body Rehbari Shura, or leadership council. He was foreign minister and then deputy prime minister when the Taliban were last in power and, like many of the incoming cabinet, is under U.N. sanctions for his role in that government.

Sirajuddin Haqqani, the new interior minister, is the son of the founder of the Haqqani network, classified as a terrorist group by Washington. He is one of the FBI's most wanted men due to his involvement in suicide attacks and ties with Al Qaeda.

Mullah Abdul Ghani Baradar, head of the movement's political office who was given his nom de guerre "brother", or Baradar, by Mullah Omar, was appointed as Akhund's deputy, main Taliban spokesman Zabihullah Mujahid told a news conference in Kabul.

The passing over of Baradar for the top government job came as a surprise to some as he had been responsible for negotiating the US withdrawal at talks in Qatar and presenting the face of the Taliban to the outside world.

Baradar was previously a senior Taliban commander in the long insurgency against US forces. He was arrested and imprisoned in Pakistan in 2010, becoming head of the Taliban's political office in Doha after his release in 2018.

Mullah Mohammad Yaqoob, a son of Mullah Omar, was named as defence minister. All the appointments were in an acting capacity, Mujahid said.

White House spokeswoman Jen Psaki told reporters on Air Force One, as President Joe Biden flew to New York, that there would be no recognition of the Taliban government soon.

Taliban spokesman Mujahid, speaking against a backdrop of collapsing public services and economic meltdown amidst the chaos of the tumultuous foreign pullout, said an acting cabinet had been formed to respond to the Afghan people's primary needs.

He said some ministries remained to be filled pending a hunt for qualified people.

The United Nations said earlier on Tuesday that basic services were unravelling in Afghanistan and food and other aid were about to run out. More than half a million people have been displaced internally in Afghanistan this year.

An international donor conference is scheduled in Geneva on Sept. 13. Western powers say they are prepared to send humanitarian aid, but that broader economic engagement depends on the shape and actions of the Taliban government.

On Monday, the Taliban claimed victory in the Panjshir valley, the last province holding out against it.

Pictures on social media showed Taliban members standing in front of the Panjshir governor's compound after days of fighting with the National Resistance Front of Afghanistan (NRFA), commanded by Panjshiri leader Ahmad Massoud.

Massoud denied that his force, consisting of remnants of the Afghan army as well as local militia fighters, was beaten, and tweeted that "our resistance will continue".