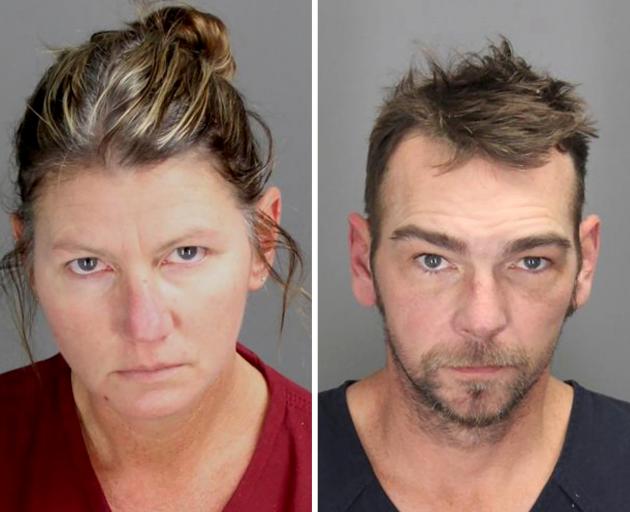 Jennifer and James Crumbley deny charges of involuntary manslaughter. Photo: Oakland County Sheriff's Office via Reuters
The parents of a Michigan teenager accused of murdering four fellow high school students with a weapon the couple bought him as a Christmas gift are in custody after a high-profile manhunt.

Appearing by videolink from jail for their arraignment, James and Jennifer Crumbley on Saturday both pleaded not guilty to four counts of involuntary manslaughter. A Michigan judge set bail at $US500,000 ($NZ740,000) each.

Oakland County prosecutor Karen McDonald told the hearing the Crumbleys withdrew $US4000 from an ATM while authorities were searching for them and remained a flight risk. 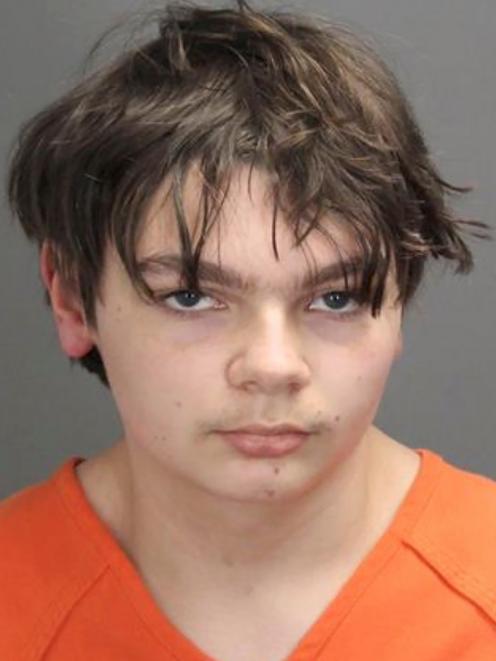 Ethan Crumbley faces four charges of murder. Photo: Oakland County Sheriff's Office via Reuters
"These are not people that we can be assured will return to court on their own," she said.

Authorities began searching for the couple after Oakland County prosecutors said on Friday that they would be charged with manslaughter in connection with the campus mass shooting.

Prosecutors said the Crumbleys bought the handgun for their son as a Christmas present and then ignored warning signs including on the day of the shooting.

The Michigan school shooting is only the latest such incident in the United States, where elected officials have sparred over how to make schools safer for children as attacks have grown increasingly common in recent decades.

Judge Julie Nicholson said on Saturday that she had "some concern about the flight risk" posed by the couple after they did not appear for the Friday arraignment.

Two attorneys for the Crumbleys, Shannon Smith and Mariell Lehman, have said the couple never sought to evade authorities.

"Our clients were absolutely going to turn themselves in," Smith said at the hearing. "It was just a matter of logistics."

Detroit Police Chief James White told reporters in the early hours of Saturday that the couple had been found hiding in a commercial building on the city's east side. He said they had not broken into the building, but were let in by somebody.

White said a member of the public spotted their vehicle outside the building.

The couple's 15-year-old son, Ethan Crumbley, is being held without bail and has been charged as adult on suspicion of carrying out the deadliest US school shooting of 2021 on Tuesday at Oxford High School, about 60km north of Detroit.

Crumbley's parents were expected to appear for a Friday afternoon arraignment but stopped responding to calls from their attorneys, according to Oakland County Undersheriff Mike McCabe, prompting a search by the sheriff's office and US Marshals Service.

During the arraignment, Jennifer Crumbley sobbed as the judge read the names of the students killed in the shooting and related charges.

The judge set preliminary hearings for December 14 and 22.

Four days before the shooting, Ethan accompanied his father to a gun shop, where James Crumbley bought a 9mm handgun, prosecutors said.

Michigan law prohibits those under 18 years of age from buying or possessing firearms, except in limited circumstances such as hunting with a license and a supervising adult.

Ethan posted photos of the gun on social media, writing, "Just got my new beauty today" and adding a heart emoji. The next day his mother posted that the two of them were at a gun range "testing out his new Christmas present," Oakland County Prosecutor Karen McDonald said.

McDonald detailed a number of other warning signs that she said the parents failed to act on.

On November 21, a teacher found Ethan Crumbley searching for ammunition on his phone and alerted school officials, who left messages for his mother that went unreturned. His mother later texted him, "LOL, I'm not mad at you. You have to learn not to get caught."

On the morning of the shooting, a teacher discovered a drawing by Ethan Crumbley that depicted a handgun, a bullet, and a bleeding figure next to the words "Blood everywhere," "My life is useless," and "The thoughts won't stop - help me."

School officials summoned the Crumbleys and instructed them to get Ethan into counseling within 48 hours, McDonald said. The parents "resisted" the idea of taking their son home and did not search his backpack nor ask him about the gun, she said.

After the Crumbleys left without their son, Ethan Crumbley was returned to class and later walked out of a bathroom with the gun, killing four students and injuring seven other people, authorities said.