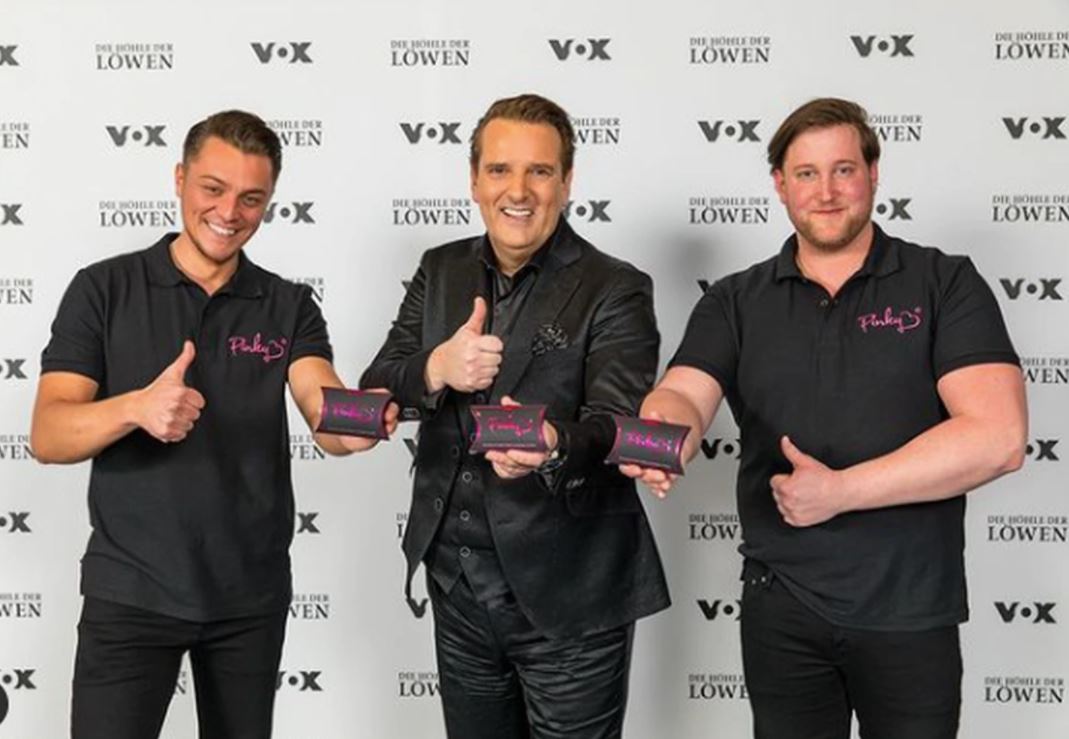 The men are very proud of their creation. Photo: Instagram
Three men in Germany decided what women really need right now is a pink glove so that they don't have to touch tampons when removing them.

The men, who clearly thought the tampon removal process somehow was a problem that needed a solution, have now apologised for their "big mistake" - but only after they received worldwide backlash for their idea and were accused of further stigmatising periods.

So these dudes designed pink gloves so tampons and pads can be disposed of properly and discretely. I shit you not. (The text is translated from German). pic.twitter.com/cn5spME2OT

Their glove, called "Pinky" - of course - promised to resolve a non-existing problem by turning into a little baggy (kind of like a poo bag for dogs) so women could dispose of tampons without - god forbid - having to look at or potentially touch any blood.

Perpetuating the idea that periods are somehow disgusting and must be hidden (by something pink, of course), the men apparently did not expect the backlash that ensued.

You know what the world doesn't need? More men making a fuss about periods and earning a shitload of money by selling products no one really needs. #pinkygloves #HoehlederLoewen https://t.co/qbXwdtI8u7

The men argued they came up with the idea after talking to female friends who raised the challenges of disposing of tampons - a problem women on social media are pointing out is not actually a thing.

The pinky glove caused an uproar, with women pointing out the fact that men keep creating problems that shame women, only for them to then come up with a solution, while men hold their penis with their hand while going urinating, with a percentage of them not even washing their hands afterwards - and yet no glove has been created to "solve" that problem.

Surprisingly, the men, who clearly think periods are unclean, had no trouble finding investors to back the idea of the pinky glove.

A few Twitter users compared that to the troubles others have had finding investors for actual useful products such as period underwear.

The men eventually took to Instagram to apologise, however with a "but", seemingly congratulating themselves for bringing the issue of periods into public discourse.

I kid you not.