Trump concedes 'nothing' on election 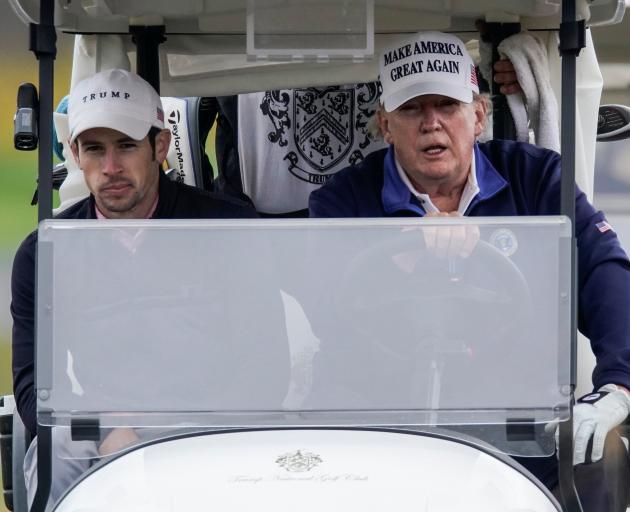 President Donald Trump took to his golf course in Sterling, Virginia at the weekend. Photo: Reuters
President Donald Trump has appeared to acknowledge losing the US election but then backtracked, saying he concedes "nothing," while President-elect Joe Biden is focusing on tackling the coronavirus pandemic and setting meetings with pharmaceutical companies developing vaccines.

The pandemic will be a paramount concern for Biden, who takes office on January 20.

Klain said Biden's scientific advisers will meet with Pfizer Inc and other drugmakers starting this week to prepare for the "giant logistical project" of widespread vaccination against a virus that has killed more than 245,000 Americans and left millions more unemployed.

Biden defeated Trump in the November 3 election by winning a series of battleground states that the Republican incumbent had won in 2016. The Democratic former vice president also won the national popular vote by at least 5.5 million votes, or 3.6 percentage points, with some ballots still being counted.

"He won because the Election was Rigged," Trump wrote, not referring to Biden by name, adding a list of complaints about vote counting. About 90 minutes later, Trump wrote, "He only won in the eyes of the FAKE NEWS MEDIA. I concede NOTHING! We have a long way to go. This was a RIGGED ELECTION!"

"WE WILL WIN!" added Trump, who then went on a golf outing at a club he owns in Virginia.

The decision by the General Services Administration, headed by a Trump appointee, not to recognise Biden as president-elect has prevented Biden and his team from gaining access to government office space and funding normally afforded to an incoming administration to ensure a smooth transition.

Klain said Murphy's agency must formally recognise Biden, saying it is critical to ensure the president-elect receives intelligence briefings before taking office and to facilitate coordination with the White House coronavirus task force. Klain urged Congress to pass bipartisan Covid relief legislation by year's end. Talks on such legislation stalled before the election.

Klain previously said a smooth transition is necessary to ensure the government is prepared to roll out a Covid-19 vaccine early next year. Pfizer announced last week that its vaccine candidate proved more than 90% effective in initial trial results, giving hope that widespread vaccination in the coming months could help get the pandemic under control.

Other companies also are in advanced stages of developing promising vaccines.

"You know, it's great to have a vaccine, but vaccines don't save lives. Vaccinations save lives," Klain said. "And that means you've got to get that vaccine into people's arms all over this country."

The mechanics of manufacture and distribution lies with the US Department of Health and Human Services, Klain added, making it important for Biden's team to be able to coordinate with current HHS officials.

Speaking on CNN's State of the Union programme, Anthony Fauci, the top US infectious diseases expert and a White House task force member, underscored the importance of a smooth transition in pandemic control efforts.

"Of course it would be better if we could start working with them," Fauci said of coordination between the existing task force and Biden's team.

Fauci welcomed Klain's selection, saying he had been "terrific" under former President Barack Obama in managing the US response to a 2014 Ebola outbreak.

Trump's campaign has filed lawsuits seeking to overturn the results in multiple states, without success. Legal experts have said the litigation stands little chance of altering the election's outcome. Election officials of both parties have said there is no evidence of major irregularities.

A laborious hand recount is under way in Georgia, where Biden has been projected as the winner and holds a margin of more than 14,000 votes. Patrick Moore, a Biden campaign legal adviser, said the recount has so far shifted vote totals "almost imperceptibly," and in Biden's favour, and that there had been no evidence of widespread irregularities or any indication the result will be reversed.

Control of the US Senate will be decided by two January runoff elections in Georgia, which will be important for the fate of Biden's ambitious legislative agenda. Klain said Biden may campaign in Georgia ahead of the runoffs.

"Trump will have the distinction of doing more than any person in the history of this country in undermining American democracy.

"The idea that he continues to tell his supporters that the only reason he may have lost this election was because of fraud is an absolutely disgraceful, un-American thing to do," Sanders said on State of the Union. 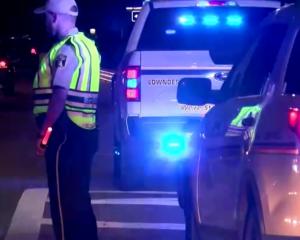