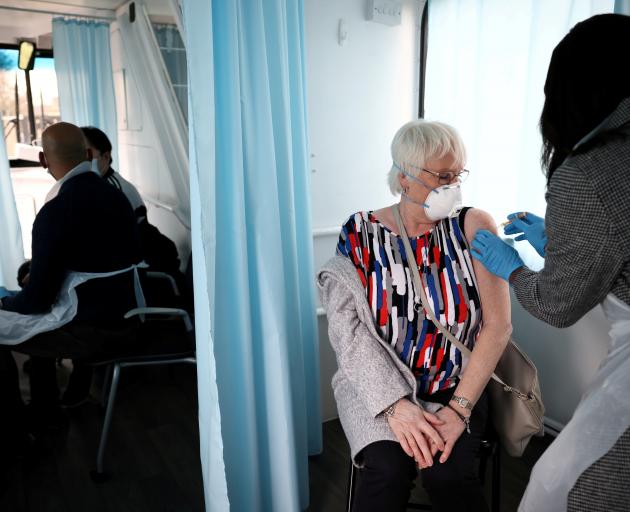 A woman receives a dose of the Oxford-AstraZeneca vaccine in Thamesmead, London. Photo: Reuters
British scientists have urged European countries to take note of interim data showing what they described as "remarkable" effectiveness of a single dose of Pfizer's or AstraZeneca's Covid-19 vaccines in frail and elderly people.

The results from a surveillance project called AvonCAP, funded by Pfizer, found that one dose of the Pfizer-BioNTech or AstraZeneca shot was highly effective at preventing symptomatic illness severe enough to lead to hospitalisation among patients aged over 80 with multiple other illnesses.

The results add to other early findings from studies of vaccine roll-outs in Israel, Scotland and England, which have also pointed to high effectiveness from the first doses. 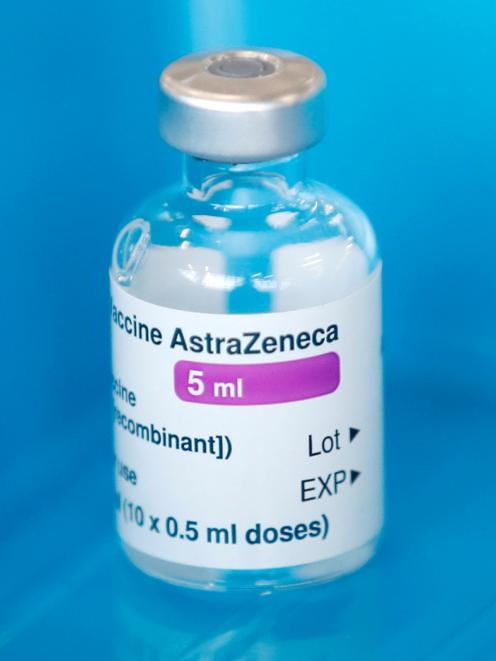 Some European countries, including Germany, Italy and France, are seeing a relatively slow roll-out of AstraZeneca's Covid-19 vaccine. Photo: Reuters
"Despite the frailty and age of these patients, one dose of either Pfizer or the AstraZeneca vaccine is remarkably effective at reducing hospitalisation and serious disease in these individuals," said Catherine Hyams, a respiratory medicine specialist at Bristol University who co-led the study.

Some European countries, including Germany, Italy and France, are seeing a relatively slow roll-out of AstraZeneca's Covid-19 vaccine as concerns about its efficacy, coupled with authorities' recommendations that it be used only with the under-65s, have undermined confidence.

Adam Finn, a professor of paediatrics and the study's chief investigator, said the results showed Britain's fast-paced Covid vaccine roll-out "is working better than we could have hoped".

He said health authorities in other countries, where there has been some reticence about deploying the vaccines in elderly people, should recognise and act on these "important" results.

"This study is much more important for non-UK countries than it is for the UK," he told reporters at a briefing. "There are lots of doses of AstraZeneca vaccine available in European countries and they are not being given to people over the age of 65 ... for lack of data," he said.

"Well, here are the data ... showing that you can save lives in elderly people," he added. "And those countries need to get on and start doing that as fast as possible."

The AvonCap findings showed that a single dose of the Pfizer-BioNTech shot, which began roll-out in Britain on Decemer 8, was 71.4% effective from 14 days at preventing hospitalisation among patients with a median age of 87 years, while a single dose of the AstraZeneca vaccine, which was rolled out from January 4, was 80.4% effective by the same measures among patients with an average age of 88.