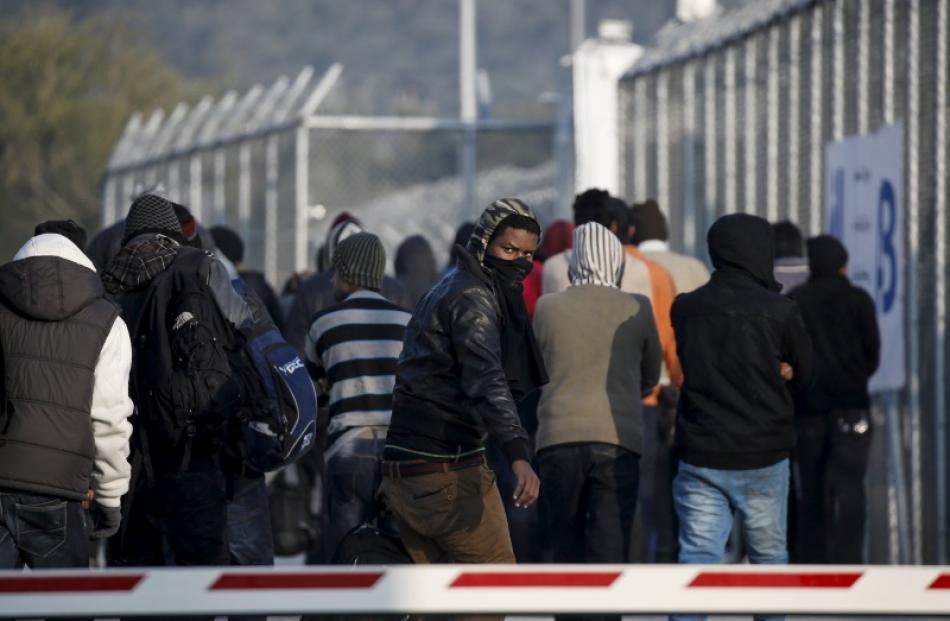 Refugees and migrants arrive at the registration centre on Lesbos. Photo: Reuters

Desperately seeking new lives, migrants traveling to Europe often hear lies and rumors such as promises of an escort across a forbidden border or offers of steady work that can steer them in the wrong direction and even endanger their lives.

Quashing such falsities is the goal of a nonprofit website that has given itself the task of assisting the waves of migrants traveling the Balkan route to Europe, fleeing war and poverty in their homelands.

The site http://newsthatmoves.org was developed by Internews, an international media development organization, to combat misinformation, particularly that used by smugglers to dupe bewildered or confused migrants.

More than a million people fleeing war and poverty in the Middle East and beyond have flooded into the European Union since early last year. Most make a perilous sea crossing from Turkey to Greece, then head north through the Balkans to Germany.

Inaccurate rumors are collected through conversations with refugees, online and through social media, and a weekly rumor-busting bulletin has been published on the website since earlier this year.

Translated in English, Arabic, Farsi and Greek, its content is at times recorded and broadcast on megaphones in refugee camps or played on transport buses.

Refugees hear such lies from smugglers as "I'm going to drop you in Athens and then once you get there, it's all going to be free. You don't need any money," said Alison Campbell, an Internews spokeswoman, told the Thomson Reuters Foundation on Monday.

"People were even told that they could get a taxi from Lesbos to Macedonia, even though Lesbos is an island," she said.

While refugees often depend on relatives having done the journey before them for guidance, social media means inaccurate information can spread like wildfire, she said.

"People don't know who to believe," she said.

Smugglers bent on taking people's money "tell them whatever they want to hear," she said.

With the political landscape ever changing, plenty of unreliable information is likely to lie ahead for migrants, said R Daniel Kelemen, a political science professor at Rutgers University in New Jersey.

A new agreement between the European Union and Turkey designed to close the migration route to Greece could force migrants to have to decipher what is changing for real and what is not, Kelemen said.

"That is going to feed a lot of rumors," he said.