"Colonisation’ has become a weaponised word, a lazy way of throwing rocks at Pakeha or "Western" culture, and the word’s associated codes for racism, sexism and Maori as victims. 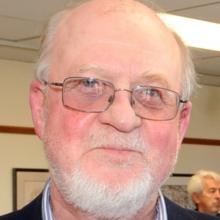 Philip Temple
The colonisation of New Zealand from 1840 by European, mainly British, settlers, and the arrival of free market capitalism, spelt mostly bad news for Maori. It is a huge achievement that Maori somehow hung in there and fought back, step by step, to reach a more equitable position today. And with a population about six times greater than it was in pre-European times.

But there is something disingenuous about some of our stone throwers. Migration and colonisation form the founding social characteristic of the entire human race. Increasing populations that outgrew food and other local resources, and engaged in fights over these, prompted groups throughout history to move on or to out-source.

Polynesian voyagers found this country and colonised it around 1300. There was apparently no-one else here when they arrived. But competition for resources and its associated land in Aotearoa, as some northern iwi knew it, intensified and caused migration, armed conflict and internal colonisation.

Meanwhile, half a world away, European tribes/nations were up to the same thing. But by the late 18th century Europe had "discovered" the rest of the world and begun to colonise it with the persuasive moral certainties of Christianity, the logics of science and political control with guns, machines and, above all, disease. Covid-19 has nothing on measles and smallpox. This was all bad news for indigenous peoples.

Rampant capitalism and "free" trade were bad for Maori. They were also bad news for the bulk of the population of the colonising countries. People were pushed off the land into polluted industrial ghettoes, enduring almost slave-like working and living conditions that lasted well into the 20th century. (My Yorkshire grandfather died at the age of 31 from lung diseases caused by coal mining). It is not surprising that, offered the chance, many took off for countries, colonies, that offered a better life.

Nothing was going to stop the world-wide surge of colonisation that took place after the Napoleonic Wars. Yet Maori benefited from a rare "sweet spot" in the process. In the 1830s, evidence of the terrible consequences of uncontrolled colonisation, such as the slaughter of indigenous peoples in Tasmania, caused such groups as the Church Missionary Society and the Aborigines Protection Society to influence the Colonial Office into taking a relatively progressive approach to treating with indigenous peoples where British settlement was taking place. This provided a window of opportunity for the Treaty of Waitangi. Not long after that, Britain as the world’s greatest industrial and military power kicked such ideas into touch. And this was reflected in settler attitudes to Maori from the mid-19th century.

Maori rightly expect Pakeha to respect and value their unique culture, to reject racism, to understand and help fix the problems associated with their social and economic problems. Although it should be remembered that not all Maori are part of an under class. Many are doing well under "colonisation" without losing their cultural identity and mana.

Has "colonisation’s" rule of law, Christian values, technology, medicine and cultural breadth been all bad for Maori? If Maori rightly ask that their culture be valued and respected, and that much of it should be absorbed into the national way if life, it should also be acknowledged that Pakeha have whakapapa, too, and their own Hawaikis.

It is not useful to refer to them as "tauiwi", a word that has transmogrified from meaning "strange tribe" to "other" and which is dismissive of the bulk of the nation’s population. It is also close to the dangerous concept of "The Other", those who do not conform to one race’s view of what is "normal" to a place and are seen as alien. This is the road to separation and conflict.

Back in 1995, the magnificent Rangiatea church at Otaki was burned down by Maori activists. It had been built with the support of Te Rauparaha. Totara logs had been used from his own reserve.

Three million dollars was raised to build a replica and governor-general of the time, Sir Anand Satyanand, commented on what could be achieved by people in a spirit of partnership, "when our differences are harnessed for the common good".

We need to celebrate all our whakapapa, all of the values and cultures that form this special nation. Kaua e rangiruatia te ha o te hoe e kore to tatou waka e u ki uta.Do not lift the paddle out of unison or our waka will never reach the shore.

Colonisation is a form of psychological induction. In this regard, cultural practice was suppressed. The colonised were like the battered spouse conditioned to compliance. With power comes resistance.

This is the most sensible and balanced piece I have seen in a long while. Colonisation and invasion is as old as humankind. It happened in NZ long before Europeans arrived and continued with the N Island Maori take over of the S Island. It has its upsides and its downsides. Most countries are ultimately richer from it and that certainly applies to NZ. Unfortunately the term is now used in a perjorative way be the ignorant.

The difference between Ngai Tahu colonisation of the South Island and the British colonisation of NZ is profound.
Although there were some battles, Ngai Tahu intermarried with the original occupants and adopted their customs and traditions.
Unlike the British colonisation, which was effectively: do it our way or hit the highway.
I do agree with you on one point, the ignorant can always be relied upon to use their ignorance in a pejorative way and not even recognise it.

The Government's Vision 2040 he puapua roadmap is an interesting read on what policies are going to be put in place to dismantle colonial power and move to a more tribal basis of governance by the 200th anniversary of the Treaty of Waitangi.

It is difficult to grasp Dr Temple's point.That colonisation is dangerous is stating the obvious. As a word, "colonisation" has always been weaponised. The deliberate and planned civil (usually with military support) occupation of a country that is already occupied is always going to result in conflict. This is not new.
The re-examination of the history of a colonisation is always problematic and confronting when the descendants of the colonised start pointing out uncomfortable truths to the descendants of the colonisers. Wishing that we all sit round the campfire and sing "Kumbaya" and all live happily ever after is a pipe dream, especially when those calling for the sing-a-long are expecting everyone to sing from the colonisers song book.
I also disagree with one of Dr Temple's specific claims: he says that rampant capitalism and free trade were bad for Maori. No it wasn't. Maori adapted well to capitalism and free trade. They thrived with it, the colonists relied on Maori to feed them. What the Maori could not cope with was the invasion and/or theft of their land.
I find Dr Temple's analysis and thought processes typical of his generation and in that regard unsurprising.

Colonization, yes it occurred now what…? It seems we have done a great deal in NZ across the years to find ourselves as a Nation. its not about ignoring past conflicts but more about finding that place within ourselves where the bi-cultural aspect - looking specifically at the relationship between Maori and European - can exist in relative harmony, unmolested by opportunistic radicals or social justice agitators. There must surely be a time when the spectre of past colonization wears thin for all. Would it be fair to say that today in contemporary NZ, the majority of NZ European and Maori live together in one form or another, either as partners, friends, neighbors or work colleagues, in a fairly well-intentioned sense of unity, or are we to be forever hopelessly divergent? Our understanding of our collective pasts is all we have, But, if we are to make it past colonisation phobia, we need to grow in mutually agreeable ways. Difficult yes, but not impossible.

Colonisation is different from random settlement. The early English jetsam turned Kororareka into 'the hell hole of the Pacific'. The Crown (Queen Victoria) was asked to intervene.