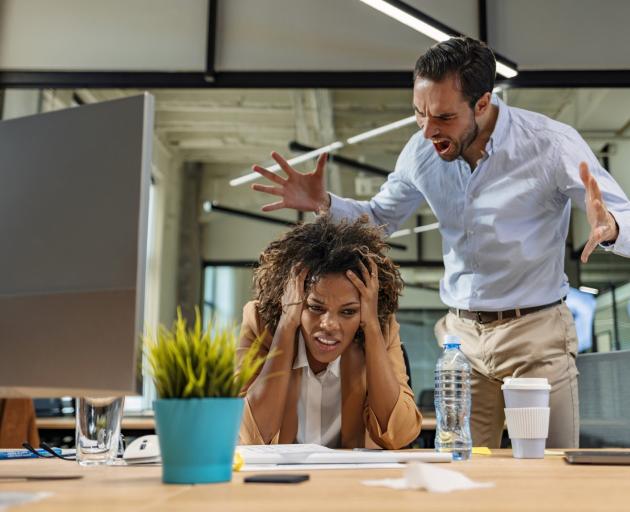 What if we know our actions harm people (directly or indirectly) but we are powerless to prevent the harm? PHOTO: GETTY IMAGES
Graham Redding  looks at how our moral compass is changing with our workplaces.

Ethical and moral dilemmas in the workplace are common.

Most of us can probably cite examples of ethical standards (professional codes of ethics, workplace policies, legislative requirements, etc) being breached, and the moral compass, by which we determine right from wrong on a personal level, being skewed.

Dilemmas are symptomatic of living in a broken world where institutions and organisations, including those that are established to serve the common good, are flawed. Good people do bad things. Ethical standards and moral perspectives change over time. What may have been regarded as the right or acceptable thing to do back then is no longer acceptable today.

As moral agents we are responsible for our actions. We listen to our consciences, we deal with consequences and we try to make things right.

But what if we can’t? What if the circumstances and effects of our transgression are beyond our control? What if our moral agency is compromised by job requirements and institutional politics? What if we know our actions harm people (directly or indirectly) but we are powerless to prevent the harm?

Military personnel, for example, who feel the moral weight of “collateral damage” — the killing of innocent civilians including children.

Or health practitioners and welfare workers who know that, because of constraints beyond their control, standards of care are not being met, and people’s lives are being put at risk.

Recent studies have coined the phrase “moral injury” to describe the trauma that may result from perpetrating, failing to prevent, witnessing, or learning about acts that violate one’s core moral beliefs and principles.

The physiological, mental and spiritual effects of moral injury are not dissimilar to post-traumatic stress disorder, and may include fatigue, sleeplessness, irritability, depression, burnout and suicidal ideation.

Most of the studies I have seen on moral injury have focused on the military and healthcare sectors. But there is ample anecdotal evidence, and no shortage of media stories, to suggest that moral injury exists in every sector of society.

The creation of a speak-up culture and the enactment of whistleblowing legislation (Protected Disclosures Act) have been important developments in addressing serious wrongdoing in the workplace.

But those measures will not in themselves deal with moral injury because moral injury, like other forms of injury, requires a pastoral and therapeutic approach. It requires healing.

Studies show that a multidisciplinary approach is often helpful. Health professionals, including GPs and clinical counsellors, have a key role to play in the healing process.

As do chaplains and other faith-based carers. That is because, for many sufferers of moral injury, their feelings of guilt and shame are not just psychological issues; they are spiritual issues. They are existential issues.

Some years ago, when I was working as a parish minister, a World War 2 veteran asked to see me to talk about the effects of a wartime incident. He did not disclose the details; he just wanted to talk about the feelings of guilt and shame that arose from his involvement in the incident, which he had carried ever since. His question of me was simple: Is forgiveness possible?

In asking his question, the man acknowledged that although he had a church background it had been dormant for decades. I asked him if he could recall any stories about forgiveness from when he had been active in his church attendance. He mentioned Jesus’ parable of the prodigal son.

So that parable became our starting point. We talked about the prodigal’s surprise at being embraced by his father rather than shunned and condemned for his moral transgression.

In subsequent conversations we engaged with other biblical texts, including the rich imagery in Psalm 23 of being led towards still waters, of being accompanied through the valley of the shadow of death and of being pursued by God’s mercy. We contemplated God’s mercy from a variety of angles and through a variety of means, including the use of ritual and symbol. We broke bread together in the manner of the Lord’s Supper.

Although I do not recall a breakthrough moment, over time I saw the man lay down the burden he had been carrying for over 50 years.

There may have been other ways of achieving the same end. But in this instance, I was able to see for myself that moral injury can be healed. There is forgiveness. There is hope, particularly as we trust ourselves to the mercy and the restorative power of God.