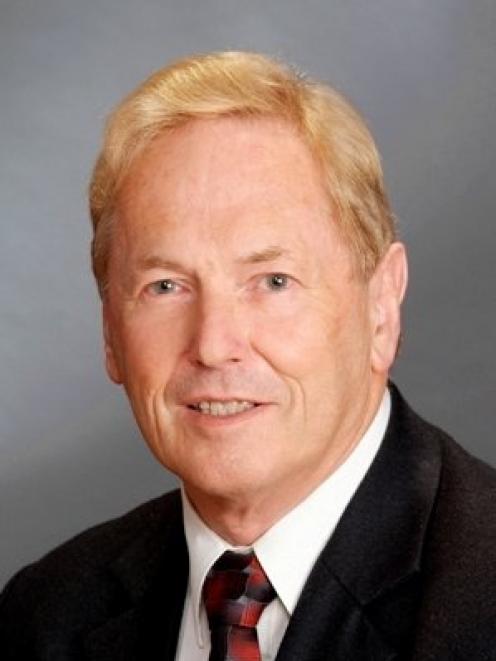 Debt (read borrowings) has become something of a touchstone for those who oppose a particular capital works project.

Indeed at times, I and others wonder if the confusing mix of opinion and "own fact" by regular critics of council borrowing is really another imaginative creation from the Miramar workshops of Weta!

Their interest in council activity is appreciated even although that does not always extend to attending meetings or, apparently, accessing relevant and readily available financial information.

They are entitled to their own opinions.

No argument about that.

They are not, however, entitled to their "own facts".

When those are seemingly accepted in an Otago Daily Times editorial (30.1.09) with talk of ballooning debt and without any apparent checking of readily available information, including the draft community/annual plan currently being considered, it is time for a reality check.

In May of last year, one of the most persistent critics, Calvin Oaten talked in these columns of "A Tsunami of Debt".

Predicting his imagined tsunami (ODT 1.5.08), he talked of "a convoluted process by which it is proposed to disguise the cost of the stadium (by putting) this debt upon the Dunedin City Holdings group of companies".

He then proceeded to add $92.4 million to the long-term debt of those companies failing to recognise that it is already included in the $330 million projected core council debt.

Mr Oaten's "tsunami" turned to "a shiver up (his) spine" as he ventured yet another piece related to the current Draft Annual Plan and the 10-year Long Term Community Plan published on these pages on January 27 this year.

Said Mr Oaten: "It postulates a rate increase of 6.7% for next year, but the worrying aspect is that each of the following three years will have an average increase of 9.7%."

Mr Oaten: "The increase over the 10-year LTCCP projections is for a total increase of 58%."

The estimated inflation factor which must, by law be included, accounts for 36.4% of that.

Apart from Year 1 (the immediate year ahead), all other years are projected estimates.

Given their nature, the timing of capital projects is not always certain or precise, as indeed Standard and Poors noted in their most recent report on Council's financial management. This inevitably leads to changes in the projections as the decade moves along.

Much criticism of council debt and related issues has emerged from opposition to the proposed Awatea St stadium.

Challenging the comment from Council's Finance and Strategy Manager, Athol Stephens (ODT, 17.1.09) that: "It will not cost more than $66 a year for the average household for the city council's share of the funding", Mr Oaten calculates that: If, however, we divide $5 million by 53,000 (approximate number of ratepayers) we get $94.34, close to 43% more than stated.

Mr Oaten and others who have made similar calculations appear to have overlooked that the stadium would be rated over three property categories, not one.

For example, a residential property with the average capital value of $291,000 would pay around $66 each year towards the stadium.

There has been confusion, too, over the relationship of the DCC with the new stadium, should it proceed.

Mr Oaten says: "Once the stadium is complete, a new company, called Dunedin City Venues Ltd (DCVL) will be formed, and it will be placed under the umbrella of Dunedin City Holdings Ltd (DCHL)."

The proposed Dunedin City Venues Ltd - which will assume ownership of several other DCC property assets as well as the stadium (if it goes ahead) - will be a council-controlled organisation (CCO).

It will not be part of DCHL.

There is no reason why it should, given the nature of the trading activities that lie within DCHL and which are quite dissimilar to those that DCVL will have responsibility for.

Mr Oaten then continues: "DCV(L) will then borrow through Dunedin City (Treasury) the $92 odd million and purchase from the DCC all its assets in the stadium.

With the consideration paid, the DCC will pay off its overdraft and the stadium will be off the city's books.

As this chart from the draft community plan currently shows, ratepayers will not be carrying a total of $775 million or anything like it. Mr Oaten arrives at his projected figure by lumping CORE Council debt with the projected Council GROUP debt which encompasses both core council and DCHL.

Says Mr Oaten: "In order for DCHL to service the additional debt assumed for the stadium, it will be unable to pay the annual dividend of $25.2 million, as budgeted for in the 2007-08 LTCCP.

"It has accordingly been reduced to $13.842 million, as shown in the current LTCCP.

This represents a reduction in budgeted income to the city of $11.36 million per year."

So, don't be surprised that the stadium will, in reality, cost the average ratepayer some $308.68 each."

As council chief executive Jim Harland and Athol Stephens have patiently explained on several occasions (including as recently as Janaury 17 in this newspaper), the total amount budgeted to be transferred from DCHL to the Council over the 10-year period is unchanged.

But the composition of it has.

In future, the cash transferred from DCHL will comprise partly dividends and partly interest on the shareholder's advance.

The reason for this is that if DCHL continues to transfer cash to the Council in the form of dividends it will soon run out of imputation credits, leaving the dividends taxable in the hands of the Council.

The additional cash required by Council over and above the amount of interest on the shareholder advance is met by a dividend payment which carries full imputation credits but does not exhaust the supply.

Mr Oaten is correct when he says that: "The servicing of the stadium debt inside the group of companies (note that his previous reference to DCHL has now gone) will reduce the cash available for transfer from DCHL to the Council by $5 million, compared to the pre-stadium position, hence the need to raise the general rate to cover that amount each year."

But for the reasons explained above that cost to a residential property owner with the average capital value of $291,000 is around $66 each year not $308.68.

Tomorrow: Why does the DCC borrow, and how has Dunedin City Holdings Limited performed over the last 15 years.

• Richard Walls is a Dunedin ratepayer, city councillor and chair of the DCCs Finance and Strategy committee.