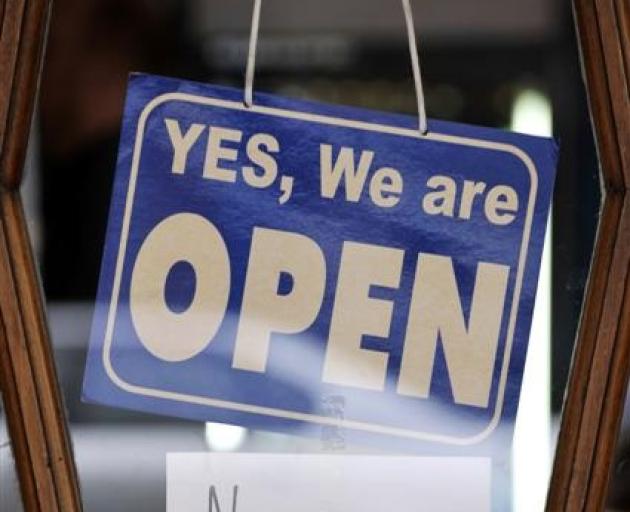 Service with a smile? Photo: ODT files
A few years ago, driven by boredom and a desperate need to pay my rent, I applied for a waitressing job at a newly established American diner in a dusty corner of Edinburgh.

The combination of years of hospitality experience, my winning smile and great desperation on my future boss' part landed me the job and thus I began the most exciting and infuriating job of my life. You see, this was no ordinary diner. No, it was a small pocket of hell disguised as a diner. Think The Office meets Hell's Kitchen.

For starters, the head chef was a raging misogynist who liked to serve his pancakes with a healthy dollop of sexism and sarcasm. His partner, the boss (let's call her Catherine), was an interesting character who would, without fail, crack open a bottle of wine every day at 5pm on the dot.

And as for their fat little pug? Well, he was the mascot of the restaurant, wheezily waddling around the place.

The icing on the cake however was the long, scathing reviews left on TripAdvisor. Naturally, instead of taking on the criticism and working to better customer interactions and the business overall, Catherine immediately saw these reviews as a ploy by competing businesses to undermine us.

She had a point - in some instances the reviews mentioned dishes we'd never offered before. But regardless of their authenticity or lack thereof, dear Catherine would reply to each and every review, a glass of wine in hand to speed up the process.

Now usually when a business is criticised on TripAdvisor or Yelp, the managers will issue many apologies, or respectfully ignore the review together. Not so my boss. The brilliantly cutting replies she left still bring tears of joy to my eyes. Whenever I'm feeling particularly low, I log on to TripAdvisor and peruse her latest literary delights.

Some reviews were more than 1000 words long and described the diner as ''unfriendly'', ''tacky'' and ''greasy''. One complained about the ''terrible management who argued and bullied both staff and customers . . . the terrible menu and the terrible food''.

Catherine hit back with ''you are deluded''. Short and sweet. Another critic penned a 1128-word diatribe against the restaurant including the complaint they were expecting a ''serious chilli fiesta'' in the mouth but got something akin to Heinz Spaghetti Hoops.

My boss replied replied: ''Wow . . . what a looooooooooong complaint . . . the sandwich was super spicy and if you're saying it wasn't I can only assume you have no tastebuds left in your mouth.'' Isn't that just brilliant?

My personal favourite was a review left by a disgruntled customer who complained about overhearing swearing in the kitchen. Given we had an open kitchen, it was inevitable some kitchen discussion would be overhead by customers seated near the bar.

To this end, I tried to keep my interactions with the other staff quiet and respectful. The head chef however loved to swear vociferously and berate the suppliers over the phone. Catherine responded to this zinger of a review by accusing the customer of eavesdropping: ''Hi, I apologise that you heard the chef swear when you were evesdropping [sic] and I don't think you can call this being rude.'' Gold.

I guess what I'm trying to convey is the potential for entertainment on TripAdvisor. Seriously, go for a scroll through some of the reviews. Check out the product ratings on Amazon. There are some literary gems out there. I have to admit, I'm also in awe of my former boss.

Maybe it was the alcohol speaking, but she had the guts to voice her opinion to each and every one of the complaining customers. She didn't give a damn. In her eyes, the customer was never right - unless they were praising the diner, of course.

Honestly, it was refreshing. After five years of pussyfooting it around endlessly complaining customers, placating their every whim, Catherine's attitude to criticism was a breath of fresh air.