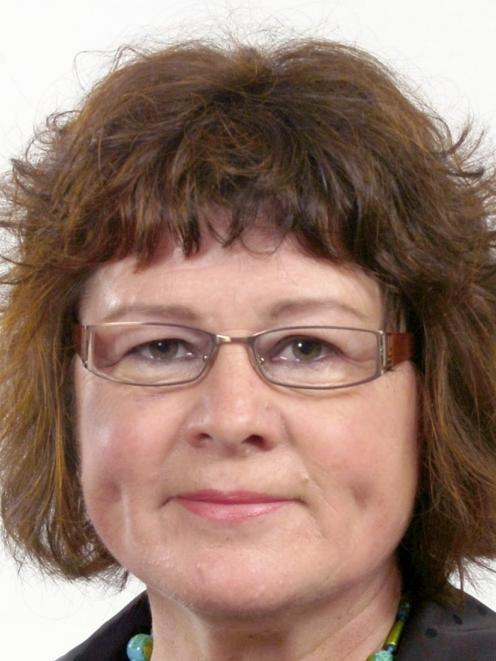 Fliss Butcher
Cr Fliss Butcher's "old farts" was like a breath of fresh air. Only the very narrow-minded or extremely thin-skinned could demand an apology from her for suggesting that "old farts" should not be given all the say in deciding how we celebrate Dunedin's 150th anniversary in 2015.

Nor should there be any apology for the word itself. When I was a boy the word "fart" was rarely seen in print. It could be found only on the door of the boys' dunnies or in one of the bigger dictionaries in the adult section of the library.

There it was unforgettably defined as, "an explosion between the legs". It is a marvellous word to roll around the mouth like a rich burgundy, as the pretentious might say, but to use it more than once or twice in a family publication would border on the obscene, so we'll stick to OFs.

The OFs will probably suggest that a statue be erected for the 150th, or that a chair in geriatric health be funded. Boring! They might even suggest that a history be written. Good grief! The city is awash with histories.

The city council itself had a superb centennial history written by K. C. McDonald in 1965. His City of Dunedin brought us right up to date with the modern era of trolleybuses and the flash new airport at Momona. Surely it would be overkill to write another history after a mere 50 years.

Others still do books, of course. At least two local law firms plan to publish books to mark their 150 years in business, but then law offices are notoriously top-heavy with OFs. Some OFs were even expecting this newspaper to front up with a history book last year for the ODT 150th anniversary, but instead the paper gave the town a great night out, a superb photograph exhibition and some historical supplements.

The Press in Christchurch produced a modest 150-year history last year and the Southland Times is doing the same this year, so I guess there are still a few OFs on the staff of both papers.

Perhaps a Dunedin history is being written but, if not, the run is being left a bit late.

No, the way forward is to be fun-seeking and entertaining. Fliss Butcher herself is quoted as suggesting a "documentary". What a brilliant idea. We presume she had some sort of television exposure in mind and what better way is there to promote this beautiful city?

A documentary might cost about $300,000 but think of the benefits. Naturally, the main television channels wouldn't touch it, but Channel 9, with good coverage of the city, would certainly give it a run. There would be DVD sales.

Dozens would be snapped up, watched once and then hawked off to clutter up the shelves of second hand shops. But it would be modern and trendy - something the OFs will never understand.

The way to go is to cast aside all the OF stuff and listen to the young people. The DCC has called for suggestions and nothing will be easier than to turf out those in the shaky handwriting of the OFs and concentrate on what the coming generation will be texting and tweeting.

Perhaps Friday Night Fireworks every week in 2015 and the National Couch-Burning Championships early in the year.

The events will have to be on a modest scale; given that the DCC is likely to be as cash-strapped in three years as it is now, but the young, vibrant section of the population know how to have fun without spending lots of money.

An Octagon Drinkathon and the Baldwin Street Dwarf Throwing Extravaganza are events which would come cheap but get national exposure.

Great Dunedin traditions could be boosted with the Nude Rugby World Cup. Gosh, the possibilities are endless, and there need be no boring stuff about Scottish settlers, gold miners or university-founding.

Dunedin's quaintly ridiculous claims like being the first city in New Zealand, having the first public art gallery or the first gas lighting can be relegated to where they belong - history's rubbish bin. Thrilling stuff for the OFs but meaningless to the now generation.

Fliss Butcher need apologise to no-one and, anyway, the frequent apologies we hear from national politicians come with handouts of millions of dollars in the hope that old wrongs will be righted, but at the local body level such money is reserved for stadiums.

The DCC and young Dunedin will organise a great year in 2015 and it is to be hoped that the OFs, instead of moaning about tradition, preserving the past and telling our story, will slip quietly away and read a few chapters from McDonald while the rest of us can join Fliss Butcher and her council cronies at the dwarf tossing or the fireworks.

• Jim Sullivan is a Dunedin writer and broadcaster.