Churches must rise to the challenges of the modern world 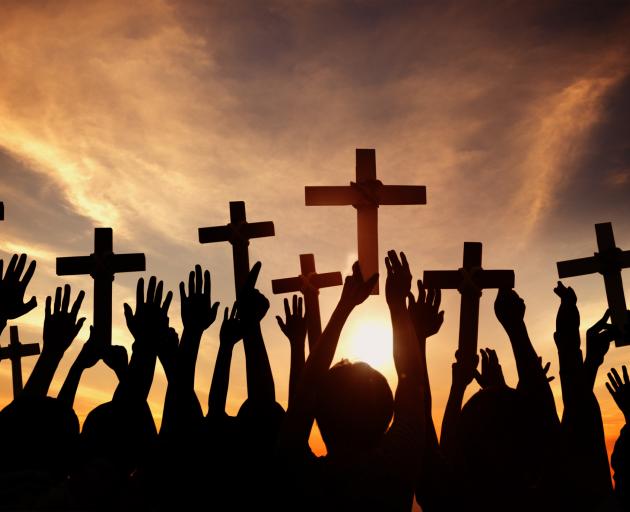 There is often widespread bemusement about Christianity. PHOTO: GETTY IMAGES
The challenge for churches is to meet the needs of the world today, writes Peter Matheson.

It's an interesting experience being a churchgoer these days. We’ve been nudged to the periphery of society and lost out in numbers and influence.

To any neutral observer it might well seem that the Christian churches stand for utterly regressive social and gender policies and all too often for the scandalous abuse of power.

So it’s been quite a turnaround for us churchgoers. In my student days at Otago the churches were at the forefront of radical action. The first anti-nuclear march in Dunedin was largely church-led.

In the 1980s, larger-than-life personalities like John Murray (Presbyterian) and George Armstrong (Anglican) were prominent in the anti-Springbok tour campaign and the emerging nuclear-free movement. Catholic peace and justice activists worked side by side with Methodists, Presbyterians, Anglicans and Quakers for years before David Lange cemented our non-nuclear stance.

The core values which undergirded this new thinking about national security and biculturalism stemmed to a significant extent from Maori and Pakeha church sources. Brilliant composers Shirley Murray and Colin Gibson wrote the battle hymns for these momentous struggles. One thinks, too, of the key roles of Cardinal Tom Williams and Archbishop, later Governor-General, Paul Reeves in turning around Pakeha attitudes.

Today all that seems forgotten.

Rather there is widespread bemusement about Christianity. How can otherwise intelligent people keep trundling along to these outdated church services, people ask.

I still encounter the assumption that we live off a diet of hell-fire sermons, though in what is now a long life I’ve never encountered a single one, whether here, in Scotland, Germany, Australia or the United States.

It’s bizarre, this almost wilful ignorance. Few seem aware that biblical scholarship has transformed matters, and has been doing so in little Dunedin since the mid-19th century!

The other day I met an ex-student of Knox College, Joan Taylor, now professor of early Christian studies in London, who has just published a book, Women Remembered, on the women disciples around Jesus.

Yet on the issues of gender, peace-making, social justice and community-building, Kiwi society seems to turn a blind eye to the creative alternatives offered by the entire Christian tradition. Even given the past and present idiocies of church spokespeople it’s hard to explain.

When talking with my non-Christian friends I often pose the question: where are we to get our values as a post-Christian nation?

The celebration of Matariki highlights a welcome awareness of what matauranga (Maori knowledge) has to offer us. We cannot, however, expect Maoridom to offer solutions to all the problems created by Pakeha: the stubborn indifference of suburbia to environmental meltdown, the worrying addiction of young people to social media

Maybe we need to pause, and think again about the rich resources that the Christian tradition of spirituality, theology and creative action has to offer.

As compassion fatigue looms, the churches’ discipline of daily and communal prayer for others is a crucial corrective.

The tough challenge, for sure, to the churches is to get their house in order, to package their transcendent message to meet the needs of the world of today. Reformata reformanda!