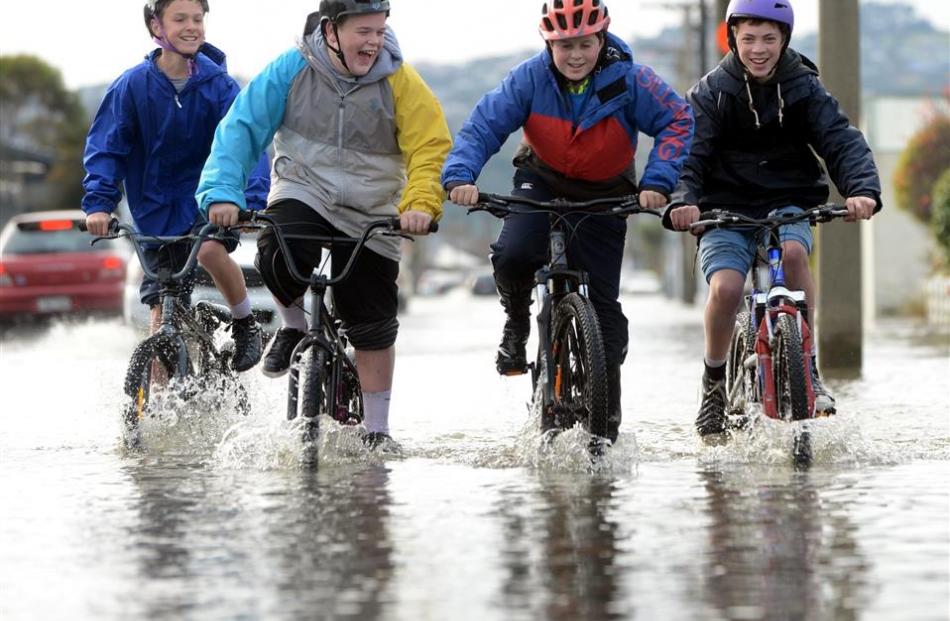 Neil Johnstone, of Macandrew Bay, calls for rational and responsible discussion on sea-level rise and risks in South Dunedin.

I am currently reviewing hazard reports used by the Dunedin City Council in its woeful approach to natural hazards across the city, most obviously in respect of landslips, but also on flood issues.

My conclusions differ from those of Mr Cull.

The council originally claimed the extensive flooding in June was caused by "a 150-year flood'', and not by infrastructure failure.

Having subsequently seen the 150-year claim thoroughly debunked, Mr Cull is now blaming sea-level rise (and still not infrastructure) for the flooding.

In support of his comments, Mr Cull mentions reports and studies in a scatter-gun approach.

The result is, in my opinion, a mishmash of personal, unqualified opinion and misinterpretation that should carry little weight but, regrettably, will unnecessarily alarm South Dunedin residents and inevitably depress their property values.

Landowners outside this speculative "red zone'' may benefit from this.

Mr Cull quotes a 3.3mm average annual sea-level rise off Green Island reported in the Otago Regional Council's report of the June flood, but fails to properly acknowledge the sea-level data for the June event presented in the same document.

There were no abnormally high sea levels recorded during the flood, so the mayor's claim sea-level rise was a factor in this flood seems entirely spurious.

Similarly, the regional council report's data demonstrates bore water levels peaked coincident with high rainfall during the June event, and were thus not controlled by sea levels as stated by Mr Cull.

That should surprise no-one.

His further assertion that "we know that just a tiny rise in sea level will cause periodic ponding in parts of the city, whether it rains or not'' is both alarmist, ill-considered and not valid for the vast majority even of low-lying South Dunedin.

For the record, the rainfall event was of the order of a 20- to 30-year event, depending on what is considered to be the critical rainfall duration.

Such an event could normally be expected to exceed stormwater infrastructure capacity and cause surface flooding.

Any stormwater infrastructure in poor condition, not working or subject to poor maintenance would increase the impacts of that flooding.

Conversation on possible sea-level rise and impacts is to be welcomed, but the conversation needs to be held in a manner that is rational and responsible.