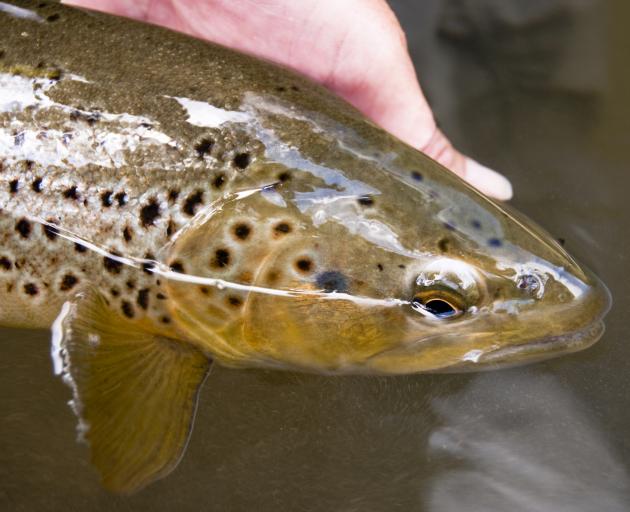 The Mataura is a world-famous trout river. PHOTO: GETTY IMAGES
A new tourism proposal for the Mataura River could bring a raft of trouble, writes Dave Witherow.

It seems inevitable that our economy's ever-increasing dependence on tourism will generate the same kind of conflicts already seen overseas.

In Europe, where tourism has been a profitable enterprise for many generations, the geometric increase in numbers is now producing a backlash. Limits have been imposed at many popular destinations, and are now on the agenda for cities across the continent, from Amsterdam to Venice to Prague to Barcelona.

Here in New Zealand, however, we have so far been reluctant to consider the idea of limits, despite the already obvious impacts of mass tourism on our towns, roads, and natural environment.

Officially, it seems, there is little to be seriously concerned about. We are still "clean and green" - a South Seas paradise of idyllic beaches, lakes, rivers, and evergreen forests - all of them pristine and capable of absorbing any multitude of visitors. But this happy fiction is no longer very convincing.

We are far from clean and green, and as the tourists proliferate, seeking out more and more of our last wild places, the amplitude of our own lives and recreations is steadily diminished. We are afflicted by what the biologist Garrett Hardin once described as "the tragedy of the commons", and seem curiously unwilling to do anything about it.

The Department of Conservation - theoretically charged with the care and maintenance of New Zealand's natural inheritance - now finds itself entrapped in activities considerably at odds with that original mandate. Year upon year it facilitates encroachment upon the public domain. It builds new infrastructure - tracks, huts, toilets, and bridges - in remote regions hitherto seldom visited, and seems petulantly surprised when these facilities are almost immediately saturated and further "development" is required.

Doc is far from alone in being caught in such self-contradictory attitudes. Our local bodies, too, seem to operate in a time warp where no limits are recognised - even when the changing mood of the public might caution otherwise.

In Southland, for example, there is now a proposal to admit commercial rafting on a number of waterways, including the Mataura - a proposal that has so far not been made open to the usual process of public submission.

The Mataura is a world-famous trout-stream, as symbolised by the big plastic edifice beside the bridge in Gore. Ever since trout were introduced to New Zealand, this river has been an irresistible magnet for anglers throughout Otago and Southland, and its significance was long ago acknowledged by the granting of a Water Conservation Order, initiated by Fish and Game, and financed by anglers through their licence fees.

The Mataura, when not in flood, is a medium-sized river, the perfect size for fly-fishing. Its willow-sheltered banks, deep pools, and shallow ripples provide habitat for innumerable insects - mayflies and caddis - which subsist and mature on the riverbed before emerging on the surface and becoming available to the trout. The willows themselves generate billions of willow-grubs.

And it is this combination of attributes - ideal size, secluded water, easy access, and sublime hatches of mayflies - that have made angling far and away the most popular recreational activity on the river.

There are no guarantees however, that this happy state of affairs will continue indefinitely. Water quality is declining, as everywhere, and as the tourist boom expands, so also do the number of overseas anglers, putting additional pressure on the fishery and demonstrating once again the classic vulnerability of a commons.

None of our resources are infinite, and the more widely they are shared or distributed, the less there is for each of us. This applies as much to such intangibles as solitude, silence, and remoteness, as it does to real estate, or the freedom of our highways.

The Mataura represents this hard dilemma in miniature. Already, the experience of its angling is changing through the impact of tourism, and now, with the prospect of commercial rafting on the river, we face the choice of either accepting limits and imposing them, or abandoning the future to interests other than our own.

There may be rivers in this region where large-scale rafting could be accommodated, but the Mataura is not one of them. Many people would be disadvantaged, while only a few would ever benefit.

This is an angling river, par excellence, and the commercial intrusion of large rafts full of tourists - even if physically practicable - would be to sacrifice an angling tradition that has survived in the South for more than a century.