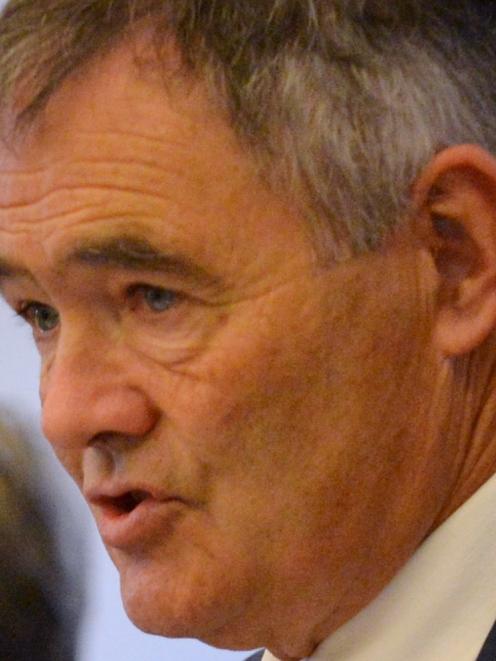 Dunedin Mayor Dave Cull
Winning the Gigatown competition was, so Dunedin was told, going to be the best boost for the city since the 1860s gold rush.

The excitement when the other towns were vanquished in November 2014 was evident.

Dunedin would get the jump on other centres. Businesses would come, and homeowners would revel in internet speed that could hardly be imagined.

Perhaps the hype was over the top. Perhaps the whole competition was more marketing for fibre than substance for the winner. Nevertheless, there remains an underlying and justified feeling Dunedin was too slow to take advantage of this opportunity.

Why, for example, did it take so long to appoint a co-ordinator?

Why did it take nearly a year after winning the competition for ‘‘Day One'' to be launched? Meanwhile, other towns and cities rolled out their fibre networks.

Dunedin Mayor Dave Cull has been left defending the slow responses, and one wonders if he, too, has been frustrated by the speed of what has and has not happened.

His comment, though, that the city's focus had been on winning the competition and not on preparing for what came next ‘‘since there was a good chance we wouldn't win'' is extraordinary.

Part of the contest itself was about the plans to take advantage of success. In any case, the council should immediately have put the foot on the accelerator and worked with the Dunedin Community Trust to make things happen without delays.

Significant action should have been under way even before that first Christmas of 2014. Instead, the council bureaucracy lumbered on at its own slow process-driven pace.

While the council is far from alone in this inability to be nimble and quick - most large organisations and certainly most large public bodies, such as health boards and universities, are like this. This was an occasion when it was vital to go for it.

Of course, there are dangers in more haste and the increased chance of mistakes. These public bodies with their monopoly powers can also be risk adverse because of the scrutiny and criticism they come under.

This is notably so for councils. But strong, decisive leadership was required and was found wanting.

Two of the strongest Gigatown advocates, business figures Ali Copeman and Ian Taylor, are disillusioned at opportunities lost. And the city has hardly seen a flood of companies setting up to capitalise on the internet speeds.

Nonetheless, and despite the council's tardy responses, positive signs should not be ignored. Dunedin companies dependent on fast internet have been helped, and there are examples where the speed has brought businesses to the city or helped retain them.

It does seem, also, there are difficulties with connections from the streets into ‘‘gig-speeds'' in homes and offices. As well, there has been a suspicion internet service providers have not been choosing to advise people when they had access to gig-speeds.

People have connected to fibre assuming gig-speeds, and this has not occurred.

Dunedin is in relatively good heart, and there are good signs. There is an optimism the city is a worthwhile and interesting place in which to live and work and this can build on itself.

The Gigatown win and the benefits it is delivering reinforce this. But it has not brought the riches or wider reputational identity that was sought.

A new element for ‘‘GigCity'' is a network of 12 more Gig-speed free WiFi hotspots in addition to the hot spot already in the Octagon. It is expected the first five of the sites will be ready by the end of the year, still more than eight months away.

But can it be done more quickly? Once again it would seem nothing can happen quickly.

Gig-speeds might be incredibly fast but hooking into and taking advantage of them certainly does not seem to be.