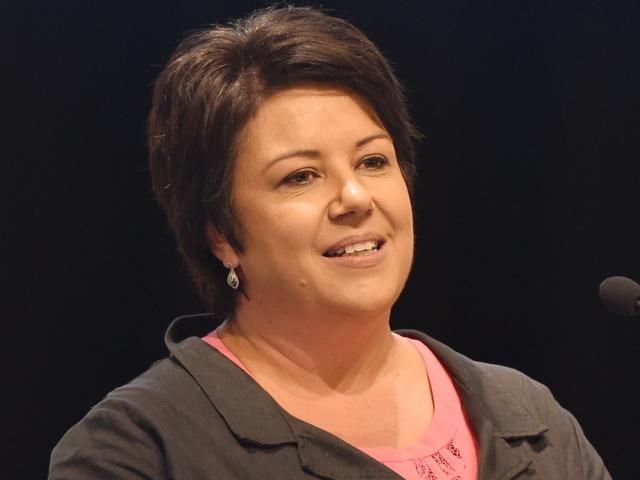 Later on the same day, the Parliamentary Commissioner for the Environment Jan Wright issued a rallying call to MPs of all parties, telling them it was time to come together to tackle climate change.

In response, Mrs Bennett said the Government was unlikely to follow Dr Wright's recommendation to establish a new Act similar to the UK Climate Change Act.

The UK Act was passed with overwhelming cross-party support in 2008. At least nine other countries have since passed similar legislation, including Denmark, Finland, France, Ireland, Mexico, Norway, Scotland, Sweden and Switzerland.

Dr Wright says a similar law in New Zealand will put emissions targets into law and require the setting of carbon budgets to act as stepping stones towards the targets. It will also establish a high-powered independent expert group to crunch the numbers and provide objective advice.

However, Dr Wright's recommendations are likely to come to nought, given Mrs Bennett's reasoning of New Zealand being very different to the UK, and parts of Europe.

So what to do?

Mrs Bennett's changes to the ETS went largely unnoticed by the wider community, despite the financial importance of the ETS to businesses and households.

The Cabinet has made an in-principle decision to implement four proposals and asked officials to work on how they would be developed and implemented in the ETS during the next few years, so there would be no immediate changes.

Among the changes signalled are the introduction of auctioning of units, limiting participants' use of international units when the ETS reopens to international carbon markets, developing a different price ceiling to eventually replace the current $25 fixed price option and co-ordinating decisions on the supply settings in the ETS over a rolling five-year period.

Mrs Bennett says the proposals announced will provide businesses with the clarity they need about the direction of the ETS and BusinessNZ agrees.

The world is grappling with maintaining economic growth, reducing emissions and the decision by United States President Donald Trump to withdraw the US from the Paris agreement on climate change.

BusinessNZ says the process set out will allow for the economy-changing effects of the ETS to be carefully considered and will signal changes well in advance. Businesses and consumers will be better prepared for the change.

Significantly, agriculture is still out of the scope of the ETS. Mrs Bennett says the Government and the sector are continuing to invest in research and development for practical ways to reduce biological emissions.

The omission is unlikely to please everyone and, indeed, the Green Party has condemned the exclusion of agriculture while continuing to subsidise what the party describes as major polluters.

Local Government New Zealand has taken the side of Dr Wright. President and Dunedin Mayor Dave Cull says creating an independent climate change commission will help develop a robust cross-party approach to climate change. Climate change is a multi-decade issue and the responses need to be as well.

Cross-party agreement on anything, let alone climate change, is a forlorn hope. There is a financial cost to all in addressing climate change and no-one is yet addressing the major issue of agriculture being omitted from the ETS changes. Dr Wright also looks at long-term targets without talking about what happens now.

Mrs Bennett says the Government is committed to ensuring New Zealand businesses whose emissions are a big part of their costs are not disadvantaged compared with their international competitors.

If she is genuine in her commitment, then agriculture needs to be in or all business needs to be out. There cannot be an exclusion for such a large and important part of the economy at the expense of other industrial sectors.

Are the cracks showing?