GM laws must be re-engineered 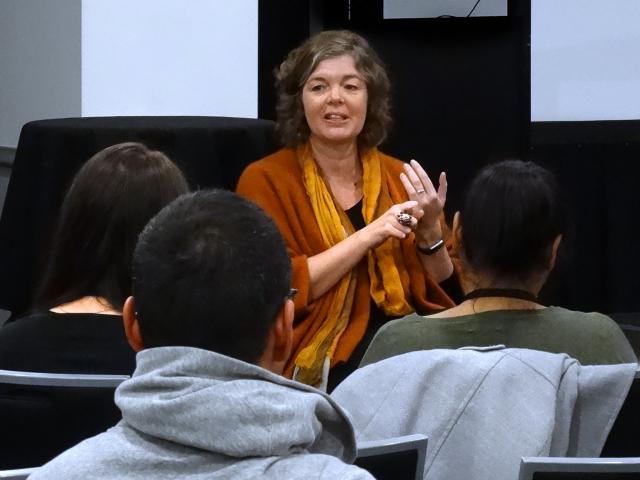 Inexorably and steadily, that is what is occurring over genetic modification and related fields.

A Royal Society panel last week issued a report calling for an overhaul of GM laws. It said the need was "urgent" for a fresh look at the use of the technology.

It explained definitions of genetic modification, or genetic engineering, are becoming harder to pin down. Much more nuanced approaches are required.

The Prime Minister's chief science adviser, Prof Juliet Gerrard, has also said the legal and regulatory frameworks were struggling to cope with technologies that had not been invented when the laws were passed two decades ago. She has told Jacinda Ardern the laws on GM were no longer fit for purpose.

Prof Gerrard's predecessor, Peter Gluckman, recently said the technologies offered "enormous potential" for a country that was, and likely always would be, a biological-based economy.

"If our country does not periodically consider how to use or not use evolving technologies, we run the risk of becoming a backwater with a declining competitive position," he said.

These, and other responsible scientists, acknowledge the need for society to debate the issues, not just leave it to the technical experts. They should be heeded.

The response from Environment Minister David Parker has been vaguely positive but too cautious. Leadership is needed in a world where such change is accelerating.

Nothing much is going to happen soon, however. It has been noted that while Mr Parker's formal comments included GM on medicines they did not encompass agriculture or pest control. The Royal Society, which includes among its fellows many of this country's leading scientists, examined each of these three sectors.

Change for medicine will mobilise the easiest support. Gene editing to combat cancer, for example, is hard to oppose.

And without genetic weapons in the pest control fight, predator-free Aotearoa by 2050 is a false hope. At the same time, all the precautionary principles on which the hopelessly outdated 1996 Hazardous Substances and New Organisms Act are based cannot be jettisoned. New Zealand's history is littered with examples where well-meaning biological controls sparked their own disasters. Just think of stoats being introduced to control rabbits.

With care but purpose, New Zealand will need to change its laws on genetic modification for its primary source of income, agriculture. This is both to combat climate change and to remain competitive.

There is, nevertheless, a legitimate counter argument to be considered, one that has nothing to do with science and everything to do with perception. The views of overseas buyers of New Zealand produce are relevant. A GM-free reputation in agriculture can, it seems, make a difference.

That has to be part of an urgent conversation. The Greens, in particular - happy to back the overwhelming views of scientists in support of climate change - must be prepared to support science for genetic modification. They need to forego their fundamentalism on this issue and engage in open-minded debate.

Such is the threat of a rapidly heating world that science and the genetic modification of grasses to reduce methane emissions should be among the many weapons in this wide-ranging battle.

The Government's own Interim Climate Change Committee has raised concerns genetic modification laws could be a barrier to lowering farming emissions. In response, the Cabinet has agreed to look at the overall regulatory environment, including genetic laws. But there is no current work reviewing the relevant legislation.

The stakes are high. New Zealand will be left behind if it is not at the vanguard of medical advances, earning its way in the world, revolutionising predator control and using genetic modification in the urgent climate change crisis.

The consumer, or shoppers' position would be expectation of full disclosure of product provenance, due to manifold dietary laws and preference. No pig genes in tomatoes is the longstanding argument.

NZ can ignore GM at its peril and thus remain in a rather backward like state...