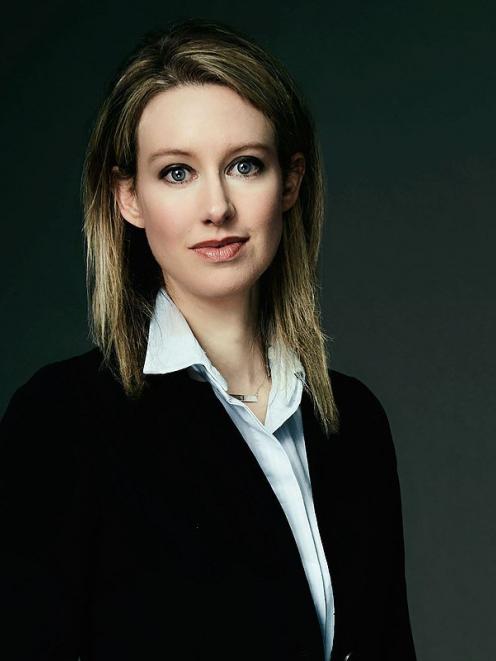 While Silicon Valley echoes with the catchcry “fake it ’till you make it”, substance should underpin the propaganda and puff.

Ms Holmes certainly faked it on a grand scale, sucking in $US900 million ($NZ1.3 billion) from the likes of tycoons Rupert Murdoch and Larry Ellison and prominent United States families.

She also recruited famous figures like Henry Kissinger, George Shultz and two former Secretaries of Defence to her board. None, tellingly, had medical backgrounds.

She was the next big thing, the next Steve Jobs of Apple, right down to the black turtlenecks she wore.

She featured on the cover of a stack of magazines, including Fortune, was hailed as the youngest self-made female billionaire and was interviewed about her “vision” by a gushing Bill Clinton.

But Ms Holmes, now aged 37, certainly did not make it. Her promise to revolutionise healthcare through pinprick blood samples and the “Edison” analysis device proved an illusion.

She launched her company as a 19-year-old Stanford University student. At one point, owned by her and business partner and long-time secret boyfriend Ramesh Balwani, Theranos was valued at more than $US9 billion ($NZ14.2 billion), bigger than Uber, Airbnb or Spotify.

A series in the Wall Street Journal in 2015 revealed the technology did not work, and the company unravelled. By 2018, it was no more.

The prosecution at her trial, which concluded this week, accused her of callous lying about the “sham” product to investors and patients as she tried to cover up failure. She acknowledged mistakes but said she never knowingly lied or misled. She also blamed Mr Balwani and his control over her.

She was convicted on three charges of wire fraud and one of conspiracy to commit fraud against investors. The prosecution would have been disappointed she and the defence were able to convince the jury not to convict her of knowingly lying to the public, among several further charges.

Such is the Elizabeth Holmes story that it has been the subject of highly rated podcasts, TV specials, a book, documentaries and soon a major film.

What emerges is a picture of a persuasive, driven woman who would truck no questioning. Theranos was litigious and secrecy was paramount. Ms Holmes expertly evaded difficult queries and exuded confidence and power.

Is not this the playbook of con people everywhere? We remember Southern District Health Board IT head Michael Swann and his $16.9 million fraud. He exhibited many of these characteristics, right down to being confident, like Ms Holmes, to take the stand face-to-face with the jury.

Startups commonly flop, for all sorts of reasons. Theranos, however, was a blatant case of hype over any substance, and it soon turned into lies. The Edison simply did not work, despite being launched and a million tests later having to be invalidated.

Dreams occasionally have been turned into massive business success by Silicon Valley startups, often beginning with hyperbole and long-shot proposals. Investors pour in their billions.

Such is the culture that investors, the media and the public were all primed to believe the Theranos chimera.

Surely, though, in California — and everywhere else for that matter — red flags should not be ignored.

Surely, we need to insist on satisfactory answers to tough questions.

Surely, we must be wary of the hype, the lies and the obfuscation that is used to con us all.