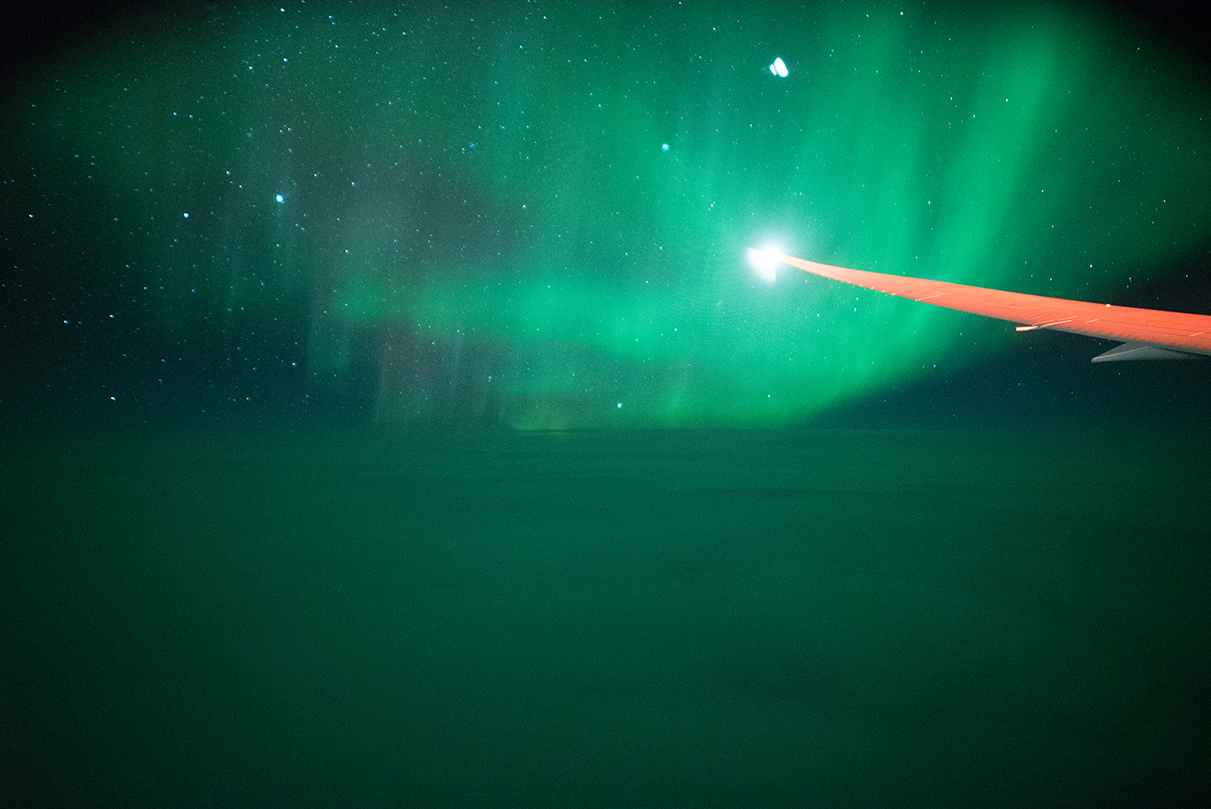 Just north of Oamaru, at the otherwise unremarkable settlement of Hilderthorpe, a stone cairn marks the 45-degree South parallel. Those going south are moving inexorably closer to the South Pole than the equator.

The landscape and the weather begin to change the deeper into the South one goes. And, from this point on, for those who care about what lies above the clouds, the possibility of seeing one of the wonders of the world grows with every passing kilometre.

Seeing the Southern Lights - more properly the aurora australis - is an awe-inspiring experience. Few who have watched them shimmer and shine from a dark spot on the Otago Peninsula or on one of the region's wild, south-facing beaches will come away not feeling they have been witness to something magical.

This truly majestic celestial display of colours along the southern horizon is not always visible. It depends on a large number of electrically charged particles from the sun hitting Earth's upper atmosphere.

But it is at the latitude of Otago and Southland, and further south, where one has the best chance of seeing any aurora australis, which can be a faint wash of white or blue or, more exceptionally, a tremendously vivid, dancing curtain of greens and reds.

Unfortunately it is also true that skies become increasingly cloudy the further south you go, due to the frequent passage of weather fronts and the influence of the prevailing westerly winds in the ''roaring 40s'' and the ''furious 50s''.

Dunedin astronomer and space enthusiast Ian Griffin has been the driving force behind an aurora-watching initiative which takes clouds out of the equation by leaving them a long way below.

Dr Griffin, who is Otago Museum director and a former head of public outreach for Nasa's Space Telescope Science Institute, masterminded and then organised the first two flights beyond the South to ensure clear viewing from altitudes of more than 12,000 metres for paying passengers.

The first flight, in March last year, was a Dunedin affair, using an Air New Zealand Boeing 767 out of the airport at Momona.

However, infrastructural realities have since nibbled away at the edges of Dr Griffin's dream. The second aurora flight last week had to operate from Christchurch Airport because Air New Zealand has since retired the 767. The replacement Boeing 787 Dreamliner requires a runway longer than Dunedin's.

Dr Griffin's disappointment - and that of many people in Dunedin - at the move to Christchurch is understandable, given the Southern Lights are less likely to be visible further north. At least the flights still have their home in the South Island. When Air New Zealand ran sightseeing flights to the Ice in the 1970s, they operated from Auckland.

Not much can realistically be done to remedy the problem of runway extent at Momona. The 1900-metre strip here, compared with Christchurch's 3280m-long main runway, restricts the current, larger planes.

But there is hope - Air New Zealand is said to be considering the new Airbus A321neo, which is of similar size to the Airbus A320 craft it now uses on the main routes in New Zealand and across the Tasman, but smaller than the Dreamliner. It also has a longer range, ideal for the aurora flights.

That combination of small, but long-range, planes would be perfect for the South. In the meantime, it makes sense for those involved in the flights here, under the guidance of the enthusiastic Dr Griffin, to do as much as they can to promote and support the operation's future.

There may be technical difficulties at the moment which require further trips from Christchurch. But few could argue that Dunedin - internationally recognised as an aurora-watching destination - is the natural home of the flights to the Southern Lights. It is almost inevitable they will end up back here.